A Q&A with city studies researcher Zack Taylor on what happens when cities go bankrupt.

The world is watching Detroit try to fight its way out of bankruptcy. We spoke to University of Toronto Scarborough city studies professor Zack Taylor on what happens when a city can’t pay its bills—and what the future looks like for the once-mighty Motor City.

How common is it for cities to go bankrupt?

It’s pretty rare. In the United States, an average of only one municipality per year has filed for bankruptcy over the past 60 years.

This isn’t the first time for Detroit. During the Great Depression Detroit fell apart because its economy was completely based on automobile production. People stopped buying cars and there were large scale layoffs. People could no longer pay their property taxes. The mayor set up an unemployment committee, which ran soup kitchens and provided direct relief to people—cities were responsible for providing welfare at the time. Detroit defaulted on its bond payments and started to issue its own promissory notes—its own currency promising to pay later—but ultimately the only way out was for the city to go into a kind of trusteeship, much like it is now.

It wasn’t just Detroit at the time, though. Cleveland was another high profile bankruptcy, and hundreds of American municipalities couldn’t repay their debt during the Depression.

Detroit went on to become a prosperous city in the interim, though, didn’t it?

Yes, they all did. The Canadian ones that went bankrupt did, too.

Which Canadian cities went bankrupt during the Depression?

Windsor was the only major city to go under, and this was because one quarter of its residents worked over the border in Detroit, and the U.S. closed the border to these workers to protect American jobs. They then couldn’t pay their property taxes in Windsor. It was mostly a suburban phenomenon in Canada. A number of suburban municipalities around Toronto, Montreal and Vancouver went out of business and were placed under direct provincial management until they turned a financial corner. Back in the 1930s public employees were not yet unionized so it was possible for the city to cut their wages and lay people off with less opposition.

What about the modern era? How common are municipal bankruptcies?

You might remember that in California in 1994, Orange County ran into trouble. You see it in California and in states where there are constitutional limits on cities’ ability to raise revenues. When cities in these circumstances run into trouble, they can’t raise property taxes to fill the gap, even if they have quite wealthy residents, like Orange County does. What makes Detroit extreme is that it’s the largest municipality to run into this sort of trouble since the Great Depression.

What are the causes of Detroit’s financial troubles today? Is it still about the auto industry?

Detroit has always been an automobile-based manufacturing economy. The economist Ed  Glaeser from Harvard says Detroit has suffered from its singular dependency on low-skilled assembly line production. Today, the automobile economy has moved elsewhere—to the U.S. South, where the wages are cheaper, or offshore. And the Big Three automakers have been in deep trouble themselves, laying off workers in higher-wage, higher-tax, and unionized environments like Michigan.

What about corruption? You hear about that a lot in Detroit.

The city has had a lot of high profile corruption in the past. There’s nothing new about that. I would put that on the shelf next to Glaeser’s argument that contemporary global economic transformation is stacked against a single-industry city that depends on mass production. The City of Detroit is not a centre of higher education or the kinds of things that spur an innovative economy. It’s really a 20th century industrial city.

What have been the consequences of Detroit’s decline?

Detroit’s population peaked in about 1950 at 1.85 million. Today it has a population of 700,000, most of them African-Americans living in poverty. And a quarter of the population has evaporated in the last 10 years. Things are so bad, they are turning off the streetlights and shutting off water and sewer services in certain sections to encourage people to leave. The average emergency response time is an hour. Half the ambulance fleet can’t run because the vehicles are old and broken down.

How can they just not send an ambulance when it’s needed?

They’re all broken. The city can’t provide services anymore. Even the poorest of the poor are finding ways to get out. The apocalyptic future of Robocop has come true in Detroit. The question is, how do you fund a local government that must rely on the property tax when 78,000 buildings are abandoned and property is basically worthless?

I have heard that the downtown is revitalizing, though.

In the 1970s, 80s and 90s, Detroit had a series of mayors who worked closely with the business elite to create mega projects like the Renaissance Centre and stadiums. You’d see Ford and GM investing in the city centre. But that’s such a small footprint compared to the overall problems the city faces. It doesn’t have much of a trickledown effect to ordinary people. It just means mostly white suburbanites can come downtown to a ballgame in a state-of-the-art ballpark.

The state passed a law enabling the governor to appoint an emergency manager, who takes over most of the powers of the city council. The manager will put together a plan to deal with the $18 billion debt and move the city back to solvency. He has control over tax rates and he can lay off workers. So we’re going to see sales of assets, layoffs of city staff, cutting of city services even further.

The emergency manager doesn’t have the power to impose decisions on the city’s creditors, though. That’s because after the U.S. war of independence, state legislators were passing acts that would absolve their rich friends of their debt. So when the constitution was created in 1789, they put a “contracts clause” in, which says that state governments cannot pass laws that impair contracts. What this means in practice is that when a city runs into financial trouble, it’s impossible for state government to regulate the process of bringing it back to solvency by asking its creditors to take less than they’re owed. So cities undergo the same process that a private company does runs into trouble—it gets fought out in courts.

You said that the situation is different in Canada? If a Canadian city was facing bankruptcy, it wouldn’t have to go to court?

That’s right. It would not be popular and would be criticized for creating a bad precedent, but in Canada a province can manage these situations and impose solutions, much as happened in the 1930s.

Who are Detroit’s creditors?

Forty percent of the city’s operating budget goes to debt servicing and benefits to retired city workers. They’re counting on receiving their pensions, and they’re being asked to write off a large portion of that. Also, European banks went big on Detroit debt in the last few years, when the American banks were on the ropes. Now that major European banks are on the edge of insolvency themselves, they’re exposed to over a billion dollars of Detroit bond debt, and they don’t want to take less than they’re owed.

Even if the court imposes a solution that the creditors have to live with, how will Detroit ever emerge in any meaningful way? It doesn’t sound like there’s much hope.

When a company goes bankrupt, it can restructure. It can come out smaller and more nimble and unencumbered—or it can just go out of business completely. A city is a territorial unit. The land doesn’t disappear. The people who live there don’t disappear. But a municipal corporation is treated much like a private corporation in this process. So what you get out the other end is a smaller, leaner government organization that has fewer employees, maybe more efficient administrative systems, less debt, fewer assets. But does that actually make it a better place to live? Probably not. 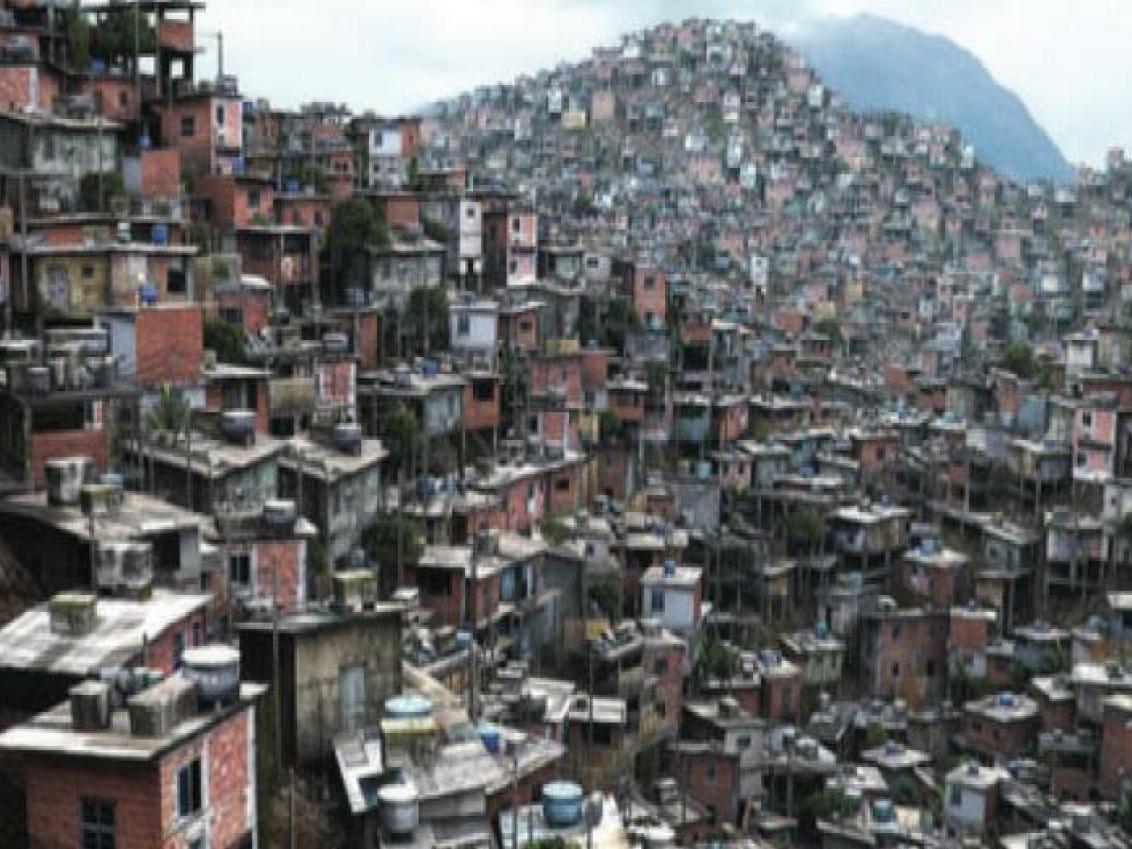