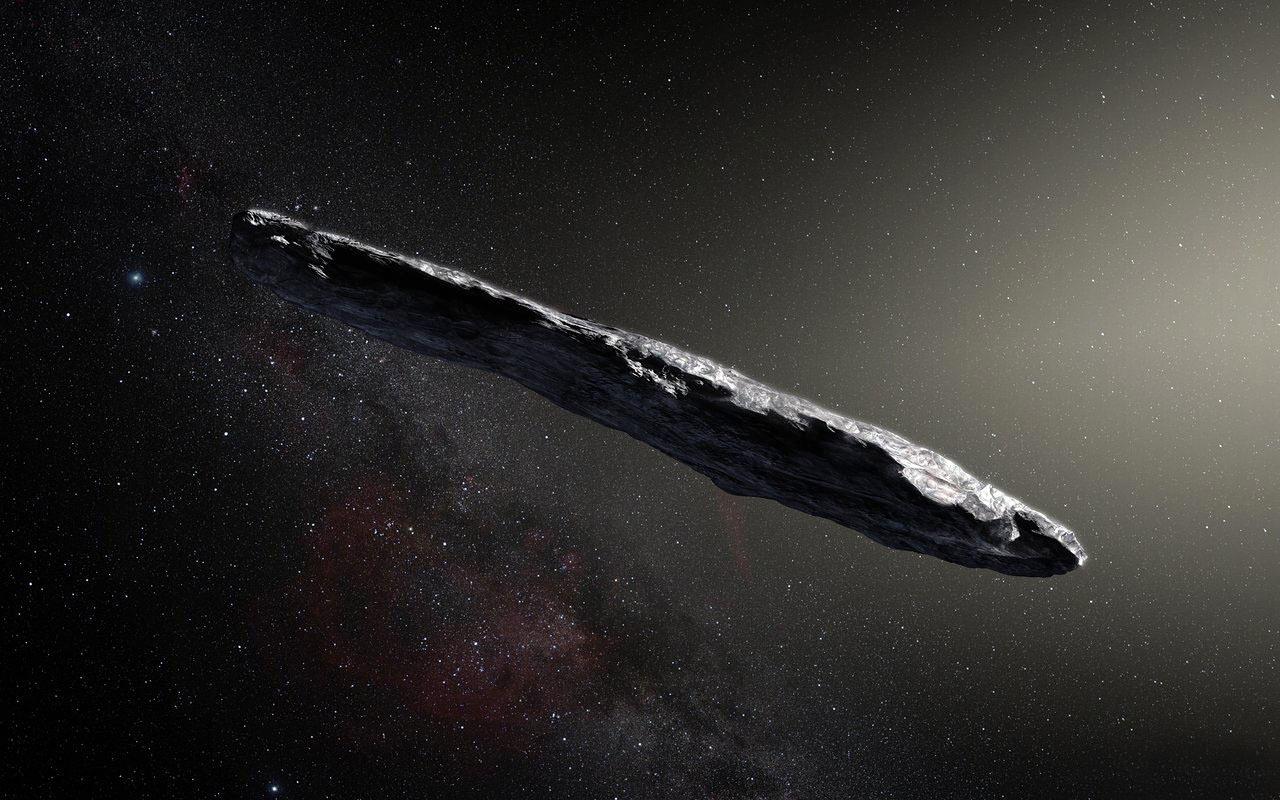 New research finds that ‘Oumuamua, the rocky object that puzzled scientists by rocketing through our solar system seemingly out of nowhere, very likely came from a binary star system.

“It’s remarkable that we’ve now seen for the first time a physical object from outside our solar system,” says lead author Alan Jackson, a postdoctoral fellow at the Centre for Planetary Sciences at U of T Scarborough.

For the study Jackson and his co-authors set about testing how efficient binary star systems are at ejecting objects, and they also looked at how common these star systems are in the galaxy.

“It’s really odd that the first object we would see from outside our system would be an asteroid because a comet would be a lot easier to spot,” says Jackson, who specializes in planet and solar system formation.

Once they determined that binary systems are very efficient at ejecting rocky objects, and that a sufficient number of them exist, they were satisfied that ‘Oumuamua very likely came from a binary system. They also concluded that it likely came from a system with a relatively hot, high mass star since such a system would have a greater number of rocky objects closer in.

A binary star system, unlike our own solar system, is one with two stars orbiting a common centre. The researchers suggest that ‘Oumuamua was very likely ejected from a binary system sometime during planet formation.

‘Oumuamua, which is Hawaiian for ‘scout’, was discovered by the Haleakala Observatory in Hawaii on October 19, 2017. With a radius of 200 m and travelling at a blistering speed of 30 km/s, the closest approach it made to Earth was about 33,000,000 km.

At first researchers assumed it must be a comet, one of countless icy objects that release gas when it warms up as it approaches the sun. But it didn’t show any comet-like activity as it neared the sun, and was quickly reclassified as an asteroid, meaning it was rocky.

Researchers were also pretty sure it was from outside our solar system based on its trajectory and speed. With an eccentricity of 1.2 – which classifies as a hyperbolic orbit – and travelling at such a high rate of speed meant it was not bound by the gravity of our solar system. In fact, as Jackson points out, ‘Oumuamua’s orbit is the highest eccentricity ever observed by an object passing through our solar system.

The research, which began this past October and was recently published in the Monthly Notices of the Royal Astronomical Society, was an intensive project for Jackson and his co-authors. The fact that ‘Oumuamua was classified as an asteroid piqued his curiosity, and the driving motivation was figuring out the big unanswered question of where it could have come from.

As a starting point, Jackson says it’s important to understand that in order for an object to be ejected from a star system it needs to interact with something big. In single star systems like our own, comets make up the vast majority of objects that are ejected because they form farther away and are less bound by the gravity of the sun.

“Comets can be thrown out of our solar system by interacting with Jupiter, which is a big object, but we also have some idea that Jupiter-sized planets are not that common,” he says.

Past research has found that only three to 10 per cent of star systems contain Jupiter-sized planets. But another large object that can easily eject something could be another star.

Major questions about ‘Oumuamua remain, notes Jackson. For one, researchers are trying to determine how it got its cigar-like shape. Another is where it may have originated.

“It’s very difficult to track exactly where it came from with any great precision,” he says. As you begin backtracking where you need to consider that stars themselves move around in the galaxy. At this time ‘Oumuamua doesn’t appear to be from a nearby star system, “not within the past 100,000 years or so anyway,” he says.

Still, for planetary scientists like Jackson, being able to observe objects like ‘Oumuamua may yield important clues about how planet formation works in other star systems.

“The same way we use comets to better understand planet formation in our own solar system, maybe this curious object can tell us more about how planets form in other systems.”