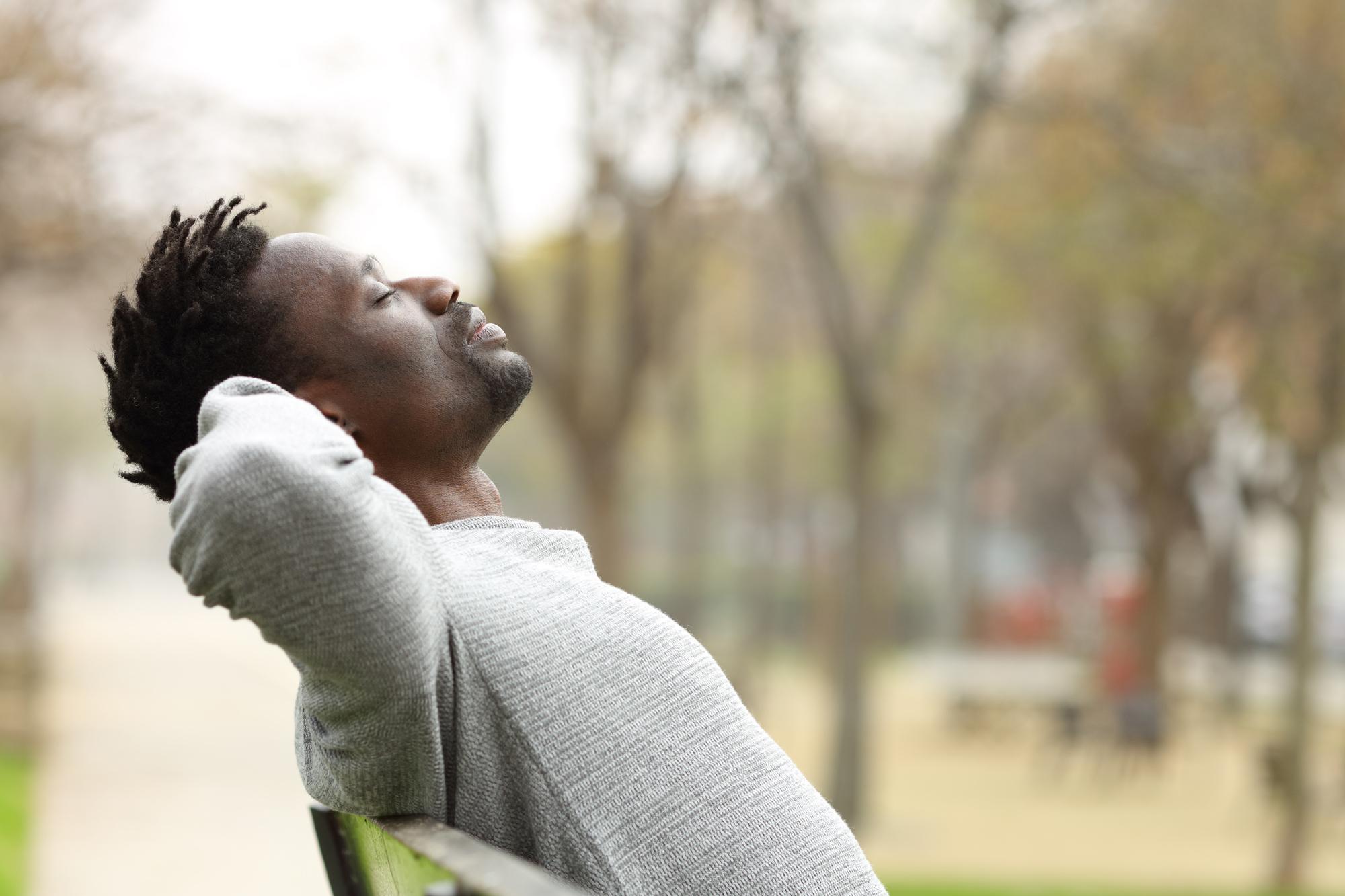 A new study co-authored by UTSC researchers finds that keeping sensation alive in the face of stress is critical for wellbeing (Shutterstock image by Pheelings Media)
Article Date
Wednesday, April 20, 2022

The physical sensations that accompany a sad mood can feel pretty intense. Some may feel a constriction of the chest, watery eyes and a raw throat, to name a few.

But Norman Farb, University of Toronto Mississauga associate professor of psychology, and U of T psychology professor Zindel Segal have discovered that keeping sensation alive in the face of stress is critical for wellbeing. This is particularly important for those who have recovered from depression.

In the largest neuroimaging study to-date of psychotherapy for preventing relapse and recurrence in depression, the researchers linked past depression with a greater tendency to shut down sensory processing when faced with an emotional stressor — and blocking out sensation is related to a greater risk of depressive relapse.

“We don’t like feeling bad things, (but) we don’t really think about the implications of balancing our short-term relief with our long-term health,” says Farb. “Our research explains why working to keep feeling is so important — it lays the groundwork for seeing that emotional stress actually robs us of sensation, and to undo stress, one must counter this inhibitory effect.”

The study was recently published in the journal NeuroImage: Clinical and was co-authored by Farb and Segal, along with U of T Scarborough PhD student Philip Desormeau and Cornell University professor Adam Anderson.

Professor Zindel Segal is a cognitive psychologist and a specialist on treating depression. He is also one of the founders of Mindfulness-based Cognitive Therapy (photo by Ken Jones)

The study included 166 participants who had recovered from depression, but were vulnerable to a future episode. They were divided into two groups and over an eight-week period, one group underwent cognitive therapy with a well-being focus, while the other underwent mindfulness-based cognitive therapy.

Between cognitive therapy sessions, 85 participants also had their brain activity measured through a fMRI scan while watching four consecutive clips from shows that wouldn’t normally produce an emotional trigger as a baseline, for example a lifestyle-related show on HGTV, and while watching clips from an emotionally charged movie such as 1983's Terms of Endearment.

For the following two years, researchers followed up bimonthly with participants to learn who had relapsed.

Farb says he and colleagues discovered something fascinating while studying the brain scans of those who relapsed: they had more of a tendency to "shut down." When exposed to the emotionally charged video clips, the parts of their brain that control sensations shut down more often than those who had not relapsed. Researchers also found that those who reported higher feelings of sadness during the movie clips weren’t necessarily more likely to suffer a relapse.

“What actually determined their depression levels was how much that sadness was accompanied by a sensory shutdown,” Farb says.

How a shutdown can lead to getting locked in

Farb says when our brains shut out sensory information during a negative mood, we are left with only our thoughts to make sense of what is happening. Often, these thoughts fail to provide a wider view of what is going on — and blocking out bodily sensations locks people into an “echo chamber” of their negative views.

“Our thoughts are there to nail things down so you can hold onto them over time, and that’s fine as long as they keep getting updated — but the thing that updates it is new sensations,” Farb explains.

The researchers say these findings can explain why negative everyday life situations — such as getting criticized at a work meeting or butting heads with your spouse — could cause a relapse in somebody who has recovered from depression.

Segal says these seemingly minor events can trigger deeper feelings of inadequacy and worthlessness in those with a history of depression.

“This negative mood gets tied up with thoughts about themselves, and can be easily perpetuated over time and the person can feel worse,” Segal says, adding that these thoughts often produce bodily sensations. “If the person suppresses these bodily sensations, their thoughts will compound into more and more depressive reactions.”

Farb adds that the study could help clinical researchers create new assessments around sensory inhibition as a risk marker for depression. It could also contribute to developing targeted therapies that help people recovering from depression become better at noticing their sensations throughout the day —  which will help them counter the tendency toward negative moods that can shut down sensation and "lock in" depressive thinking.

“We don’t have to wait until the person starts to really spiral, where it takes a lot of resources and time and effort to pull them out,” Farb says. “You can start to notice if the person is starting to fit the profile of someone who’s getting really sensory-avoidant . . . we can address it then, before the person stops showing up to work or taking care of their kids.”