The future of urban farming? Researchers are testing which crops grow best on green roofs as part of a large project at U of T Scarborough (Photos by Don Campbell)
Article Date
Thursday, October 13, 2022

Toronto has one of the most progressive green roof policies in North America – and was the first city on the continent to make them mandatory for new construction. Green roofs help cool buildings, leading to lower energy costs.

There are currently more than 700 dotting the city but most use shallow substrates (a mix of organic material, crushed bricks and some minerals such as sand and shale) instead of soil – and little to no irrigation. They require minimal maintenance and have not been designed with farming in mind.

“Growing food in these conditions is not easy,” says Marney Isaac, a professor in the department of physical and environmental sciences at U of T Scarborough who is co-leading a project with Scott MacIvor, an assistant professor in UTSC’s department of biological sciences, to test whether these roofs can become food-growing gardens.

Isaac, who is an expert on plant-soil interactions and sustainable agriculture, says a major challenge is making sure the crops get enough nutrients. Since the typical green-roof substrate is not as nutrient-rich as soil – and dumping loads of fertilizer on the tops of buildings isn’t possible – the team is testing a type of organic fertilizer.

Heat (too much) and moisture (not enough) are also concerns. Most Toronto green roofs are planted with sedum, a durable and drought-tolerant type of succulent that is efficient at storing water and cooling the soil. The researchers are looking at how different species of sedum might help more sensitive plants, such as crops, grow in harsh conditions.

The researchers are currently growing a variety of crops in 400 individual modules – boxes measuring 60 centimetres by 40 centimetres – on the roof of Highland Hall at U of T Scarborough. The goal is to see how certain plants interact with each other – a tried-and-true farming process known as intercropping. For example, planting legumes contributes nitrogen to the soil, which supports the growth of other crops.

It’s possible that one day your local grocery store will be able to grow food on its roof. Or people living in condos and apartments will be able to ascend a few floors to harvest their own fruits, vegetables and herbs, including ones not commonly stocked in stores. “It could give people living in cities an opportunity to grow the types of culturally important foods they can’t easily get,” says Isaac. 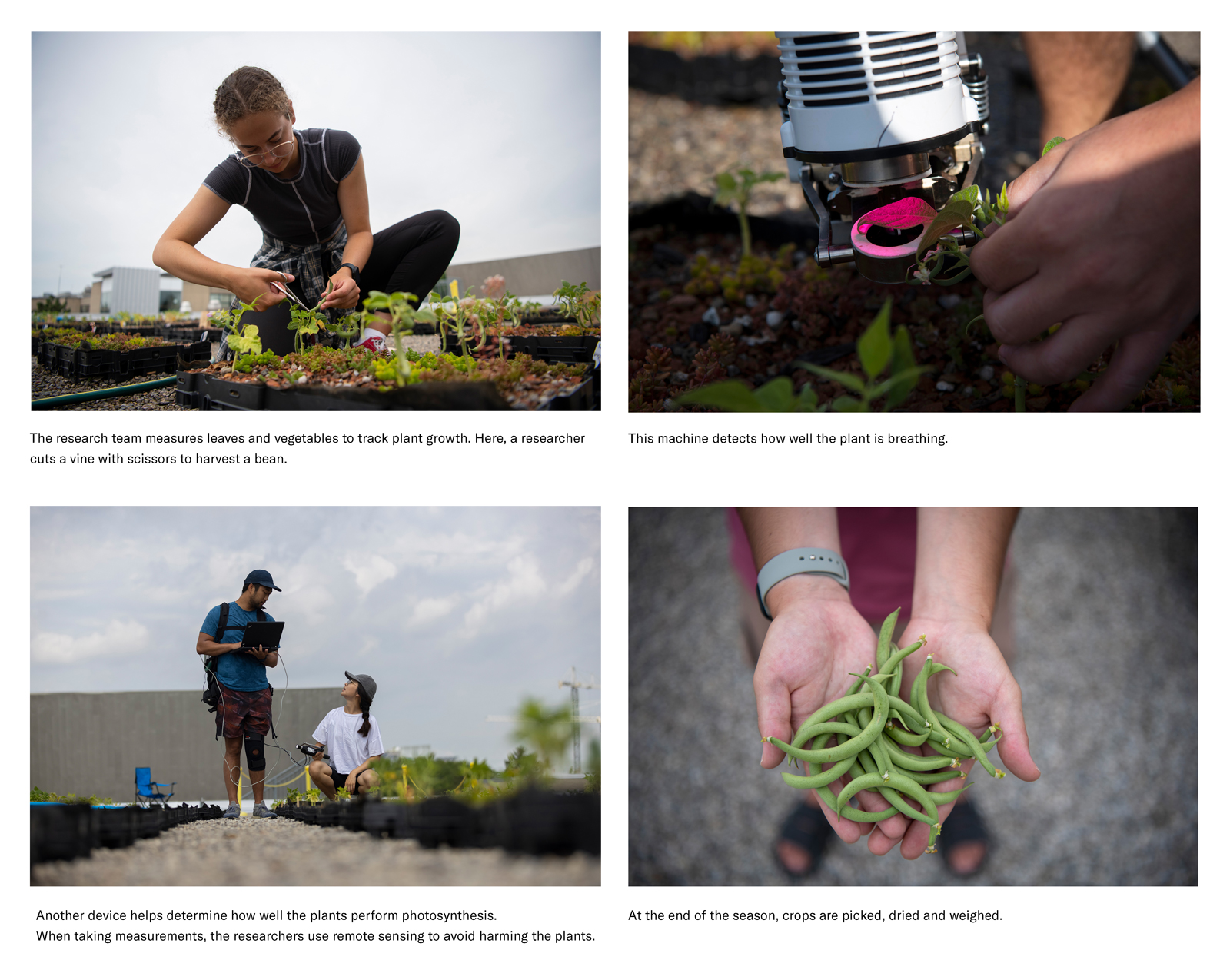