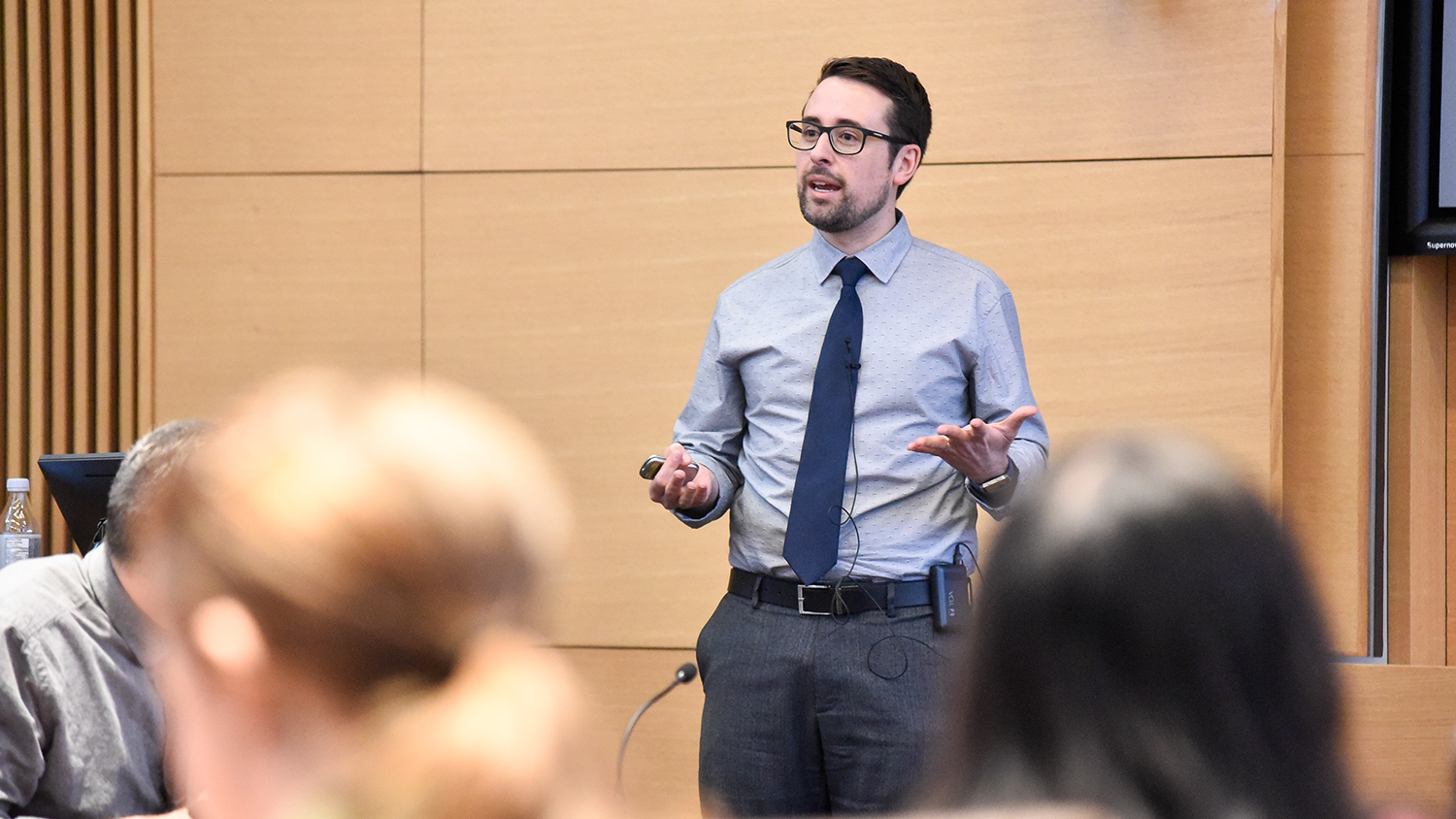 Family members of those with borderline personality disorder (BPD) show similarities in their brains and personalities­—they even interpret sad facial expressions similarly, according to a series of studies from U of T Scarborough.

“One of the more urgent questions I hear when I speak with family groups is whether the disorder can be passed down from parents to their children,” says Anthony C. Ruocco, professor, interim graduate chair and director of clinical training in U of T’s Department of Psychological Clinical Science.

“We are among the first researchers to study how factors in addition to symptoms and personality traits might run in families with BPD.”

BPD is a personality disorder categorized in part by impulsivity and difficulty with emotional regulation. Studies into BPD tend to focus on those with the disorder, but Ruocco wanted to identify which social and biological factors, beyond a BPD diagnosis, run in families. He says these characteristics might offer clues into what causes the disorder to develop and what can prevent it.

Ruocco found symptoms of BPD persist in families more than the actual diagnosis. Relatives also show the same bias toward sad facial expressions, a pattern of weakness and strength in self-regulatory skills and distinct brain activation patterns during impulse control.

Diagnoses other than BPD observed in relatives

Ruocco conducted his research in the Clinical Neurosciences Laboratory, where he acts as director. He compared 103 people with BPD, 73 first-degree biological relatives (parents, siblings and children) and 99 people with no history of psychiatric illness. Participants completed a range of tests, including interviews, questionnaires, emotion perception tests, problem-solving tasks and brain scans. Those findings informed four papers published between 2019 and 2021.

He found both those with BPD and their relatives showed higher levels of depression and substance use disorders. Relatives also received similar psychiatric diagnoses and showed more personality traits associated with emotional dysregulation and impulsivity.

“Even though you don’t see the full BPD diagnosis commonly in first-degree relatives, even having a few of the symptoms can be quite impairing,” he says. “This research really brings into focus some of the mental health challenges that many relatives of people with BPD experience.”

Families of someone with BPD are prone to interpersonal conflicts; Ruocco wondered whether facial expressions play a role. Several parents told him they try to show no emotion when their child with BPD is upset, yet often receive the response, “Why are you mad at me?”

“This pattern could suggest a heightened sensitivity to signals of threat in families with BPD, which could lead to arguments between family members, for example,” he says. “It's important to understand what we can do to better align social-emotional communication to improve family functioning.”

Another part of the study looked at impulse control via brain imaging. Researchers measured oxygen levels in the frontal part of the brain while participants were shown images and told to withhold responses for certain pictures.

People with BPD activated their prefrontal cortex less than the control group with no psychiatric diagnoses, but relatives showed greater brain activity than both. This pattern could mean relatives use more brain resources to control impulses, or they use similar resources differently to regulate themselves.

This research really brings into focus some of the mental health challenges that many relatives of people with BPD experience.

Ruocco’s most recent paper examined which cognitive abilities are associated with impulsivity and BPD. These abilities are known as executive functions, which are the complex thinking skills used to identify goals and plan the steps to reach them.

People with BPD tend to struggle more with executive functions, and researchers expected relatives to show similar difficulties. But relatives who had no psychiatric illness showed strengths and weaknesses. These relatives had stronger impulse control and abstract thinking abilities, though they also had less efficient problem-solving skills. This aligns with stories Ruocco heard from parents.

“People who have a child with BPD sometimes say to me, ‘We need to be able to better regulate ourselves to help regulate our child,’” he says. “These findings also might highlight the strengths in self-regulation that could protect the relatives of people with BPD from developing a psychiatric illness themselves.”

Funded by the Canadian Institutes of Health Research, Ruocco hopes his work can help validate the experiences of people with BPD and their families and inspire new directions for treatment.

“As we better understand these familial factors, we can start to integrate these findings into the treatments for families with BPD.”