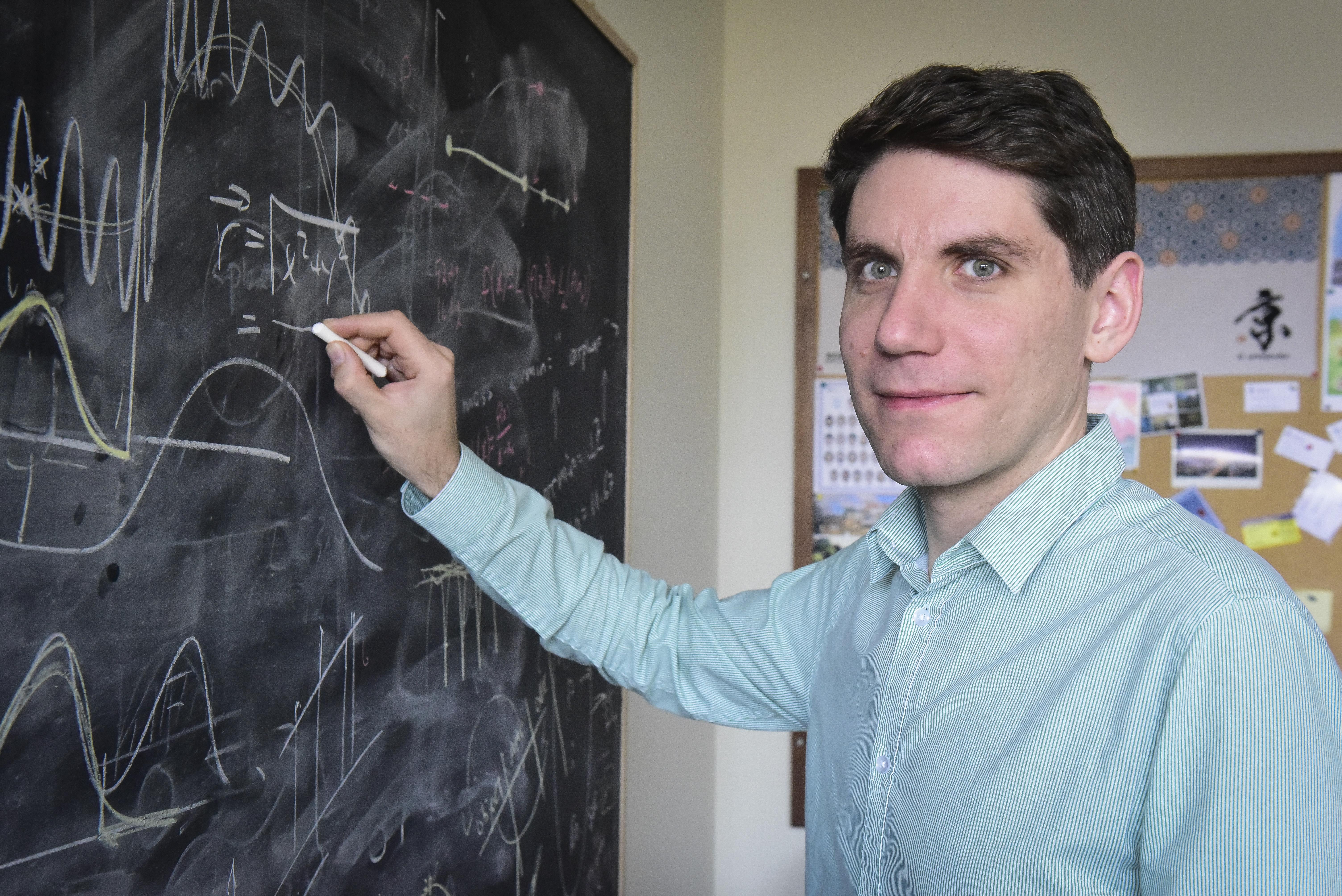 The Centre for Planetary Sciences (CPS) at U of T Scarborough is handing over the reins to a pair of trusted hands.

Assistant Professor Hanno Rein is the new director of the centre, taking over from Professor Kristen Menou who served in the role since it opened in 2013.

“Professor Menou and Professor Diana Valencia have helped establish the CPS as a well-known institution in the field, and it’s a privilege for me to start the next chapter from such a strong position,” says Rein. “I want to thank them for the groundwork they’ve laid these past five years.”

The range of expertise at the centre includes planet formation, the evolution of planetary systems, extrasolar planets, low-mass exoplanets, the interior structure of terrestrial planets as well as the dynamical evolution of planets and satellites to name a few.

Rein, who is an original faculty member at the CPS, was instrumental in reviving the UTSC Observatory and setting it up to help hunt meteors across southern Ontario. He also recently helped organize a conference that brought an international group of astrophysicists to campus.

“My goal is for every student at U of T Scarborough to know that we have a centre dedicated to planetary sciences, and comes to at least one of our events during their time here,” says Rein.

He helped organize many successful recent outreach events including the Solar Walks during the Canada Day long weekend, opening up the observatory for tours during Doors Open Toronto, and the recent solar eclipse viewing event.

“I’m really excited about the possibility of expanding on these types of events under the CPS umbrella in the future,” he says. “I hope to bring as much excitement about planetary science to Scarborough as I can.”