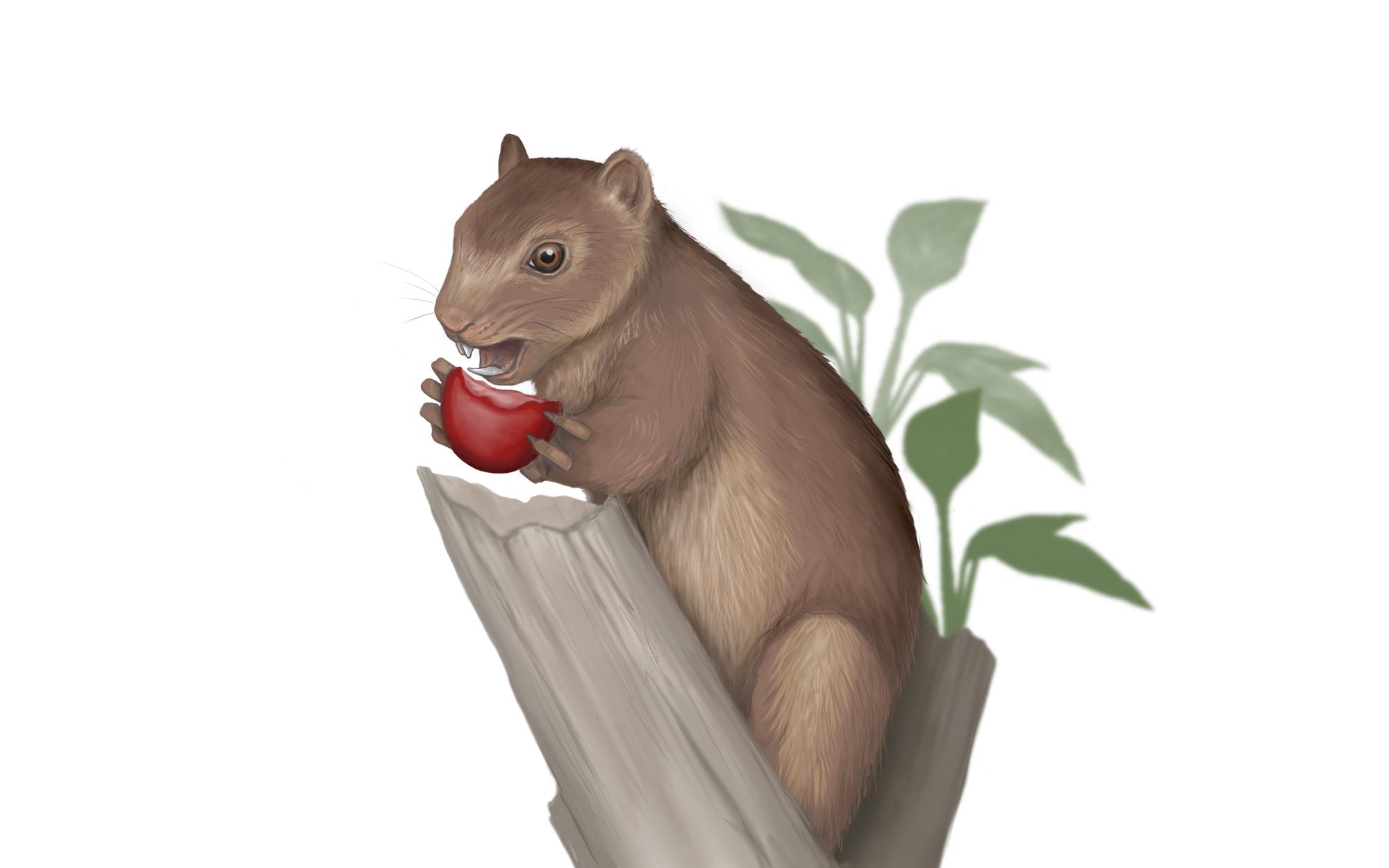 Artist rendering of Microsyops latidens, a mammal that roamed the earth during the early Eocene. UTSC researchers recently discovered cavities in its fossilized teeth, the oldest ever discovered in a mammal (Image by Ann Sanderson)
Article Date
Monday, September 13, 2021

A new U of T Scarborough study has discovered the oldest known cavities ever found in a mammal, the likely result of a diet that included eating fruit.

The cavities were discovered in fossils of Microsyops latidens, a pointy-snouted animal no bigger than a racoon that was part of a group of mammals known as stem primates. It walked the earth for about 500,000 years before going extinct around 54 million years ago.

“These fossils were sitting around for 54 million years and a lot can happen in that time,” says Keegan Selig, lead author of the study who recently completed his PhD student in Professor Mary Silcox’s lab at U of T Scarborough.

“I think most people assumed these holes were some kind of damage that happened over time, but they always occurred in the same part of the tooth and consistently had this smooth, rounded curve to them.”

Very few fossils of M. latidens’ body have been found, but a large sample of fossilized teeth have been unearthed over the years in Wyoming’s Southern Bighorn Basin. While they were first dug up in the 1970s and have been studied extensively since, Selig is the first to identify the little holes in their teeth as being cavities.

Cavities form when bacteria in the mouth turns foods containing carbohydrates into acids. These acids erode tooth enamel (the hard protective coating on the tooth) before eating away at dentin, the softer part of the tooth beneath the enamel. This decay slowly develops into tiny holes.

For the research, published in the journal Scientific Reports, Selig looked at the fossilized teeth of a thousand individuals under a microscope and was able to identify cavities in 77 of them. To verify the results, he also did micro-CT scans (a type of X-ray that looks inside an object without having to break it apart) on some of the fossils.

As for what caused the cavities, Selig says the likely culprit was the animal’s fruit-rich diet. While primates would have been eating fruit for quite some time before M. Latidens, for a variety of reasons fruit became more abundant around 65 million years ago and primates would have started eating more of it.

“Eating fruit is considered one of the hallmarks of what makes early primates unique,” says Selig, whose research looks on reconstructing the diets of fossil mammals.

He adds that M. Latidens would naturally want to eat fruit since its full of sugar and contains a lot of energy. “If you’re a little primate scurrying around in the trees, you would want to eat food with a high energy value. They also likely weren’t concerned about getting cavities.”

The study, which received funding from the Natural Sciences and Engineering Research Council of Canada (NSERC), not only includes the largest and earliest known sample of cavities in an extinct mammal, it also offers some clues into how the diet of M. Latidens changed over time. It also offers a framework to help researchers look for cavities in the fossils of other extinct mammals.

Selig says identifying cavities in fossils can tell us a lot about the biology of these animals. It can help figure out what they were eating and how they evolved over time based on their diet. For example, while evolutionary changes in the structure of a jaw or teeth suggest broader changes in diet over time, cavities also offer a window into what that specific animal was eating in their lifetime.

“It might be surprising to some that cavities are not a modern phenomenon, and they certainly are not only unique to humans,” he says.

“I think it’s interesting that here we have evidence of cavities that are more than 54 million years old, and that its teeth can tell us so much about this ancient animal that we couldn’t get anywhere else.” 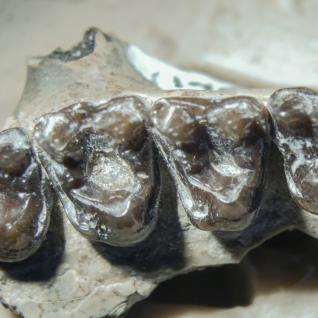