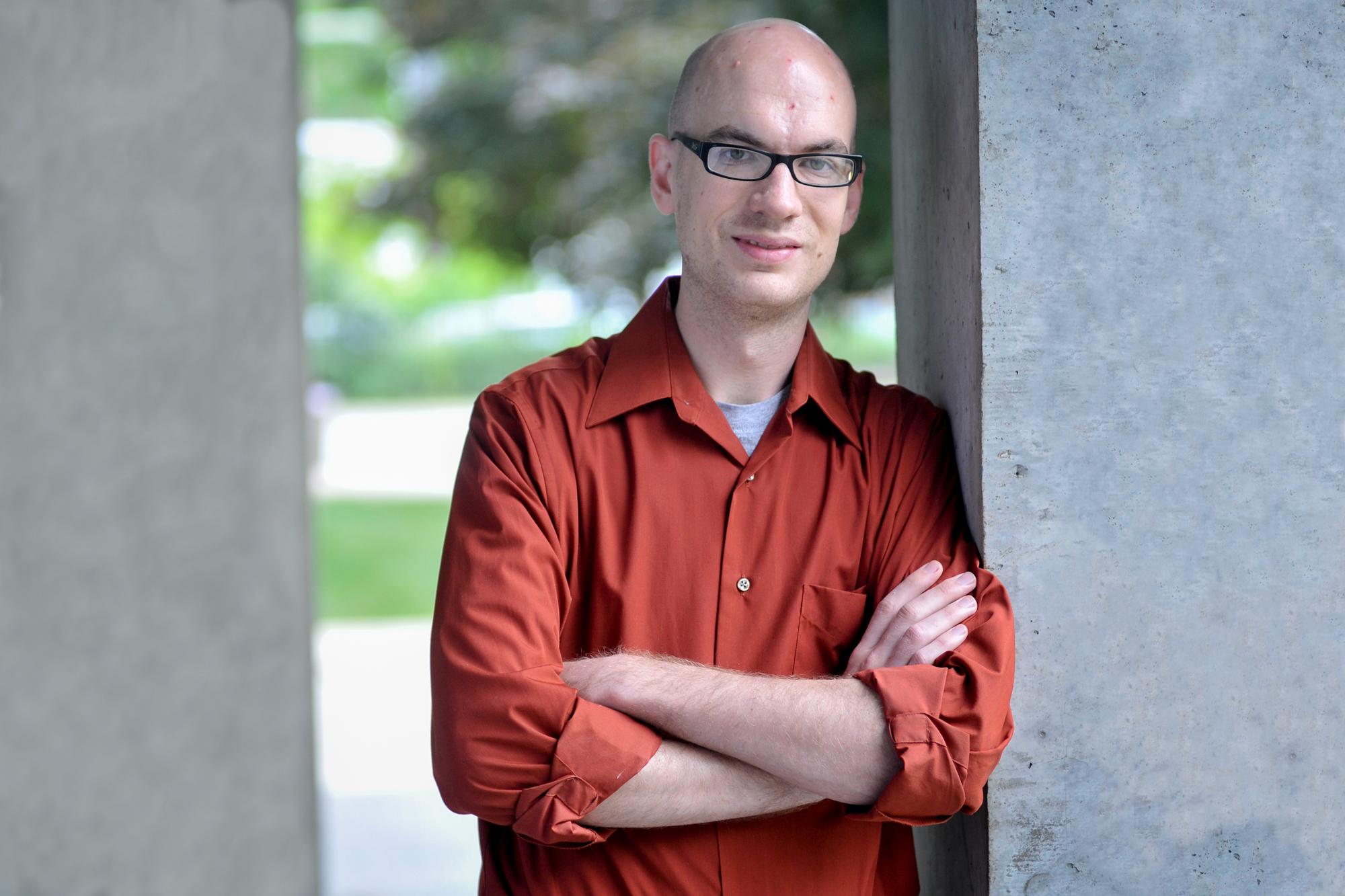 New research by U of T Scarborough management professor Brian Connelly finds that reputation can be the most accurate (but often overlooked) measurement in assessing personality (photo by Ken Jones)
Article Date
Wednesday, July 14, 2021

But according to a new U of T Scarborough study, they may be overlooking the key ingredient in determining future employee success.

“Our reputation seems to be the most important and accurate part of predicting performance,” says Brian Connelly, an associate professor in the department of management and lead author on the study. “It’s also one that’s largely been ignored in the past by personality assessments.”

The research, published in the Journal of Applied Psychology, asked 455 military cadets in South Korea to rate their own personality while also having their personality rated by three fellow cadets. The researchers also collected ratings on citizenship behaviours as well as academic and job performance.

Not surprisingly, the cadets who were conscientious (hard-working and reliable) and agreeable (friendly and cooperative) tended to be the highest performing. But the researchers found it was the cadets’ reputation – not their personality traits or identity – that was the most accurate predictor of that success.

Connelly says personality research and the way personality measures are practiced have traditionally focused on traits, assuming that the best way to measure it is to ask people to describe themselves. Connelly says organizations have also largely relied on these self-descriptions, but when it comes to identifying talent, this approach has left out what could be the most important part.

Our reputation seems to be the most important and accurate part of predicting performance.

“Personality isn’t fixed or uniquely ‘owned’ by the self – it emerges in the roles we occupy and the relationships we build with others,” says Connelly, who is an expert on how organizations can best use personality measures to address workplace challenges.

“Our findings suggest that it’s those emergent aspects of reputation that are the most important for employers and employees to consider.”

Connelly says there could be several reasons for why reputation is such an accurate predictor of success. It could be that others are better at picking up on the information that may be getting distorted by an individual. “Kind of like the way you hear your voice is different from others – there’s a vibration in your ear when you talk that actually distorts your voice.”

Peers are also judging reputation based on behaviour. They don’t necessarily know an individual’s thoughts, feelings, goals or past experiences, they’re only witnessing performance. And that performance is only being viewed in one specific context, not in other contexts outside of work.

It also isn’t a hopeless cause that your reputation is in the hands of peer perception. Connelly says that personality can and does change over time.

“It can shift in response to the demands or circumstances of life,” he says, pointing to research showing that as people reach their late-20s, for example, they become more agreeable and conscientious.

People can change aspects of their personality by setting goals, notes Connelly. If they want to be more assertive for example, they can set goals on how to achieve that in their interactions with others.

“It’s not necessarily the case that you are born with a specific personality stamped on you,” he says.

“I find it inspiring that you are not this fixed person, it’s more about what you do, and that you can change what you do in order to achieve these higher levels of performance.”