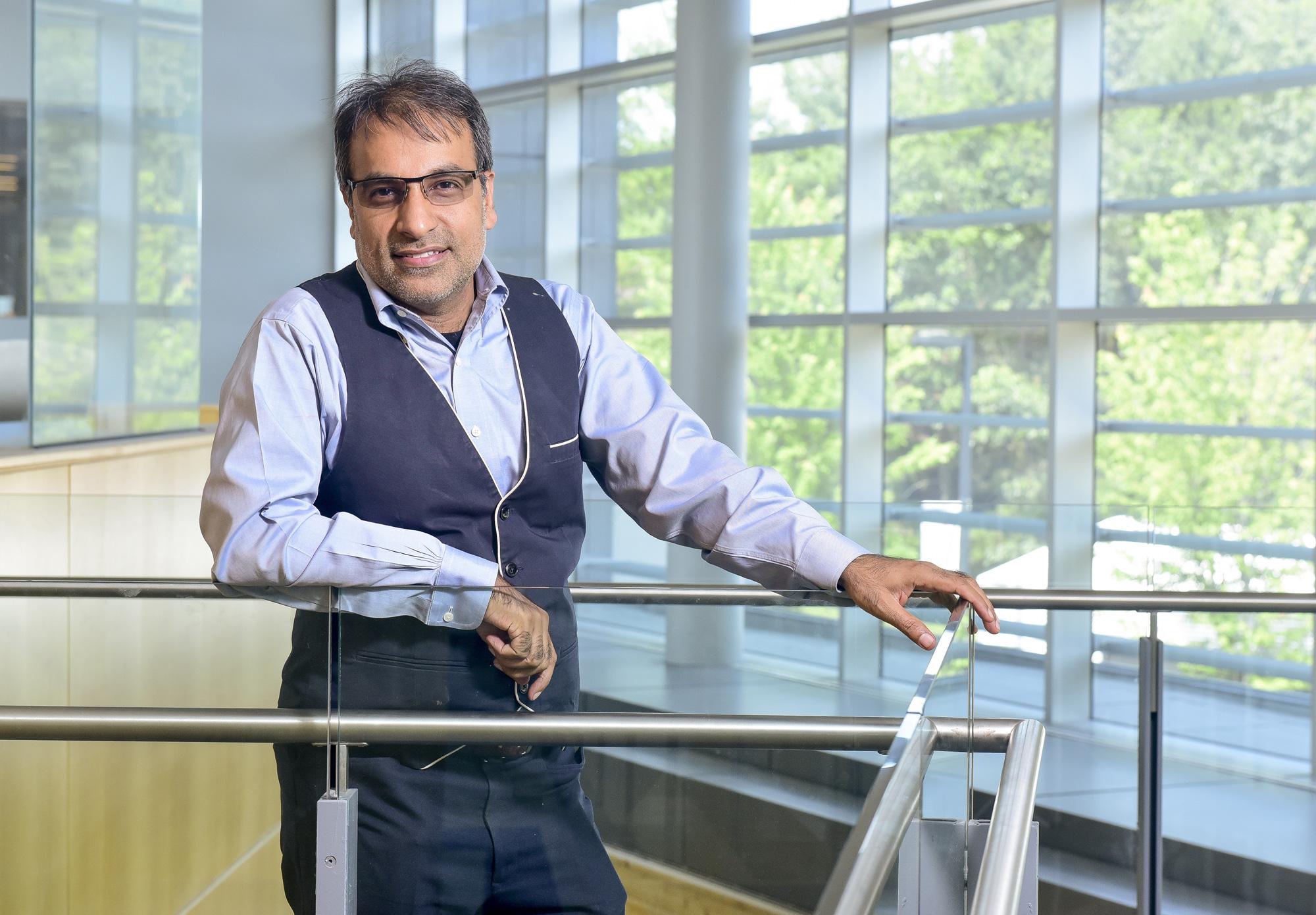 Dr. Tayyab Rashid is a licensed clinical psychologist at the Health & Wellness Centre, and an associate faculty member in the graduate department of psychological clinical science program at U of T Scarborough.
Article Date
Monday, August 28, 2017

Dr. Tayyab Rashid’s approach to clinical psychology is to first focus on the positive. For him, dwelling only on doom and gloom, dysfunction and weakness, is just not enough.

“I prefer to take a strengths-based approach,” says Rashid, a licensed clinical psychologist at the Health & Wellness Centre, and an associate faculty member in the graduate department of psychological clinical science program at U of T Scarborough.

“My role as a clinician is to be empathetic, but also bring about a carefully modulated attention to where clients want to focus their energy,” he says. “After all, if their focus is only ever on the bad things, where will that lead?”

For his clinical and research work Rashid recently received an Outstanding Practitioner Award from the International Positive Psychology Association. The award is given annually to a practitioner who advances the practice of positive psychology in ethical and evidence-based ways.

Positive Psychotherapy (PPT) uses patients’ positive emotions and character strengths to help them cope with symptoms that can include severe depression, anxiety, impulsivity and trauma.

The goal of the therapy, says Rashid, is not to have clients imprisoned in their negative thoughts. Rather, he emphasizes a focus on how much they’ve accomplished in order to build up character strengths, which helps form resilience.

Rashid’s credentials as a clinical psychologist and researcher speak for itself. As a postdoc, he helped develop Positive Psychotherapy (PPT) with Dr. Martin Seligman, the former president of the American Psychological Association and one who pioneered the current movement of positive psychology.

In addition to developing Flourish, an award-winning, strengths-based mental health program for students, Rashid also recently published a three-year study on the therapeutic potential for building on the strengths of people diagnosed with borderline personality disorder.

“That was the most difficult project I’ve worked on,” says Rashid, noting that two-thirds of the participants had a history of abuse, while 90 per cent had a history of self-harming behaviour.

“Those who persisted with the treatment found it quite useful and meaningful, which was an encouraging finding.”

As a clinician, he’s worked with a range of clients with mental health challenges, including survivors of 9/11 and the Asian tsunami. While the traumas and experiences of his clients can be emotionally taxing, much like his strengths-based approach, he views it in a positive light.

“There’s a term floating around called compassion fatigue, but I look at it as compassion resilience,” he says.

“I get stronger from these stories. I’m in a position of privilege as a psychotherapist who works at a university. I’ve been fortunate in life, but if my clients have the courage to share their stories with me and start to approach these hurdles in their life, that’s what inspires me the most.”