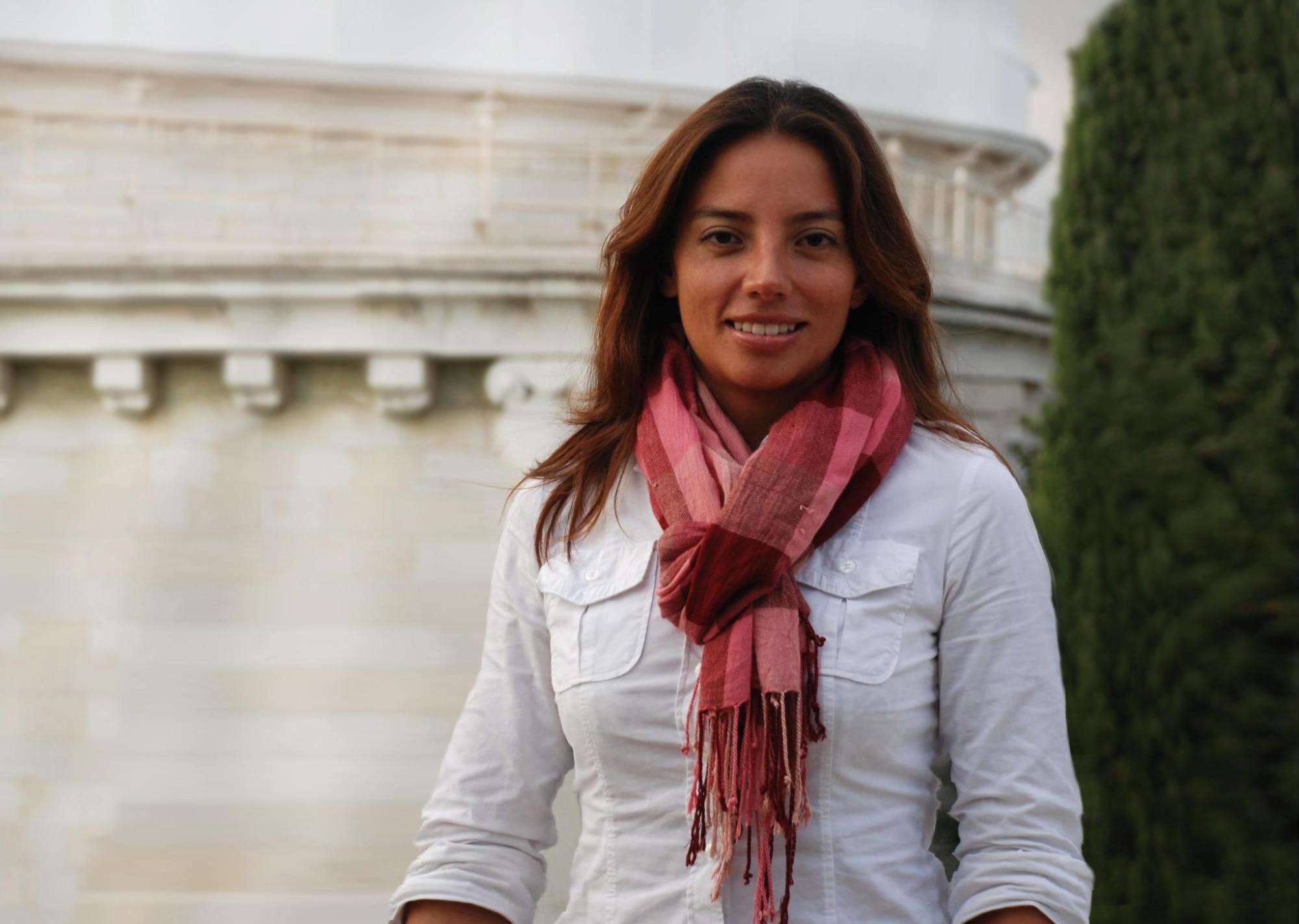 Professor Diana Valencia has been awarded a prestigious European research prize for her pioneering work on exoplanets.

Valencia was this year’s co-recipient of the Paulo Farinella Prize for her contributions to better understanding the interior structure and dynamics of terrestrial (rocky) and super-Earth exoplanets.

“I have seen the field grow from not knowing anyone else studying these planets when I was a PhD student, to a flourishing research field attracting numerous young scientists,” said Valencia, an associate professor in the department of physical and environmental sciences at U of T Scarborough.

“It feels particularly special to be recognized in the research field I helped to grow from the beginning.”

Valencia’s research focuses on the interior of planets, its composition and how it evolves – including ways in which it might enable the emergence of life.

She was one of the first scientists to combine geophysics and astrophysics to study exoplanets. Her pioneering work includes developing the first interior model and first mass-radius relationship for rocky exoplanets (1-10 Earth masses). Her exploration into the possibility of plate tectonics on super-Earths spurred a lively debate in the field that continues today.

She’s also explored the composition of these planets, which has been essential for comparing them to Earth and other exoplanets. Her work on exoplanet GJ 1214b in particular has inspired atmospheric observations of super-Earths and mini-Neptunes to better determine their composition.

The Paolo Farinella Prize was established in 2011 in honour of scientist Paolo Farinella (1953-2000). The winner is selected annually and must not be older than 47 years old.

It’s given in recognition of contributions to fields of research important to Farinella, including space geodesy, fundamental physics, science popularization, as well as security in space, weapons control and disarmament.

The prize was awarded at the Europlanet Science Congress that was held virtually in late September.