Was sensationalism in COVID-19 news coverage a good thing? UTSC researchers have a surprising answer 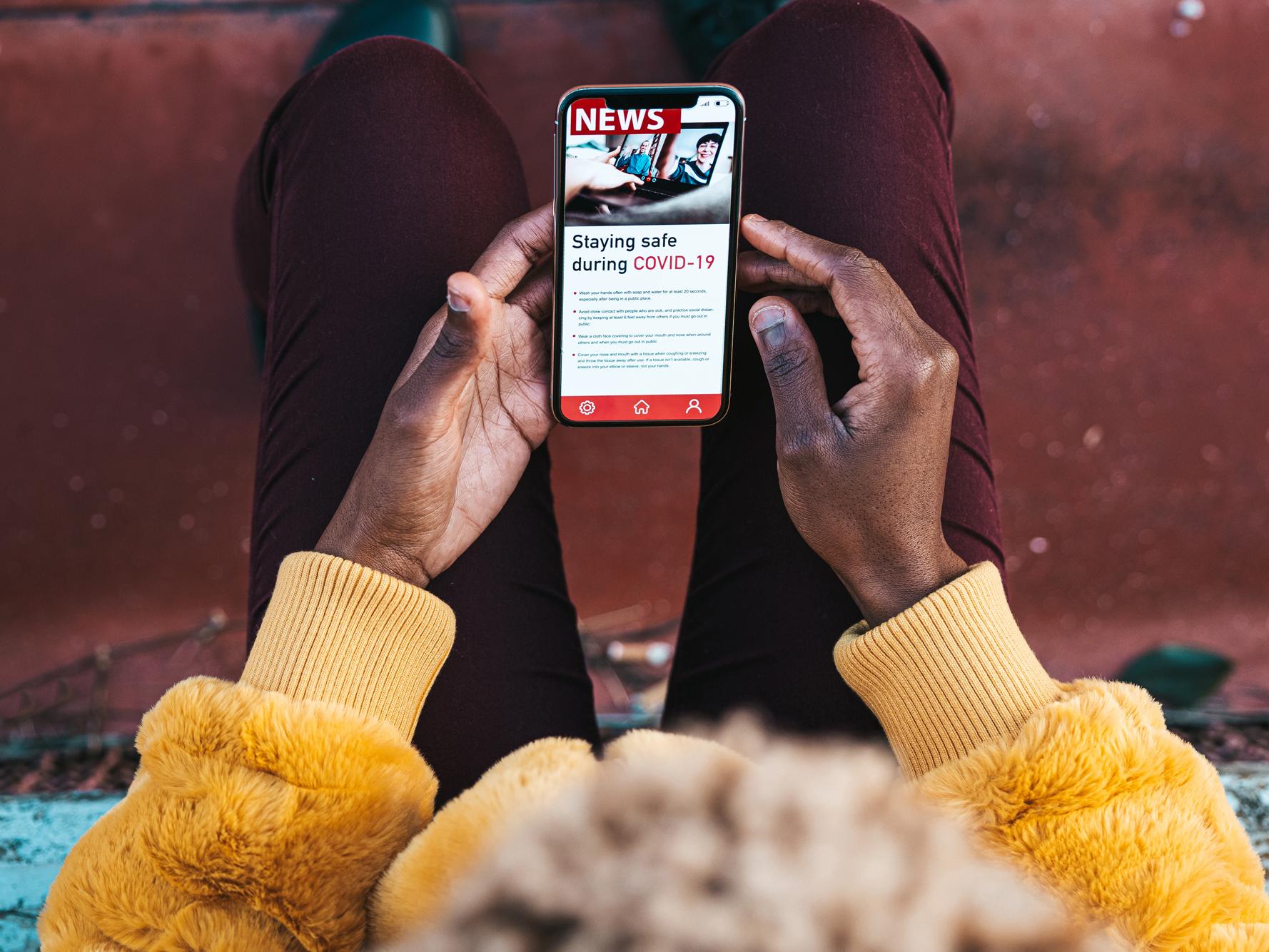 A new U of T Scarborough study looks at the role media played in communicating life-saving information during the first six months of the COVID-19 pandemic.
Article Date
Wednesday, October 20, 2021

When the COVID-19 pandemic shut down the world, many were left to sort through ever-changing information about the virus.

Now, a recent study by a group of U of T Scarborough researchers is helping us understand the media’s role in communicating life-saving information.

The research, published in the Journal of Humanities and Social Sciences Communications, explores the role select national print and online news coverage had on decision making, particularly for provincial and federal health agencies. Researchers focused on media coverage from March 2020 through August 2020 in Canada, the United Kingdom and the United States.

“In this study, we’re looking at the interface between science, society and decision making and who are the actor groups that play a mediating role, bringing science to decision-makers,” says Nicole Klenk, an associate professor in the department of physical and environmental sciences at U of T Scarborough.

Researchers analyzed 1,331 articles, which covered information about public health measures and the transmissibility of COVID-19. The study highlights that low sensationalism, combined with low scientific quality in reporting may have downplayed the risks of COVID-19. Researchers also found that despite increased knowledge of the virus, scientific quality in reporting did not improve during that time frame.

In Canada and the United States, sensationalism was lowest for the Toronto Sun, Wall Street Journal and New York Post. Jennifer Taylor, one of three PhD students who worked on the project, explains that while sensationalism typically has a negative connotation, redefining and measuring it in this context was one of the most surprising – and challenging – aspects of the project.

“It’s difficult to measure sensationalism and scientific quality when knowledge is constantly changing about the virus,” says Taylor, who worked on the study virtually from Peru.

“We define sensationalism as news strategies that make the news seem more extraordinary than it is. But if you look back at those articles, they weren’t letting us know how extraordinary those circumstances were and turned out to be.”

While news articles generally had moderate scientific quality, outlets from all three countries that align with ring-wing politics, specifically the Toronto Sun, New York Post and Daily Mail, had the lowest scientific quality in their coverage.

As COVID-19 infections and deaths skyrocketed in the U.S., the failures of the Trump administration, including disinformation, the politicization of the pandemic and high-sensationalism in election coverage, were some characterizations of the reporting highlighted in the study.

“When you look at the American context specifically, there was a big downplay by the previous administration,” says Brian Pentz, a PhD student in environmental studies at U of T Scarborough.

“We’ve seen the same downplay in our results in conservative newspapers, where sensationalism was low.”

Newspapers that run parallel with the political left in the United States, like the New York Times and Washington Post, tended to lean towards coverage that unpacked risks of the virus and spotted disinformation spread by government leaders. While reporting was stronger in Canada, the country also had the least COVID-19 coverage compared to the U.S. and U.K.

“The Canadian media did perform slightly better than the other media outlets assessed in the United States and the United Kingdom and scored better when it came to scientific quality,” Pentz says.

“We do see higher scientific quality in the media coverage correlating with a more effective response by politicians and public institutions.”

The resilience in research

While this area of research is not common for the physical and environmental sciences, Klenk and her team pivoted during the pandemic to adjust their research lens. The project provided an opportunity for master’s students, who were unable to land internships due to the pandemic, to work on the six-month-long research journey.

“From the start, we knew if we put our effort and time together, we can produce a paper, and get it out as soon as possible, considering the urgency of making good decisions based on the best available science,” Klenk says.

Data collection, coding, analysis, writing and interpretation of the results were conducted through virtual meetings and made possible with the help of the Science of Actionable Knowledge (SOAK) Network and Katharine Mach from the University of Miami Rosenstiel School.

“I think this is a story of resilience for our group. It gave us purpose and made us feel like our research could be useful,” Klenk says. “We felt we needed to do something to keep us on track.”