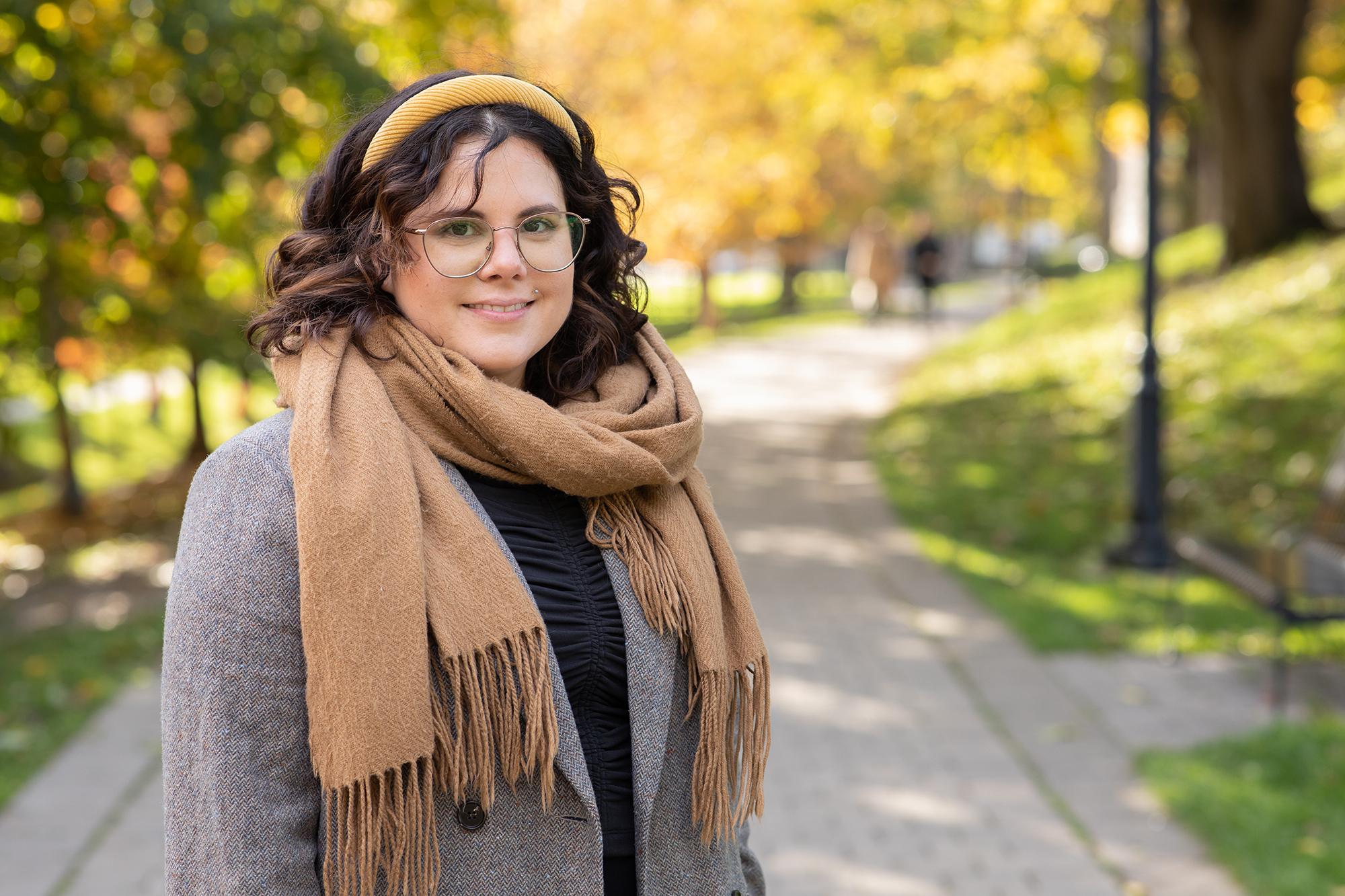 Élyse Caron-Beaudoin, assistant professor in the department of health and society, co-authored a study that tracked more than 6,000 women who over 10 years (Photo by Johnny Guatto).
Article Date
Monday, April 25, 2022

Women living close to natural gas operations experienced higher rates of depression and substance use during pregnancy, according to a new study.

The study looked more than 6,300 women who gave birth in northeastern British Columbia, an area known for its natural gas industry.

“Living near natural gas operations has been associated with an array of negative health outcomes, but little is known about the potential impact on maternal mental health,” says Élyse Caron-Beaudoin, an assistant professor in the department of health and society and one of the study’s authors.

“This adds to a growing body of evidence that living near unconventional natural gas operations is linked to adverse health outcomes.”

The study, published in the International Journal of Hygiene and Environmental Health, included women who gave birth at Fort St. John Hospital, the largest in northeastern British Columbia, over a 10-year period. Mental health data came from the local health network while information about substance use came from a self-reported questionnaire.

The research team estimated exposure to natural gas operations — including fracking operations — by using the distribution of wells in four (50-, 10-, 5-, and 2.5-kilometre) zones around the participants’ postal code.

Caron-Beaudoin says there are many potential reasons why living close to these operations can lead to higher rates of depression and substance use. While exposure to chemicals might be a factor, she says natural gas operations in general are highly disruptive to a community.

The area of B.C. involved in the study was predominantly known for agriculture but has since been transformed by the oil and gas boom. This has resulted in a flood of people moving into the community, which has dramatically driven up the cost of living.

She points to research done on oil and gas boom towns in the U.S. that experienced increases in violent crimes, alcohol and substance use, and other community health crises. Many of the communities were not equipped to handle these challenges due to a lack of social services.

“There is a big disturbance in the social fabric of those communities,” she says. “Studies in the U.S. identified higher levels of anxiety and a loss of community cohesion among residents because their communities were upended.”

In northeastern B.C., natural gas is extracted using a technique called hydraulic fracturing, often referred to as “fracking.” It involves using high amounts of liquid pressure to create cracks underground to force natural gas to escape into wells (it’s a technique also used to extract oil). However, some of the chemicals used in fracking operations are toxic and can contaminate the surrounding air, water and soil.

Caron-Beaudoin is one of a few researchers actively looking at the potential health impacts associated with natural gas exploitation in Canada. As one of the largest global producers of natural gas, she says more work needs to be done on the health effects of fracking operations in Canada.

Recently, a study from the University of Calgary found that proximity to fracking operations was associated with greater risk of preterm birth in Alberta. This echoes findings on birth outcomes in northeastern B.C. published last year by Caron-Beaudoin.

“It’s concerning that important policy decisions are being made with such a blatant lack of knowledge and information,” she says.

The area of northeastern B.C. where the study participants are located will also be home to a massive new gas plant that could significantly increase the number of wells in the near future.

“Fracking operations in particular have completely changed the landscape of oil and gas extraction, but we don’t have a lot of Canadian-based research on the public health impacts of this industry. It’s time for that to change.”