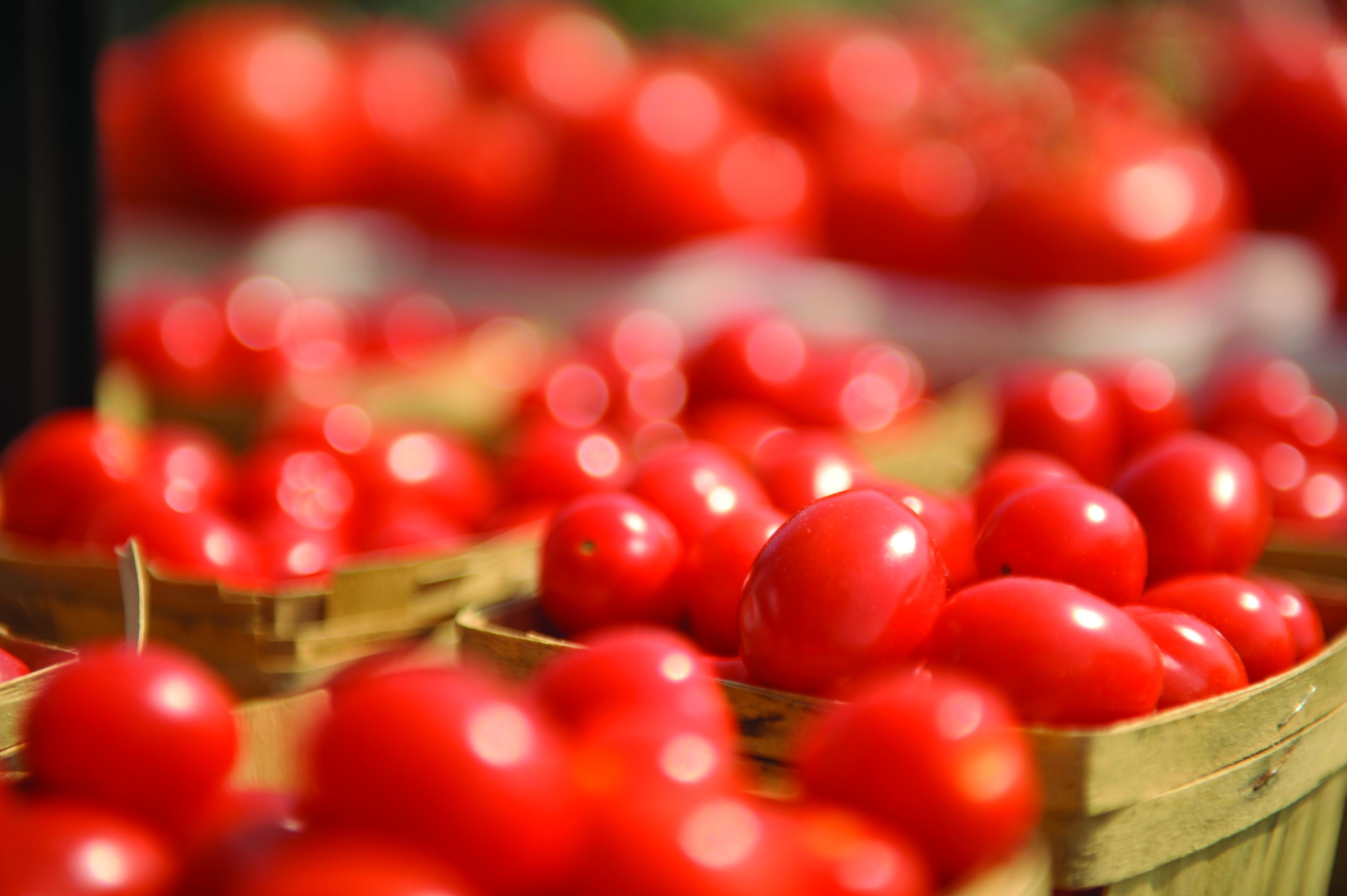 Most Wednesdays after work Kim Richard has stopped by the UTSC farmers' market to pick up fresh baked goods, or produce straight from the farm, or just some fresh-popped popcorn.

"It's kind of a fun thing to do at the end of the day," says the UTSC director of human resource services. "And it's a great community builder."

As a regular, Richard is on friendly terms with many of the vendors. She thinks that the market provides a convenient, environmentally sustainable way for members of the community to do some of their food shopping.

That’s just what UTSC had in mind when it started the market. After a successful pilot project last year, the farmers' market returned to campus in the spring. It runs Wednesdays from 3 to 7 pm until October 12.

“We saw a great opportunity to reach out to the community with a farmers’ market,” says Fran Wdowczyk, special advisor, operations and special projects.

Partly the market is intended as a fun way for community members to buy good food. But the market also fits into the university's educational mission, raising larger issues about where our food comes from, how it's grown, and what that means.

“A number of people had suggested that it would be a nice thing for the university to do,” says Dan Bender, professor in the department of humanities and Canada Research Chair in Urban History. “It would be fun for students and enjoyable for the staff, and maybe they would go home with a basket of good food.

“In the context of a university, it’s a place where we can begin to raise questions about our food supply,” he says. For instance, farmers’ markets can suggest questions about the equity of the global food production system in which developing countries export food to wealthy Western countries. Is that equitable? On the other hand, if we switched to eating locally-grown fruit exclusively, what would be the effect on the Honduran banana grower?

“There’s another issue,” Bender says. “One of taste. It tastes great. We shouldn’t diminish that. An apple that is fresh from the tree tastes fantastic.”

"The great thing about a farmers' market,” says Michael Bunce, professor emeritus of geography, “is that it connects people much more directly with the source of their food and the people who are producing it. The vast majority of people have no concept of where their food has come from."

Farmers’ markets can also provide a source of income to some financially strapped farmers, he says, although he points out that they represent only about 1 percent of all Ontario farm income. And ironically, as more farmers’ markets pop up farmers have to spend more time selling to make the same income.

Farmers’ markets also have the potential to make the food supply more environmentally sustainable by reducing pollution from transporting food long distances. “Certainly there’s an argument to be made in global terms that eating food that has only been brought from a short distance and is grown in the community is more ecologically sustainable,” he says.

However, Herbert Kronzucker, professor of biological sciences and director of the Canadian Centre for World Hunger Research, has a different view. In the first place, foods that have been transported long distances aren’t necessarily more polluting than local food. For instance, the energy needed to ship an $8.99 box of mangoes from the Philippines to Toronto’s Chinatown accounts for only 1 percent of its cost. By comparison, growing food locally during Ontario’s relatively short growing season, and then using the energy needed to keep it in cold storage, can actually use more energy than long-distance shipping.

Besides, not every part of the world can support itself with local food. Food grown exclusively in Ontario, for instance, could never support everyone in the GTA. Globally, the world’s population can’t survive on just local food, Kronzucker says.

"We're dealing with a human population of 6.9 billion people. It is completely impossible to feed even half of that population with local first or local only approach," he says. Instead, food has to be exported from areas with high productivity and long growing seasons, such as rice from the Mekong Delta.

Bunce agrees that not all food can or should be grown locally. But for some foods, such as meat or root crops, local food might very well be more sustainable than alternatives shipped from other countries. “My feeling is that the more locally you can produce your food, in the long run the more sustainable you are,” he says.

"Farmers' markets have a very large symbolic value,” Bunce adds. “They get people to think about alternative ways of consuming food. It makes people feel good. It connects them to farmers.”

Kronzucker, who grew up on a farm, agrees, and thinks that providing a connection between urbanites and farmers is one of the advantages of having a farmers’ market.