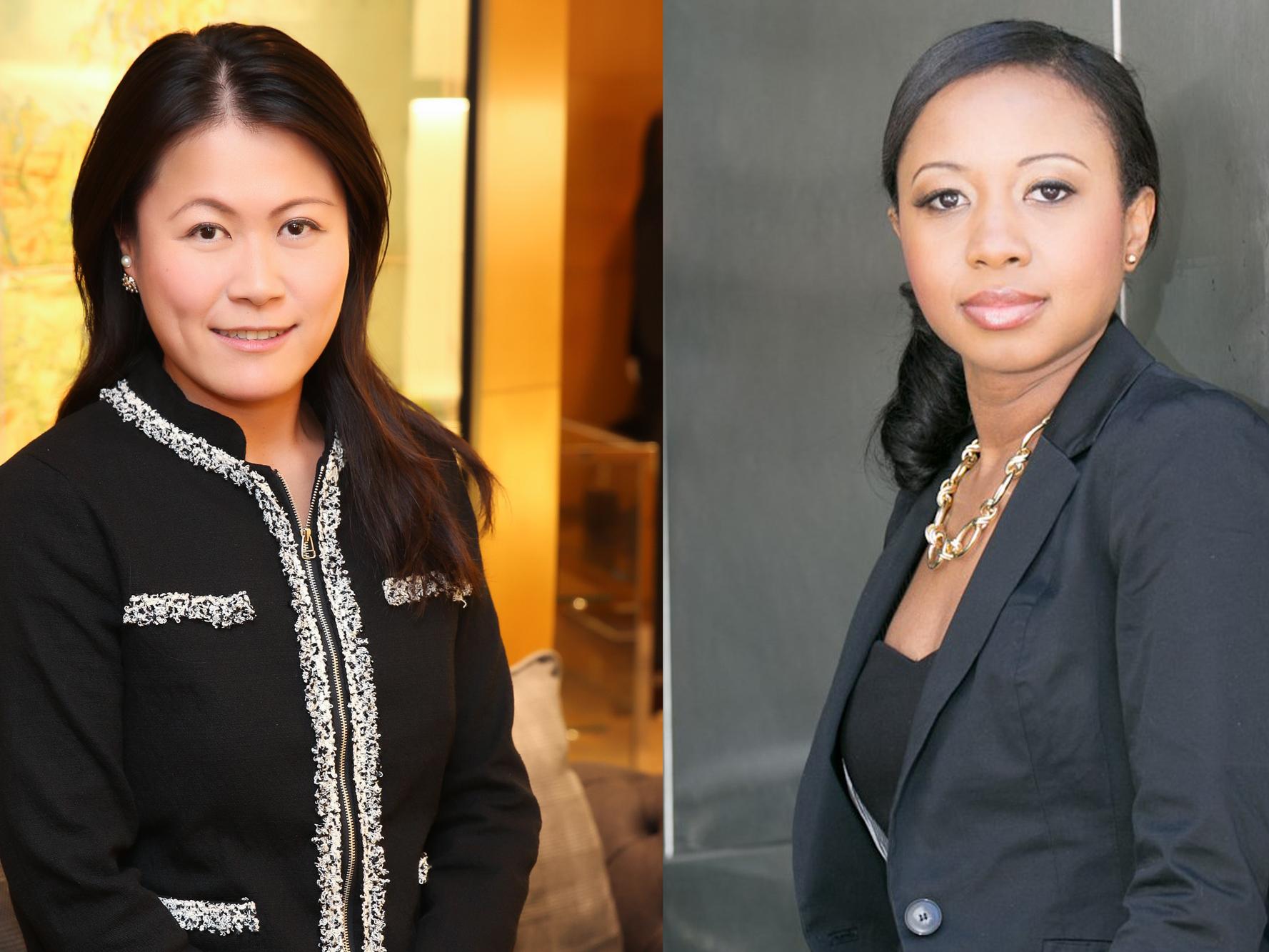 U of T Scarborough alumni Porcia Leung (right) and Diana Brown (left) are two women from our community making waves in their fields.
Article Date
Friday, May 17, 2019

In this special issue highlighting the accomplishments of women in our community, we highlight three alumni making their marks in their fields.

Diana Brown (BBA, 2005) knew what she wanted to be: a chartered accountant. But after learning what a typical chartered accountant does, she decided it wasn’t for her. So she specialized in finance, doing internships at a major banking institution. Still, she didn’t love it. “I thought, I’m working so hard for a degree that all of this has to be worth it, I have to find a job I love.” And she did — at Microsoft, where she is now a subsidiary compliance lead. “The first five years all I did was work; I learned so many new things and loved it. I still do.”

One thing she appreciates most? The support at U of T Scarborough, in the co-op program in particular, where she learned how to write a resumé and handle interviews. “Without all the advice and coaching along the way, I don’t think I would be where I am today.”

What’s next for Diana Brown? “Honestly, I don’t see myself leaving Microsoft,” she says. “It’s an amazing company and there’s no lack of opportunities.”

From the time she was a kid, Mabel Lee (BBA, 2010) wanted to be a lawyer. She studied business to learn that side of corporate law, and wrote her LSATs. But then she was offered a job at CPPIB (Canadian Pension Plan Investment Board), her co-op placement. She accepted so she could pay off her student debt.

Aside from school, she had an obsession — eyelashes. She and a friend started making them. “A light bulb went off when I said, ‘I wish these were made from real hair,’” says Lee, the founder and CEO of Velour Lashes.

It was a challenge to find financing to start the business. But Lee enlisted the help of her mom in bringing curling irons home from China, which she sold to friends and family for startup financing. “I guess I was always an entrepreneur. I wasn’t the top studentScarboroughbut I’m hard-working,” she says. “I started the business because I was young and I didn’t have that fear of failing.”

Porcia Leung (BA, 1998) isn’t afraid of hard work, something she learned when she was responsible for producing fashion shows as a student. “Many of the contractors — mostly males — thought I was just a girl to boss around, but I’d stay overnight with the crew to help set up, and to learn about the equipment and different functions,” she says. “I wanted to create the best event!”

Leung, now director of global marketing for the luxury brand MCM Worldwide, is working to change the perception of fashion marketing itself. “We’re seen as people who just go to fashion shows and cocktail parties,” she says. “But we actually work around the clock sometimes.”