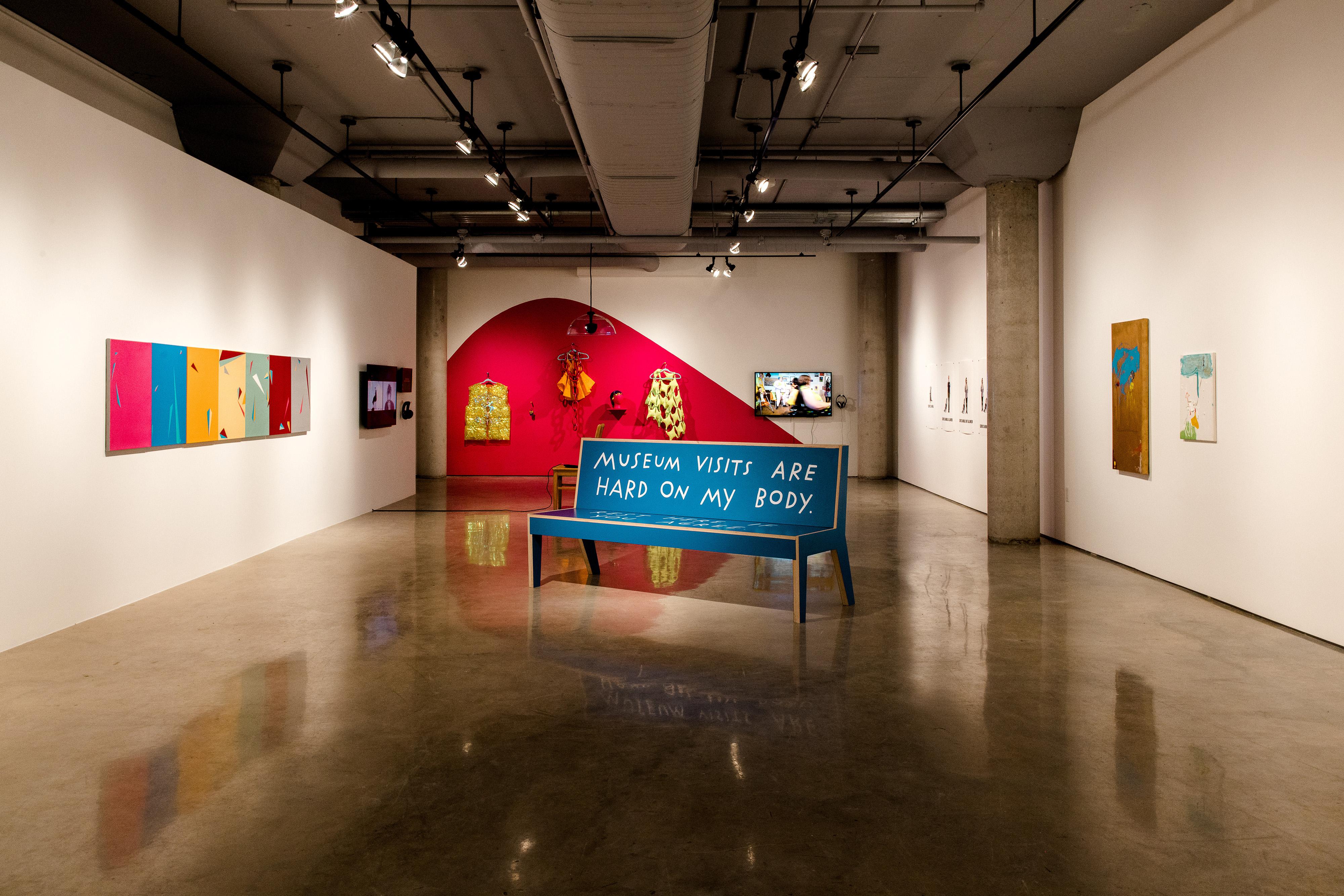 #CripRitual is an exhibit highlighting the diversity of the disability community, with work from more than 20 artists (Photo courtesy of #CripRitual).
Article Date
Thursday, March 17, 2022

At #CripRitual, a new exhibit at U of T Scarborough’s Doris McCarthy Gallery, the artwork hangs low on the walls. It’s a way to challenge the idea of “standard” height, and make those using mobility devices, such as wheelchairs, feel seen.

“There’s something about seeing your own experience reflected in an artwork that can be validating,” says Cassandra Hartblay, co-curator of the exhibit and assistant professor in the department of health and society.

#CripRitual explores the ways rituals impact disability culture, through work from more than 20 artists. Every piece has a unique QR code that pulls up accessibility features when scanned, including American Sign Language translations and image and video descriptions.

The exhibit’s title comes from a movement to reclaim the term “crip” — a shortened version of a slur for those with disabilities — and “crip theory,” a concept in disability studies that explores how societies define “normal” bodies. Curators also wanted to counter the cultural norm (or ritual) of associating disability with limitations.

“We wanted to look at ritual and disability in a different way,” says Hartblay, director of the centre for global disability studies. “Ritual is actually a way that folks in disability culture are sharing ideas, using the same symbols and passing on traditions.”

Those rituals fall into four categories: self-care, creating access, art-making and protest. Amid the exhibit, a bright blue bench reads “MUSEUM VISITS ARE HARD ON MY BODY,” highlighting the ableism in art spaces without places to sit. One piece looks at how the Quran views disability, another examines living with mental illness as an Indigenous community member.

Hartblay hopes attendees pick up some new terminology and see the diversity in the disability community. Participants can also submit their own crip rituals and take resources on ways to bring people with disabilities into art spaces.

#CripRitual is running in two galleries, the Doris McCarthy Gallery and Tangled Art + Disability in downtown Toronto, alongside an online counterpart. Unsure if pandemic restrictions would allow an in-person gallery, curators built the exhibit an online presence. The site will now be an archive of #CripRitual’s artwork, accessibility features and participant feedback – one that will long outlive its physical galleries.

“We’re imagining it as a longer-term project that will exist as a teaching tool,” Hartblay says.