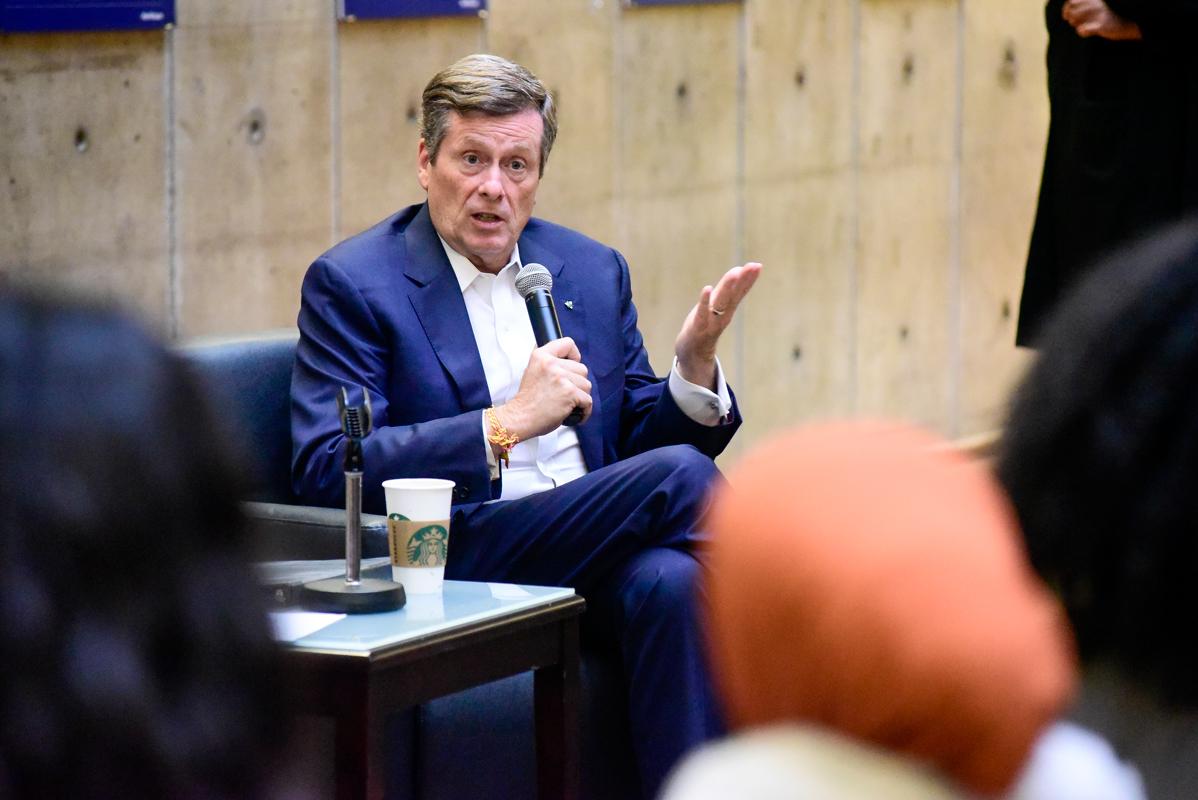 Toronto Mayor John Tory spoke about the need for a more inclusive transit strategy that better serves Scarborough during a recent student-led town hall meeting at U of T Scarborough.

“Students deserve better and Scarborough deserves better, so that’s why SCSU in collaboration with Centennial College Student Association Inc. (CCSAI) and the Scarborough Community Renewal Organization (SCRO) have come together to provide this accessible platform for students.”

The event, titled “Vision for Scarborough – A Student Town Hall,” was open to students and the wider community to share their perspectives on their vision for Scarborough and to have the mayor answer their questions directly. It began with opening remarks from Srithas and greetings from CCSAI President Ravneet Kaur. SCRO Chair, Jennifer McKelvie, introduced Tory, making a note that she was proud to collaborate on an event in which “Scarborough gets to speak for Scarborough.”

Tory shared his vision of bringing Toronto together as one city, making it stronger and more inclusive with transit being a primary way of accomplishing that goal.

“Transit will transform Scarborough, not just as a means to get around but for people to live, work and play,” Tory said. “(You build better transit systems) because it is one of the tools among many that will address the single biggest challenges this city faces, for all the blessings it has.”

Srithas kicked off the question and answer session by asking about Tory’s vision for job creation in Scarborough, particularly for students and recent graduates. The mayor said there’s a need to attract private sector investors and accessible public transportation makes investing more attractive.

“That’s why the number one thing that I want to address is better connecting the Scarborough Civic Centre and even the U of T Scarborough campus,” Tory said. “If you look at the history of Toronto, everywhere you built transit, development and investment will follow.”

Tory spoke broadly about transit plans for the city, noting strides made in Scarborough over the last three years.

“Just a couple of weeks ago I saw construction taking place for SmartTrack on the Stouffville Rail corridor up at Kennedy and Huntingwood where they are adding a second track for SmartTrack Service,” Tory said.

Most in the audience welcomed his push for better transit, but specific questions were also raised about increasing buses on routes to major locations like U of T Scarborough and Centennial College campuses. Audience members also asked about safety barriers on subway lines, affordable housing, relations between racialized youth and Toronto police, funding for the arts and what part the city is playing in combating climate change.  Questions also came in from SCSU social media channels.

The SCSU invited Principal Bruce Kidd to share closing remarks, who expressed that U of T Scarborough is here to help with the common goal of making Toronto an inclusive, accessible and integrative area and to do that with student voices at the forefront.

“Millennials at U of T Scarborough constitute an extraordinary valuable resource, and they have done their homework on the challenges that we face,” Kidd said. “They are deeply engaged, and it would benefit all of us to listen and work with them.”

“Today we showed that we care, we show up and we will continue to speak up,” Srithas said. “I hope that student engagement with politics does not stop here and that we continue to ask the tough questions, participate and hold our leaders accountable.” 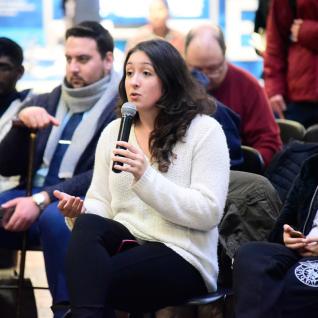 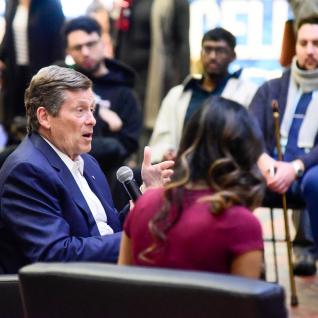 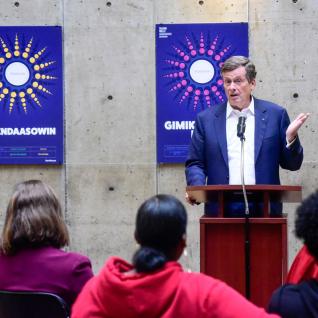