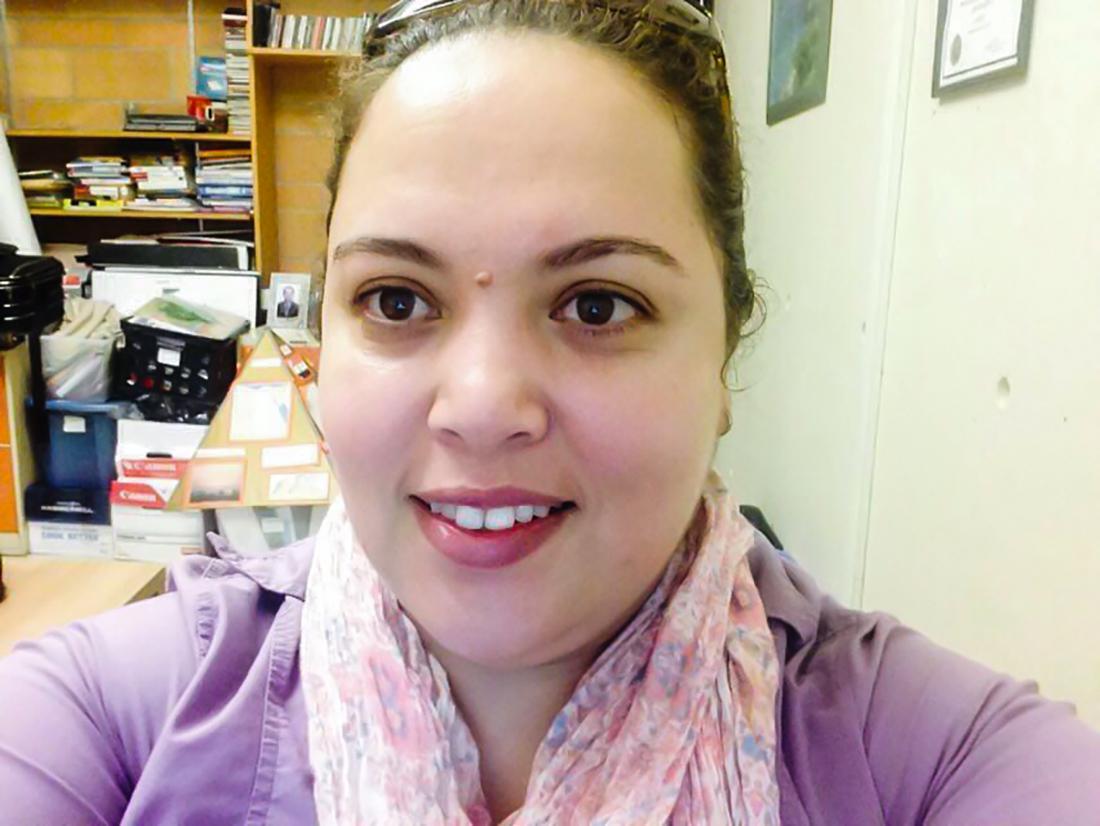 Maria Assif has been recognized with U of T's highest honor in teaching, in part for her systematic approach to creating people-first learning environments (Submitted photo).
Article Date
Friday, June 17, 2022

Maria Assif is always looking to create an environment where her students can learn from each other.

At the heart of her teaching philosophy is creating relationship-rich classrooms — a burgeoning concept in education.

“To me, it refers to where students and faculty build personal connections, where student-to-student interactions foster educationally meaningful relationships, and where the magic of one classroom transcends to other classrooms and communities,” says Assif, associate professor, teaching stream, in the department of English and co-ordinator of “Critical Writing about Literature,” one of the department’s two first-year writing courses.

Assif recently won a President’s Teaching Award, the highest honour recognizing excellence in teaching at U of T. She attributes her recognition partly to her dedication to forging these relationship-rich environments, which support students within and beyond the classroom.

It begins with Assif learning every student’s name within the first weeks of the semester. She also distributes a questionnaire that asks students for their program and expectations for the course, along with their favourite things to read, learning styles, the career they’re working toward and for their past experiences with group work.

Their answers guide Assif as she personally interacts with students — and later matches them for group work. In those crucial first weeks, she meets with each student individually for 10- to 15-minute chats if the class is small; if it’s large, she meets with a few simultaneously for about 15 to 20 minutes.

“While these meetings can be intimidating for students at first and are mentally tasking to facilitate, in my experience, they are critical to fostering a culture of care among a community of learners,” she says. “They reinforce my approachability as a professor and showcase my office as a safe, welcoming home and an extension of our classroom learning space.”

That approach is also built into her courses: every assignment includes the rationale, learning objectives, and step-by-step ways to tackle the tasks thorough rubrics and examples from past students. To Assif, it’s about making expectations clear, and ensuring students know their efforts are valued, that practice and feedback are part of the process and “that success in the course is within their reach.”

Assif also includes undergraduate students as equal partners in her research, which she says always hinged on amplifying marginalized voices and the stories behind them. Assif’s mother is a now-retired Arabic teacher who exposed her daughter to Arab literature early on. As a child, Assif noticed many of these books were written by and about men. She had to dig to find manuscripts by Arab women, and found most were not picked up by major publication houses.

“At the same time, I was troubled with the stereotypes associated with Arab women. That absence and those images always haunted me,” says Assif, who is also faculty advisor of the joint program between U of T Scarborough and U of T's Ontario Institute for Studies in Education (OISE).

Maria Assif says her research into marginalized voices includes investigating the roots of silencing, which sometimes exists within research tools such as databases (Submitted photos).

The moment she finished her PhD in American literature and writing studies, she began a research project to archive writing by Arab women and “celebrate these unique and rich voices and stories.”

“Since then, I have come to the realization that Arab women’s voices were not the only missing voices from mainstream research in the field; there were many other minority groups that were not represented either.”

She set out to create a space where those voices could live on, and became the main investigator and editor for a first-of-its-kind database of literary studies and archival research by Arab women. The project brought undergraduate students, staff and faculty from across departments and units at U of T. The first edition of the digital anthology was completed last August, and Assif and her team are aiming to launch it by the end of the year with the support of the U of T Digital Scholarship Unit.

Out of the many awards for research and teaching she’s received over the years, the President’s Teaching Award is particularly special to Assif. She’s been reflecting on the many other voices and researchers she says equally deserve such recognition, but is excited to continue working to make a difference in her students’ and peers’ lives.

“The President’s Teaching Award celebrates my authentic self, as an educator and scholar, the initiatives I have been spearheaded for the past fourteen years at U of T and beyond, and the many people who have walked that path with me and who have inspired me along the way,” she says.