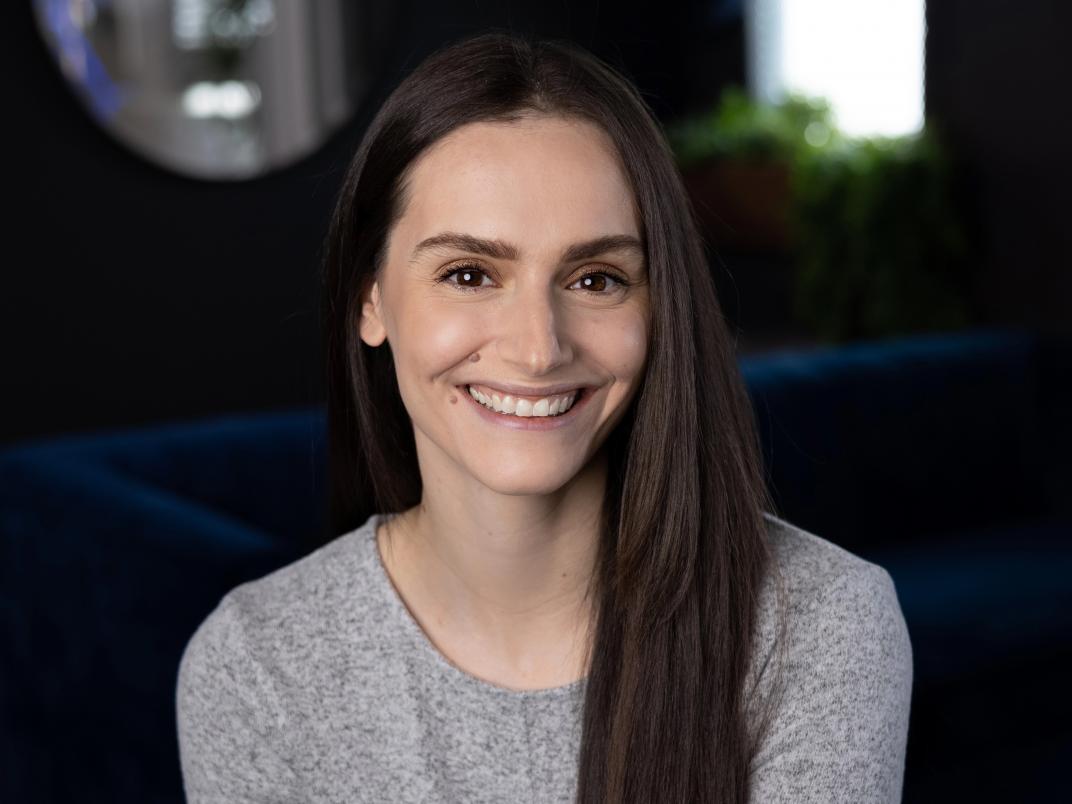 Natalie Scime became a women’s health epidemiologist because of stories. Stories from family members who went through difficult pregnancies, stories from friends whose symptoms were misdiagnosed, stories of delays and barriers to health-care.

“We have a critical gap in our basic knowledge about female bodies and disease, there are fundamental questions still unanswered,” says Scime, a postdoctoral candidate at the University of Toronto Scarborough. “A focus of my work is uncovering the connections between female reproductive health and women's health across the lifetime.”

Scime is now a Banting postdoctoral researcher after winning one of the most prestigious awards of its kind in Canada. She was among 71 researchers announced as recipients of the Banting Postdoctoral Fellowship (Banting PDF) on Nov. 28. The fellowship funds projects that contribute to economic, social and research growth in Canada.

Scime’s project intends to uncover whether pregnancy complications are linked with a woman’s risk of developing an autoimmune disease later in life. With her supervisor Hilary Brown, assistant professor in the department of health and society and tier two Canada Research Chair in disability and reproductive health, Scime will break down 20 years of health records from all of Ontario to track this connection.

Research shows pregnancy acts as a stress test for women's long-term health, and complications have already been linked to certain health issues — developing hypertension, for instance, indicates a higher risk of cardiovascular disease down the line. Brown and Scime hypothesize that a similar relationship exists with autoimmune diseases.

“Our findings may help us advocate for better disease detection strategies after a high-risk pregnancy,” Scime says. “If autoimmune diseases are diagnosed and treated early in the disease process, it can reduce the disability from that condition and preserve women's quality of life.”

We have a critical gap in our basic knowledge about female bodies and disease, there are fundamental questions still unanswered.

Autoimmune diseases are up to nine times more common in women than men; Scime says this suggests an underlying factor unique to women, such as pregnancy, may be at play. She’ll also examine whether social determinants of health — non-medical factors such as race and socioeconomic status — exacerbate the effects of pregnancy complications on autoimmune diseases.

“Often in health research we see a socioeconomic gradient, where your health is tied to your socioeconomic position in society,” Scime says. “If this is reflected in our data, it's important to highlight because it will help ensure that these social inequities are considered when health professionals use our findings.”

Scime says this project represents a natural next step in her work. Her PhD thesis project, completed at the University of Calgary, shed light on why women with chronic conditions have lower breastfeeding rates. She’s also an investigator in an ongoing study evaluating surgical techniques for treating pelvic organ prolapse, a condition up to half of all Canadian women will experience in which the organs of the pelvis slip from their correct position.

“Women tend to experience a lot of shame, stigma, and misinformation about what's going on with their bodies,” Scime says. “I’m determined to be part of the solution by creating the information that women and health professionals need to ensure that women can have optimal health.”

Scime’s fellowship is a joint appointment at U of T Scarborough and ICES, an Ontario research institute through which she will access and analyze Ontario’s health records. Her fellowship is funded by the Canadian Institutes of Health Research.