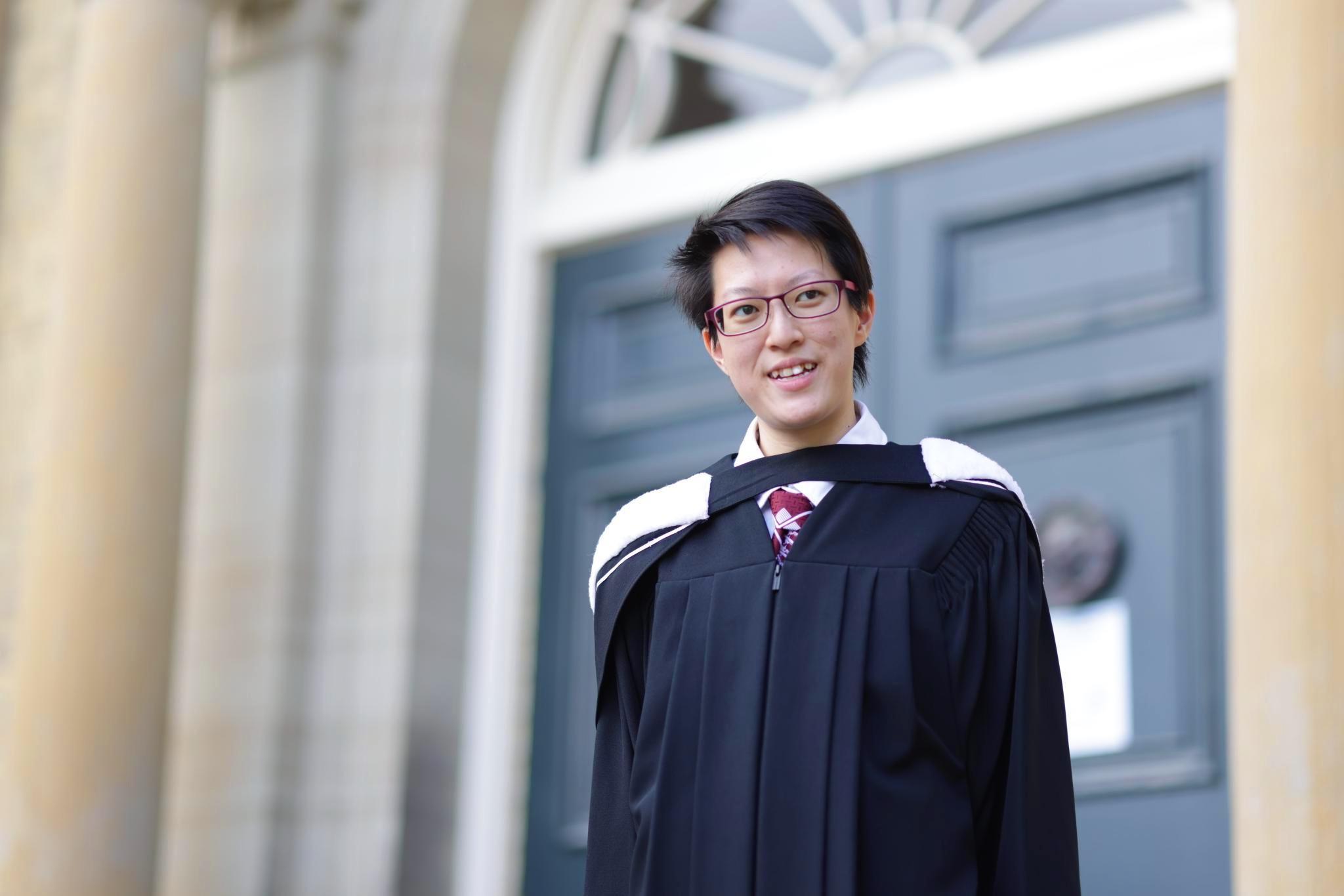 Alaina Luk, who graduates from U of T Scarborough with a degree in English, says her life began to change for the better when she started university (Photo by Alexa Battler)
Article Date
Thursday, June 9, 2022

Alaina Luk describes her childhood as difficult. With two high-achieving older siblings, she grew up in a world of hand-me-downs, from clothes to expectations.

She also struggled in school and found it difficult to understand verbal instructions — only to later realize she was experiencing symptoms of autism spectrum and attention deficit disorder.

But after attending college, she was accepted to U of T Scarborough and her life began to change. It was her second year when she took an English course taught by Maria Assif, who makes it a priority to talk to every student outside her office hours early in the semester. They’re brief chats, around 15 to 20 minutes, about anything students want to discuss.

“I always want students to realize that in academia, there's space to welcome emotions as well. It's not only about the content,” says Assif, associate professor, teaching stream in the department of English. “Students are more successful when they find spaces where they're acknowledged and validated.”

Luk found that space in their talks, which soon became a weekly routine. Sometimes they’d chat for a few minutes, others longer. They’d talk about courses, life and, eventually, Luk’s childhood. Assif noticed little things about Luk. She was always scribbling notes in a little agenda. She thrived in group work and if a student was too nervous to ask a question, she would ask it for them.

“For the first time in 27 years, I felt seen, listened to and commended for all my hard work and survival,” Luk says. “I realized people do listen to me. People do notice me.”

Luk took more of Assif’s courses, and the two slowly found they had a lot in common. They’re compassionate, outgoing and wear their hearts on their sleeves; while Assif was regularly asking her students how they were, Luk was doing the same with her peers.

“She has an inquisitive mind,” Assif says. “She did really well in her classes because of her hard work, because of that sense of intellectual curiosity and because she was very kind-hearted. She wanted to get close to people, to know people. Others mattered to her.”

Maria Assif has watched many of her students cross the stage at Convocation Hall over the years (Photo by Ken Jones).

Tutoring helped Luk improve academically, and therapy helped her address the mental health symptoms that impacted her learning. Assif later connected Luk with a work-study placement in the admissions and student recruitment office at U of T Scarborough, where Luk discovered a love of supporting other students as she helped them transition to university life.

“I let them drop their guard and be vulnerable with me. They know they can trust me, and I realized I can do something to help others,” Luk says. “I've been where they are. I am where they are, and I am making a change.”

Luk is also a certified archery instructor, and is learning sign language so she can offer lessons to those with hearing loss. After five years of studying, she graduated with a degree in English and a double minor in sociology and gender studies, and Assif watched her cross the stage at Convocation Hall.

“I almost call graduation the end of the honeymoon, because now you have to figure out what’s next. It comes with ups and downs,” Assif says. “But I know her. She will be successful, because she is in a space now where she knows she is capable of anything. And I think that's a realization that will take her everywhere.”

Luk is still healing from her childhood. She has frequent nightmares and struggles to accept compliments and express herself verbally. But she’s still healing.

“I said time and time again, I never thought I’d have a chapter to close at U of T,” Luk says. “This is beyond living the dream for me.”