‘A global leader’: U of T’s sustainability efforts highlighted by Ontario Chamber of Commerce 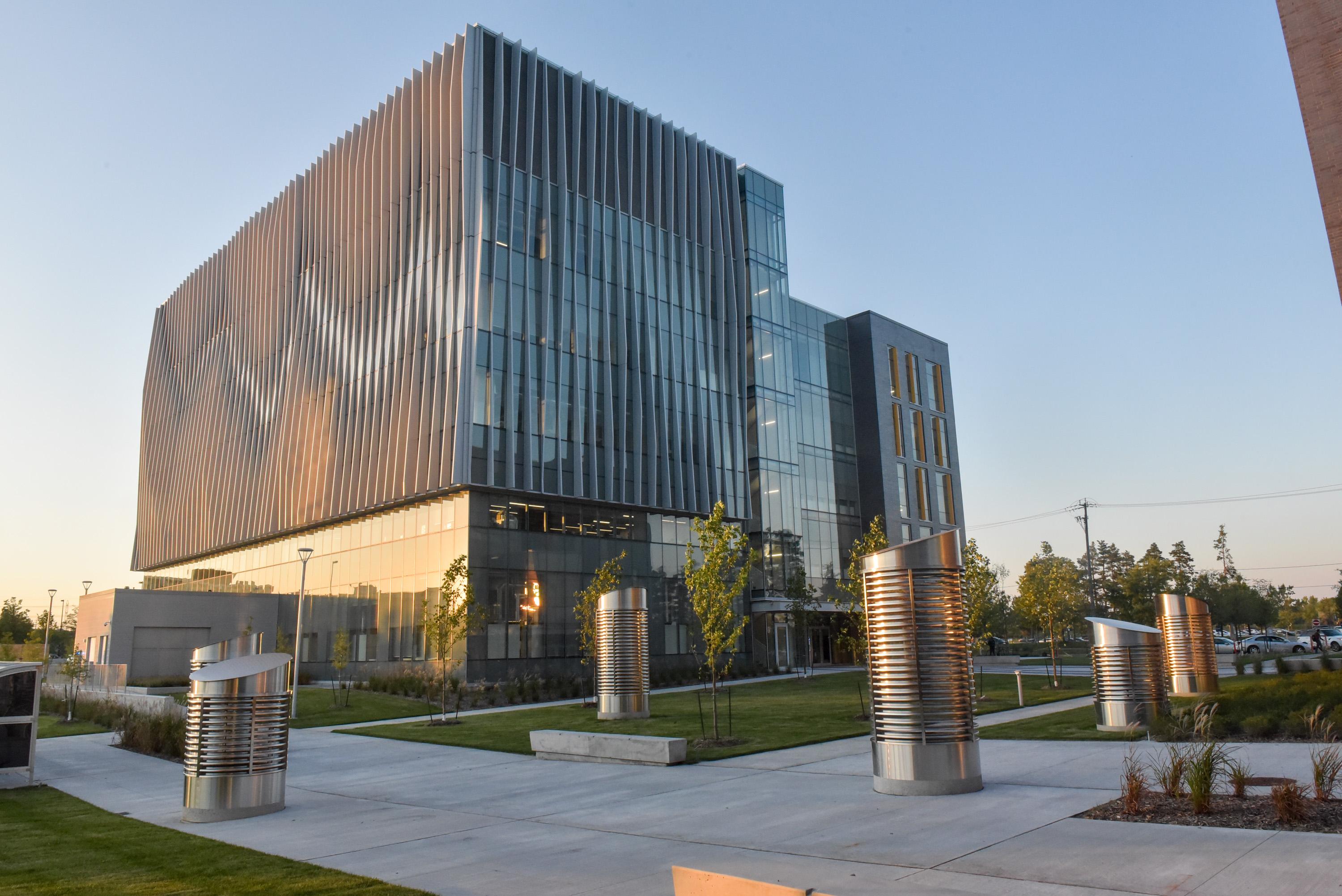 Developing solutions to address climate change represents a huge opportunity for Ontario – and the University of Toronto can play a key role in helping to lead the way.

That was the message delivered by David Sinton, a professor of mechanical engineering in U of T’s Faculty of Applied Science & Engineering, during a recent panel discussion held in connection with the release of the Ontario Chamber of Commerce’s latest policy report on sustainability.

The report, which features U of T’s sustainability actions, calls U of T “a global leader in demonstrating and promoting sustainability.” It highlights the university’s many climate-oriented initiatives – from divesting from fossil fuels in its $4 billion endowment fund, to building green infrastructure and undertaking research into new clean technologies that can help Ontario industries dramatically curb emissions.

Sinton spoke about how U of T is embracing sustainability through research, operations and teaching, including the “living lab” model, and is taking steps to reduce greenhouse gas emissions. The hope is to inspire other large public and private organizations to do the same.

For example, U of T recently announced plans to make its St. George campus climate-positive by 2050, meaning it will curb more emissions than it emits.

“In our own operations, our own facilities, we’re thinking of how we can do better. How can we reduce our emissions and serve as a living lab?” Sinton told the panel, which included representatives from the Insurance Bureau of Canada, Ontario Power Generation and Enbridge Gas.

Sinton added that he looks forward to leveraging “the intellectual power of all three campuses” – St. George, U of T Mississauga and U of T Scarborough – as U of T strives to play a leadership role in developing climate change solutions to help the world hit net-zero emissions.

To that end, Sinton is the academic lead for the U of T’s new Climate Positive Energy Initiative, which brings together 90 researchers, eight faculties and 28 divisions. The initiative draws on U of T’s wide range of expertise – including experts in science, engineering, social science, economics, business, policy and law – to overcome barriers to reaching net-zero emissions.

“Engineering and technology are important,” Sinton said. “But there are also social elements – the fit with communities, policy and developing solutions that are workable in a democracy.”

Ontario “has competitive advantages that it can leverage globally, including its low-carbon energy, world-class colleges and universities, talented workforce, sustainable natural resources, and cleantech sector,” the report states.

The report also highlighted the EaRTH District initiative, which involves five universities and colleges across the eastern GTA and aims to bring a training and innovation hub for green technology to the U of T Scarborough campus.

Sinton noted that evidence of U of T’s focus on sustainability can be found across the university.

“Outside my office window, we’ve dug up our historic campus to install Canada’s largest urban ground source heat pump system,” he said, referring to a massive geoexchange system that’s being built on the St. George campus as part of the Landmark Project.

The geoexhange project involves drilling hundreds of geothermal boreholes some 240 metres below ground. Once completed, the boreholes will store surplus heat generated by nearby mechanical systems in the summer for use in the winter – effectively using the Earth as a thermal battery. It’s estimated the system will reduce the university’s greenhouse gas emissions by 15,000 metric tons per year.

The geoexchange system will also be used for student learning and aims to integrate clean tech technology developed by companies at the university.

One of the companies that is likely to play a part is CERT Systems, which was co-founded by Sinton and converts waste carbon dioxide into valuable commercial products.

In the financial realm, Sinton highlighted the University of Toronto Asset Management Corporation’s (UTAM) commitment to divest from direct fossil-fuel investments in its $4 billion endowment fund over the next 12 months, and from all indirect investments – typically held in pooled or comingled funds – by 2030.

He called it “a major step.”

U of T also recently became the first university in the world to join, via UTAM, the UN-convened Net-Zero Asset Owner Alliance, a group of institutional investors committed to achieving increasingly demanding targets every five years en route to net-zero emissions.

“We see a tremendous need and urgency – and opportunity – in responding to the climate crisis,” Sinton said.