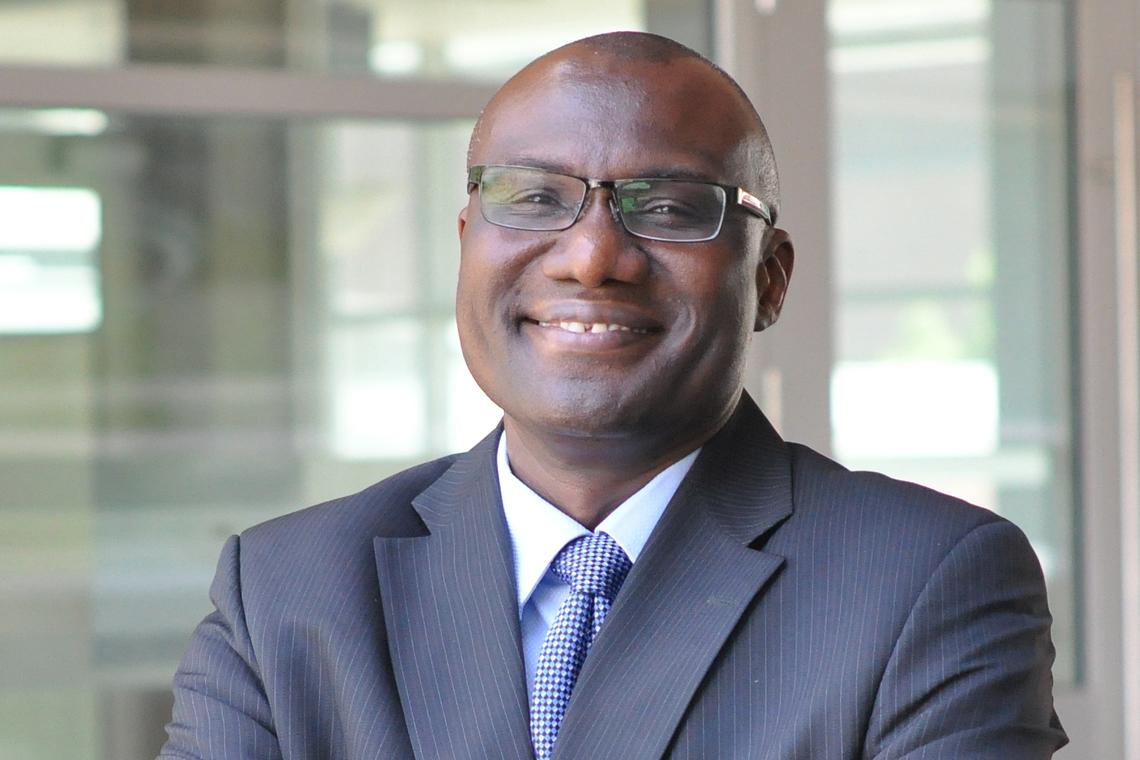 “I look forward to connecting further with the community to create opportunities, but also for the community to see the value of that partnership, as we give back to the community," said Wisdom Tettey (photo courtesy of UBC Okanagan)
Article Date
Thursday, May 17, 2018

Professor Wisdom Tettey, a political scientist who is a leading researcher on the African diaspora, politics and media, has been appointed the new vice-president and principal of the University of Toronto Scarborough.

Tettey, who is currently the dean of arts and sciences at the University of British Columbia’s Okanagan campus, will begin a five-year term on July 1, U of T announced today.

“I am delighted at the opportunity to be part of the U of T Scarborough community,” Tettey said. “Being part of a community where there is a passion for socially and globally conscious scholarship, as well as teaching and learning, where the desire for the cultivation of global citizenship is reflected in various activities that the campus is engaged in, and where colleagues are making significant contributions to the overall direction of the University of Toronto – that was appealing to me.”

Tettey has been at UBC’s Okanagan campus for the past seven years, initially leading the Faculty of Creative and Critical Studies and then the Irving K. Barber School of Arts and Sciences. Prior to UBC, he spent 13 years at the University of Calgary and before that was at Queen’s University, where he received his PhD in political studies and began his academic career.

“I am thrilled by the appointment of Professor Wisdom Tettey as vice-president and principal of University of Toronto Scarborough,” said Meric Gertler, president of the University of Toronto. “As a distinguished scholar and gifted administrator, he will build on UTSC’s accomplishments working in partnership with the community, helping to foster innovation and prosperity in the Toronto region and raising the profile of U of T Scarborough both here and internationally.”

The author of several publications on Africa – including on the political economy of globalization and information technology; media, politics and civic engagement; African higher education; and the African diaspora – Tettey has looked at addressing the brain drain from the continent. In 2005, he was the lead investigator on a World Bank study on faculty retention in African universities and, last year, he received a Social Sciences and Humanities Research Council of Canada (SSHRC) award to look at human rights issues for people affected with albinism.

Tettey hopes to tap into experiences from UBC Okanagan as he works with faculty and staff to develop U of T Scarborough’s priorities for the next five years. That includes continuing to build connections with the community around U of T Scarborough, building on the campus’s history of community engagement and partnerships.

He hopes to be able to use his own international experiences to encourage a global focus among students at U of T Scarborough. As an undergraduate student at the University of Ghana studying political science and Russian, Tettey spent his third year in Moscow at the height of Mikhail Gorbachev’s perestroika and glasnost programs. Soon after, he came to Canada as an international student to pursue a master’s degree in political science.

At U of T Scarborough, the campus’s student body is made up of people from 115 different countries who actively participate in study abroad programs. Tettey sees huge potential to build on that diversity – creating more opportunities for domestic and foreign students to collaborate, as well as expanding international opportunities for students.

“Being a former international student gives me a unique perspective on that experience,” he said. “I have a good understanding of what it’s like to come from somewhere and try to integrate, but I also have an appreciation of inter-cultural competencies that are required in this world.

“As we train our students for the world, we need to make sure that they are imbued with the qualities and competencies that are needed to effectively engage the world.”

He also wants to focus on creating further collaborations between U of T Scarborough and the other two campuses – U of T Mississauga and the downtown Toronto campus – and building research opportunities across disciplines.

Mostly, he sees his role as that of a facilitator.

“I am here to facilitate the realization of aspirations and objectives that have been set by the U of T Scarborough community,” he said. “Part of what I want to be able to contribute will be a commitment to a positive, healthy working environment for faculty and staff, a healthy learning environment for students, and focusing on a collaboration across the tri campuses.

“The stronger each of us can be as a campus, the stronger we will be overall as one university.”

U of T cancels in-person exams, delays in-person classes due to Omicron variant

Defy Gravity: Campaign for U of T offers vision of inclusive excellence with global impact