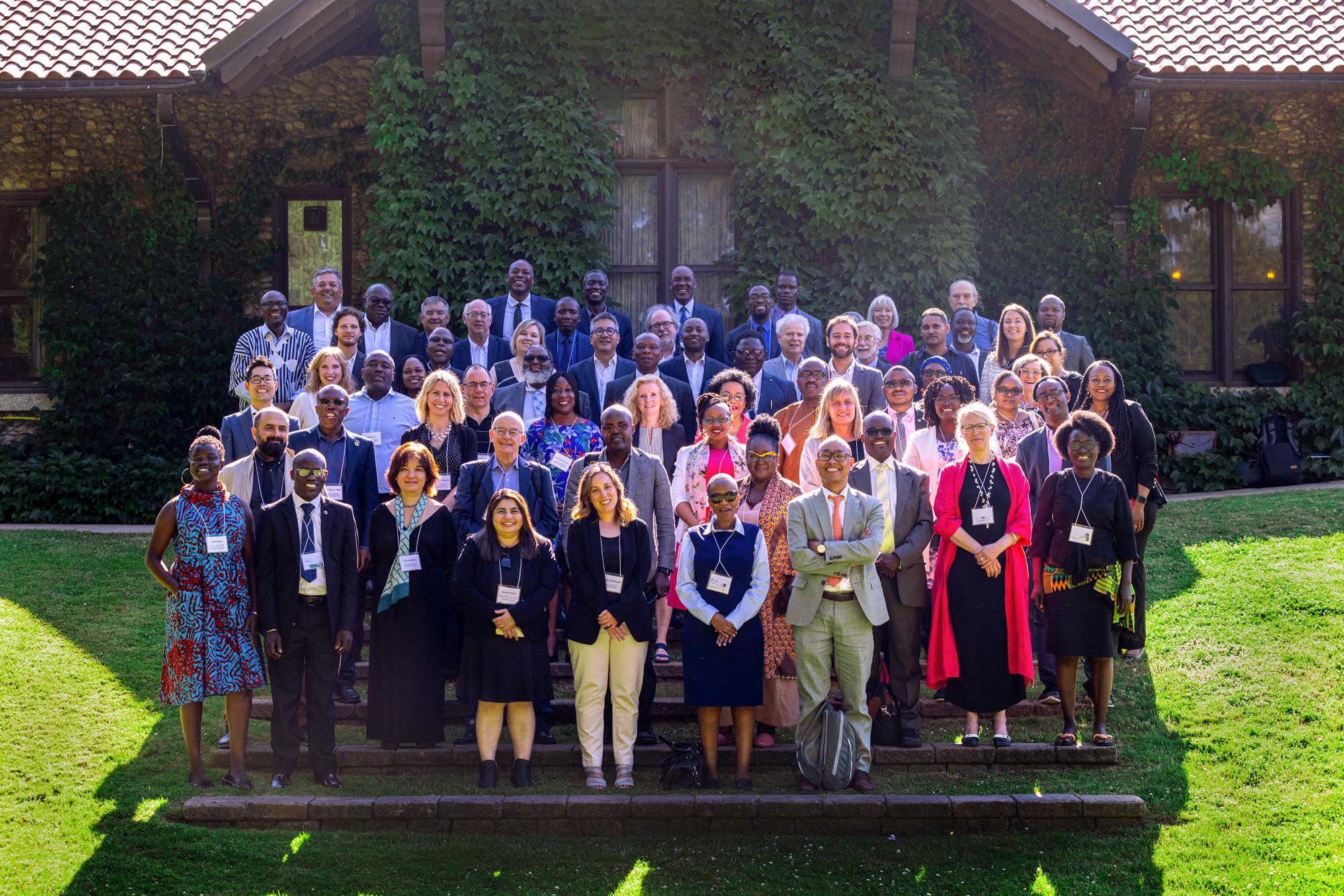 Diplomats and scholars from Africa joined U of T colleagues for a two-day event focused on issues of mutual and global importance (photos by Ruilin Yuan)
Article Date
Wednesday, June 29, 2022

Diplomats, potential funding partners, faculty and academic leaders from African universities and the University of Toronto gathered to discuss ideas on co-creating and advancing partnerships that address some of the most urgent global priorities.

The historic two-day event held at the Scarborough and downtown campuses was the first gathering at U of T devoted to bringing partners together to discuss ideas for partnerships that address some of the most important issues facing Africa and Canada. The event was organized by U of T Scarborough and Office of the Vice-President, International under the guidance of the Presidential Council for Africa.

Professor Wisdom Tettey, U of T vice-president and principal of U of T Scarborough, outlined U of T’s recently developed Africa strategy that is based on principles of equity, co-learning, and a commitment to the value of mutual excellence for inclusive impact. He said the university’s strategic framework will guide new and ongoing relationships with institutions across Africa.

In her opening remarks, Cheryl Regehr, U of T’s vice-president academic and provost, emphasized the university’s long-standing relationship with African institutions and stressed the commitment to build on those relationships as part of the Africa Strategy.

Professor Joseph Wong, vice-president, international at U of T, highlighted how the pandemic showed the world to be a much smaller place than once imagined.

“Precisely at the time when the world is both smaller and more disparate, we require principled leadership, and that's in this room,” he said.

One of the event’s main aims was to begin finding ways to “transform our goals of co-creation into a roadmap,” Wong said, noting the day’s discussions would also focus on identifying areas of expertise, and alignment on goals shared by U of T and potential partner institutions in Africa.

More than 90 leaders from Africa, U of T, as well as U of T partners in Canada including Academics Without Borders, Mitacs, and the Mastercard Foundation attended the event. Also in attendance were representatives from African Development Bank Group, African Research Universities Alliance, several African university associations, African diplomats from Canada and the United States, and representatives from Global Affairs Canada.

Participants took part in four themed discussions, chosen based on previous consultations with African partners and organizations. Each theme asked participants to think of practical ideas about how U of T and institutions in Africa could partner to address common issues and shared goals. Among the areas identified for research collaboration were combating climate change, fostering entrepreneurship, addressing food security and health, and harnessing artificial intelligence and digital technologies.

Among the speakers was Olusola Bandele Oyewole, Secretary General of the Association of African Universities (AAU), an organization that advocates for African higher education with more than 400 member institutions.

“Why we need to be committed to our international engagement is to develop the global competencies of our students, so that they have the skills to productively engage with individuals from different cultural and national backgrounds,” said Oyewole.

Oyewole noted that many universities across Africa are looking for ways to engage internationally with other institutions, in part “to produce graduates who can successfully leave and work in our global connected world — and change it for the better.” He says those schools are also looking to collaborate and connect on research, teaching and learning, through student exchanges and by engaging faculties across different diasporas from the continent.

Paul Tiyambe Zeleza delivered the keynote address on day one of the event at U of T Scarborough's Miller Lash House.

Paul Tiyambe Zeleza, associate provost and North Star Distinguished Professor at Case Western Reserve University, delivered the keynote address. He called for a new social contract for collaborations between higher educational institutions in the global North and global South, pointing out that “partnerships between them must discard colonial paternalistic models of engagement and be grounded in epistemic diversity and humility.”

Many participants highlighted the potential in embracing digital opportunities brought about by the pandemic, such as using global classrooms to bring students together and leverage databases and online networks as pathways to co-create and share knowledge and research.

“At the centre of constraints and challenges, the only option is innovation. And what could be more innovative than doing things you’ve never done before and doing them well?” said Angela Owusu-Ansah, provost and professor at Ashesi University in Ghana.

Owusu-Ansah was a co-facilitator, alongside Alexie Tcheuyap, associate vice-president, and vice-provost of international student experience at U of T, for two discussions, one of which covered enhancing talent, addressing mobility and ways networks can bridge universities. Discussions covered ways faculty can collaborate and support students, to “build and tap into knowledges that bring about relevant and effective collaborations,” Owusu-Ansah said.

“The world has become so much closer and so much smaller that we can no longer focus on our needs alone. By doing this, we go beyond ourselves. It’s time to listen to the voices you haven’t heard before, the answers are in the voices of people you’ve never listened to,” she said

“It’s time, after all we’ve been through together. If we don’t do this now, then when?”

U of T President Meric Gertler and U of T Scarborough principal Wisdom Tettey during day two of the event.

President Gertler also reiterated the importance of Africa as a strategic focus for U of T, and emphasized African universities as equal partners.