Documenting the Games on campus a thrill for alum 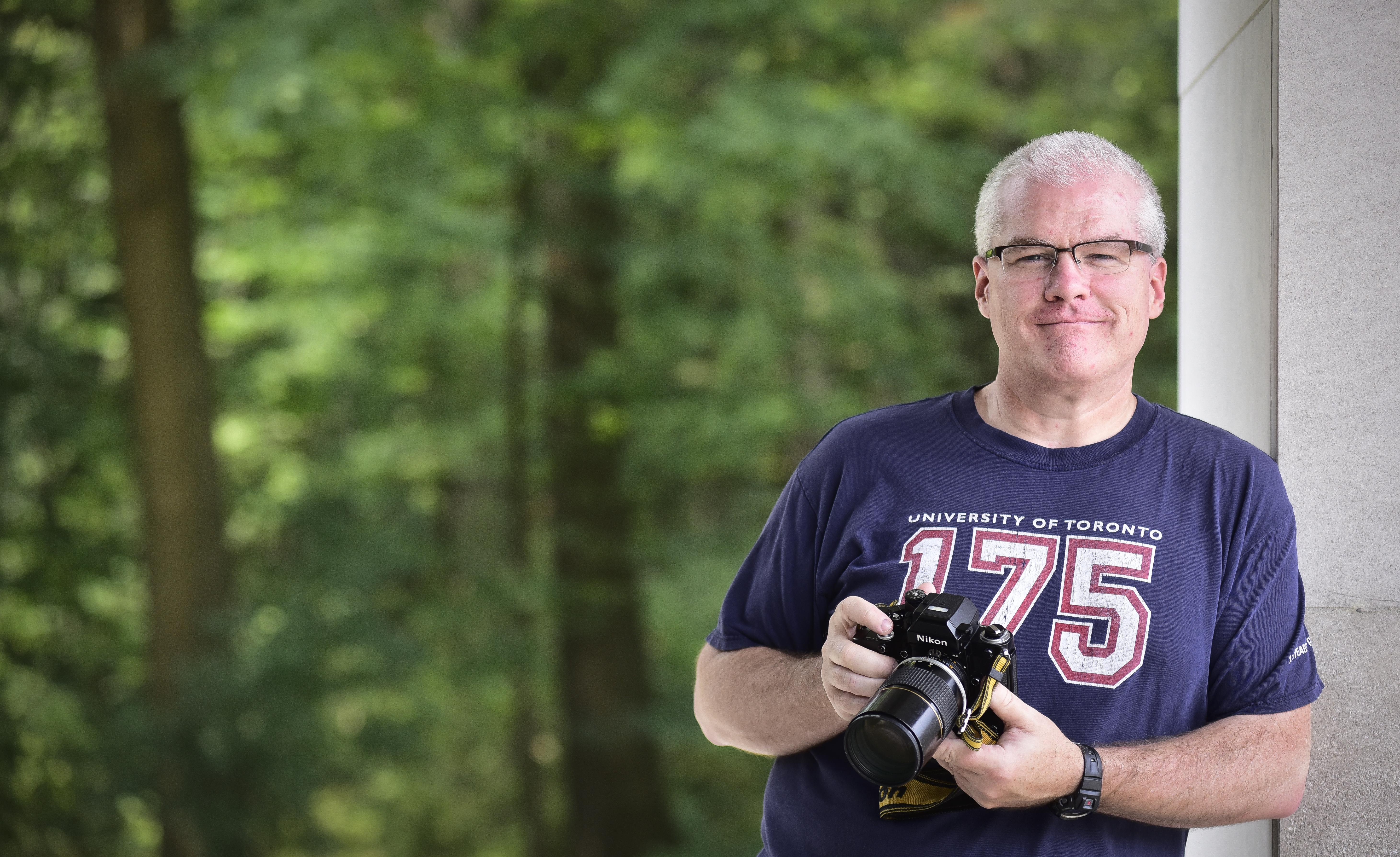 Kevin Proulx (BA, 1992) was thrilled to be a volunteer photographer for this year’s North American Indigenous Games in Toronto. Coming back to U of T Scarborough after graduating with a bachelor’s degree in English 25 years ago for such an inspiring community event was an experience he would love to repeat.

“I liked the fact that they were hosting some events out at UTSC. These kids were so happy to be there and it was a huge opportunity. I was really glad to have been able to be a part of the Games, I only wish I could have done more.”

Proulx has been interested in photography most of his life—he got his first camera when he was ten years old—and still takes photos of events around his community between his day job working with the city. When Proulx heard the North American Indigenous Games were coming to Toronto for the first time, specifically his alma mater, he immediately applied to be a volunteer photographer.

“As soon as I found out the Games were looking for volunteer photographers, I applied and sent them some pictures. I do some paid photography, but for NAIG I had absolutely no problem doing this for free.”

Although he has Ojibwe/Metis background on his father’s side, Proulx was never taught his family’s Indigenous history, nor did he have the chance to learn about the culture and traditions in which his family would have taken part. The North American Indigenous Games gave him that chance. The training sessions for volunteers were aimed at informing them about Indigenous history, culture and issues – some of the things he learned really resonated with Proulx.

“This was a way for me to reconnect and learn some stuff about my own heritage,” he says. “I met a lot of people from all over North America, from different tribes and backgrounds. I know there are conflicting views of Canada 150 and reconciliation, but the NAIG organizers really wanted to focus on the kids and keep the environment positive, educational and friendly.”

He is inspired by how great an opportunity the Games are for these athletes. “These kids are really awesome, intelligent, active and bright. They want to get out there in the world and do their thing,” he says. To him, the Games were very successful at informing people of Indigenous presence and the spirit and talent coming out of these communities. He wishes there could have been more mainstream coverage of these events, but is glad he had the chance to contribute to the coverage.

Proulx has fond memories of his time on this campus, having met his wife there when they were both students in the early 90s. His wife, Susan Knights, graduated with a double major in Psychology and Sociology in 1994.

Most of his memories of U of T Scarborough involve his wife—they saw the Tragically Hip perform in the Meeting Place—and coming back to U of T Scarborough for the Games was a shock. “I hadn’t seen the Toronto Pan Am Sports Centre since it had been built. I was stunned, it’s an amazing facility, I remember having to go to West Hill Collegiate from the university campus to use a pool.”