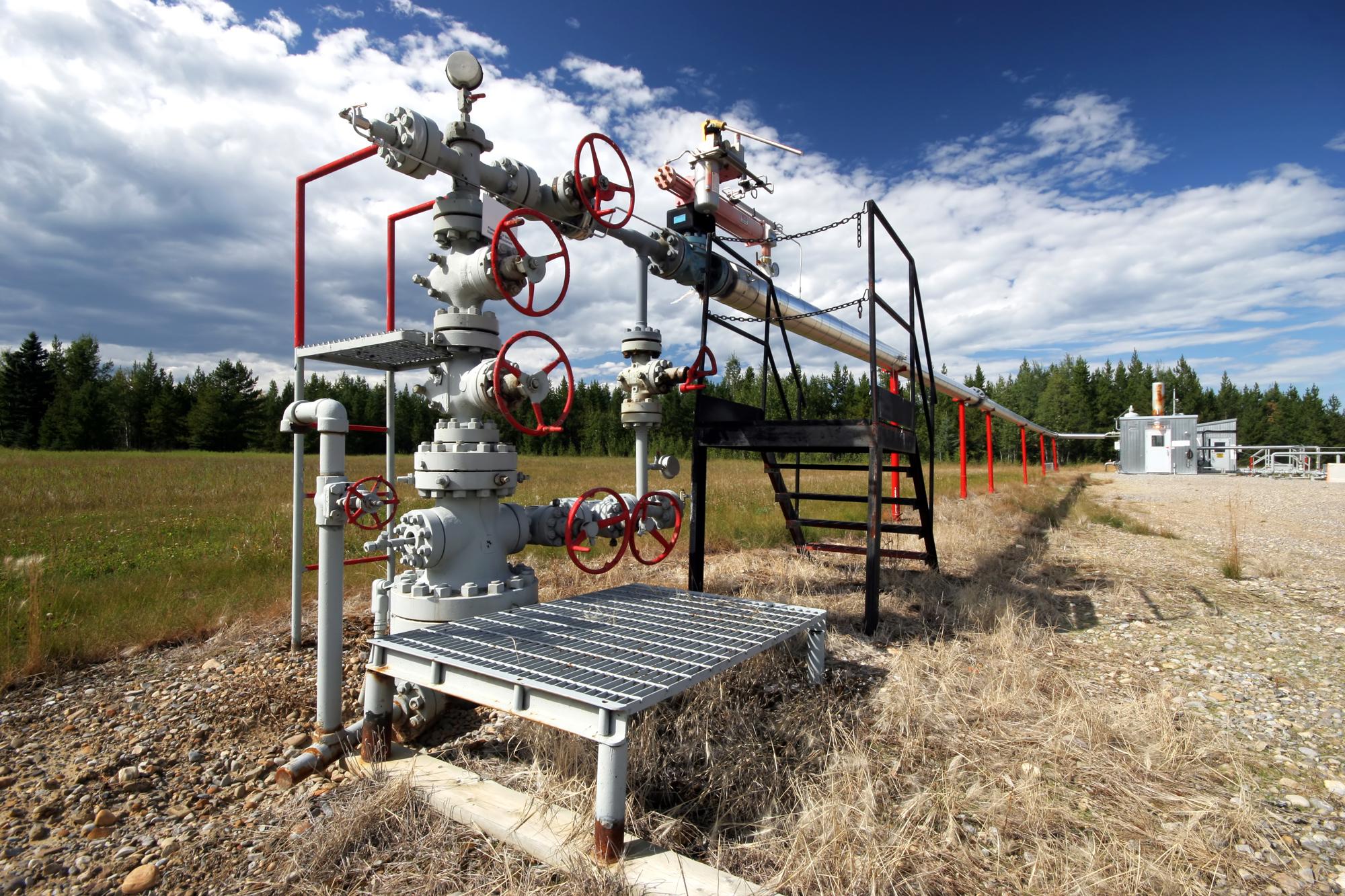 A new study by a UTSC researcher finds that natural gas wells are exposing people to pollutants, but there is almost no monitoring being done in Canada (iStock photo)
Article Date
Wednesday, September 22, 2021

A new U of T Scarborough study has found that those living close to natural gas wells are exposed to higher levels of certain organic pollutants in their homes.

The study looked at levels of volatile organic compounds (VOCs) found in the air and drinking water in homes of pregnant women living in a region of northeastern British Columbia.

“There’s very little research about indoor air quality in regions with a lot of unconventional natural gas exploitation,” says Élyse Caron-Beaudoin, an assistant professor in the department of health and society at U of T Scarborough and lead author of the study.

For the study, 85 pregnant women from the Peace River Region of B.C. were recruited and passive air samplers were placed in their homes. Water samples were also taken from their kitchen taps. Researchers found that forty out of the 47 VOCs tested for were detected in air samples, while three out of 40 VOCs tested for were detected in water samples.

VOCs are organic chemicals, some of which have negative short and long-term health effects. They are released by a variety of products and industrial processes.

There’s currently no monitoring program, and as a result, no way to check the health status of people living near these wells.

The researchers also looked at how many natural gas wells were located near the home as well as the distance. They found that the amount and proximity of natural gas wells to the home were linked to higher levels of certain VOCs. They also accounted for other factors related to exposure levels including whether the home had an attached garage, the tap water source, and whether the participant’s smoke or are exposed to second-hand smoke.

They also included the participant’s Indigenous status. A previous pilot study done in the same region of B.C. by Caron-Beaudoin found higher levels of VOC metabolites in the urine samples of pregnant Indigenous women compared to non-Indigenous pregnant women.

In this study, the levels of VOCs associated with the amount and proximity of natural gas wells were also higher in the homes of Indigenous participants. While the researchers are unsure why higher levels were found in the homes of Indigenous participants, they point to research showing ethnicity, indigeneity and socioeconomic status all being linked to heightened health risks from industrial activities.

The study, which is published in the journal Science of the Total Environment, also compared levels to the Canadian average. For some of the VOCs – in particular acetone and chloroform in air samples, and trihalomethanes (THMs) in water samples – some of the participants had levels that placed them in the top 95th percentile in Canada. In other words, among the highest exposure levels compared to the general Canadian population.

THMs in particular stood out. More than 60 per cent of study participants were found to be above the 95th percentile of exposure levels compared to the Canadian average.

“These levels are really high,” says Caron-Beaudoin. “For some of the participants, it was even over the guidelines for safe drinking water, so we had to contact them to let them know.”

She adds that acetone and chloroform are used as solvents in fracking fluid, while THMs occur when chlorine used to disinfect water reacts with natural organic matter. THMs levels tend to be higher in areas close to natural gas exploitation because greater amounts of wastewater are generated during the extraction process.

Pregnant women were recruited for the study because of the potential negative birth outcomes linked to living close to natural gas operations. Caron-Beaudoin points to research finding higher rates of preterm births, low birth weight and heart malformations, among others. There’s also a link to higher cancer rates in children, and increased levels of chronic respiratory disease in adults such as asthma, COPD and cancer.

Caron-Beaudoin currently leads the only research group that is actively looking at the potential health impacts linked to natural gas exploitation in Canada. As one of the largest global producers of natural gas, she says more research needs to be done in Canada on its potential health effects.

The area of northeastern British Columbia where the research participants are located will also be home to a massive new gas plant that could increase the number of wells in the area to more than 100,000.

“This is happening with very little data on exposure levels – including air and water quality,” she says. “There’s currently no monitoring program, and as a result, no way to check the health status of people living near these wells.”