How the homeless will be policed in the COVID-19 era 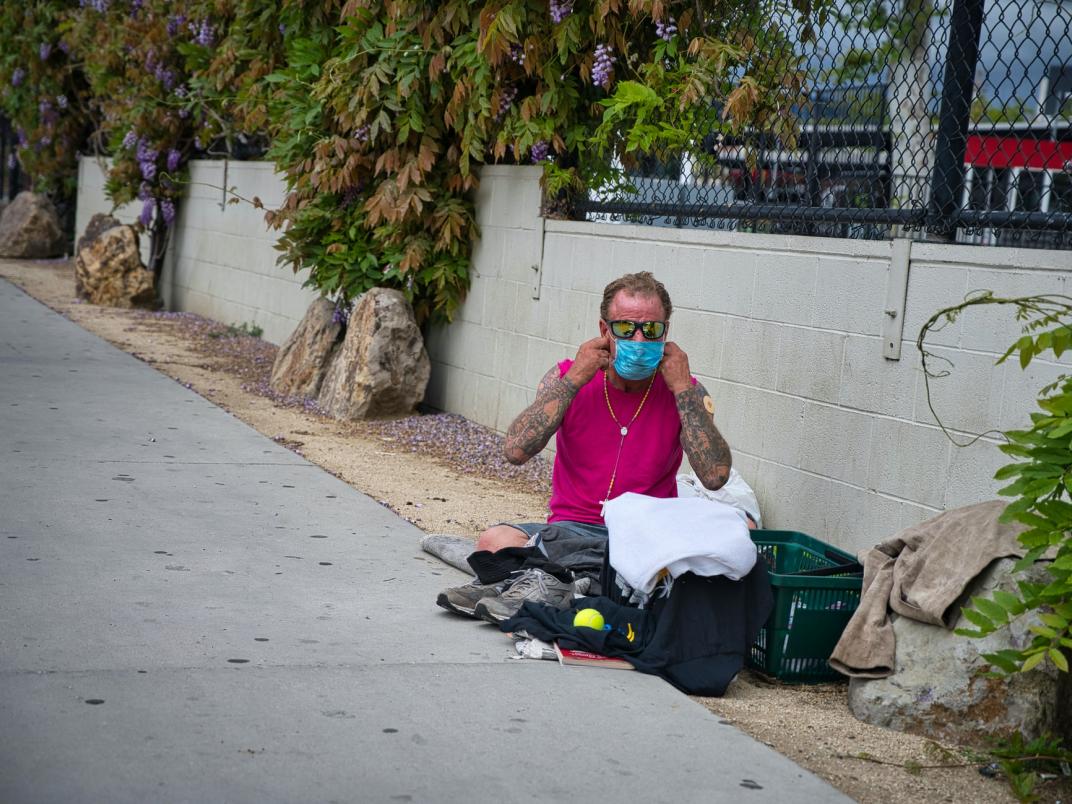 The COVID-19 pandemic is a very different and challenging experience for those experiencing homelessness. (Photo: Cameron Venti)

Back in April, U of T Scarborough sociology professor Joseph Hermer observed a trend that is now playing out on Toronto's streets: how the spread of COVID-19 would impact the homeless, and the way that they are policed in public spaces.

Several worrying factors impacted their susceptibility: an inadequate shelter system, where social distancing has been a challenge, their increased likelihood to suffer from underlying health conditions, and the policing of the homeless, where many of the normal activities that this population undertake to stay alive are criminalized across Canada.

“Visible minorities and Indigenous Peoples are vastly over-represented in the homeless population,” explains Hermer. “Homelessness is a very visible expression of profound inequality and prejudice.”

The Black Lives Matter protests emphasized just what is at stake: the homeless are largely made up of society’s most vulnerable populations, including Indigenous persons and those with physical and mental health challenges.

The rise of precarious work and the decline in affordable housing have disproportionately impacted those who must already deal with mental and physical health issues and systemic racism. Once homeless, many are caught in a Catch-22: the police are called upon to fix what is largely a social and public health issue, by removing people from public spaces, for violating loitering or soliciting laws. This forces the homeless into the criminal justice system, which puts everyone—the homeless, the police, courts and prisons—at risk of COVID-19.

This situation had been apparent to many who study it, with a growing number of calls to end all national and provincial legislation that effectively punish the homeless for not having homes to go to, by criminalizing their use of public space. But it would take a global pandemic to highlight the urgency with which this situation needs to be addressed.

Homelessness is a very visible expression of profound inequality and prejudice.

Hermer’s research will progress in two stages: first, understanding the laws that criminalize homelessness. Such municipal, provincial and federal laws and their impact on this population will be published in June in the form of a national map. Second, interviews with frontline workers and the police nationwide to understand what isn’t working and a report to be published in late summer with guidelines on how to do better.

“The police are often called as a last resort because the social services dealing with vulnerable populations either don’t exist or access to them is limited. They are expected to deal with social issues that they don’t have the training for,” says Hermer. “We’ve known this for a long time, but I think with the pandemic, there is a growing realization not only that we can do better, but that we have to do so.”