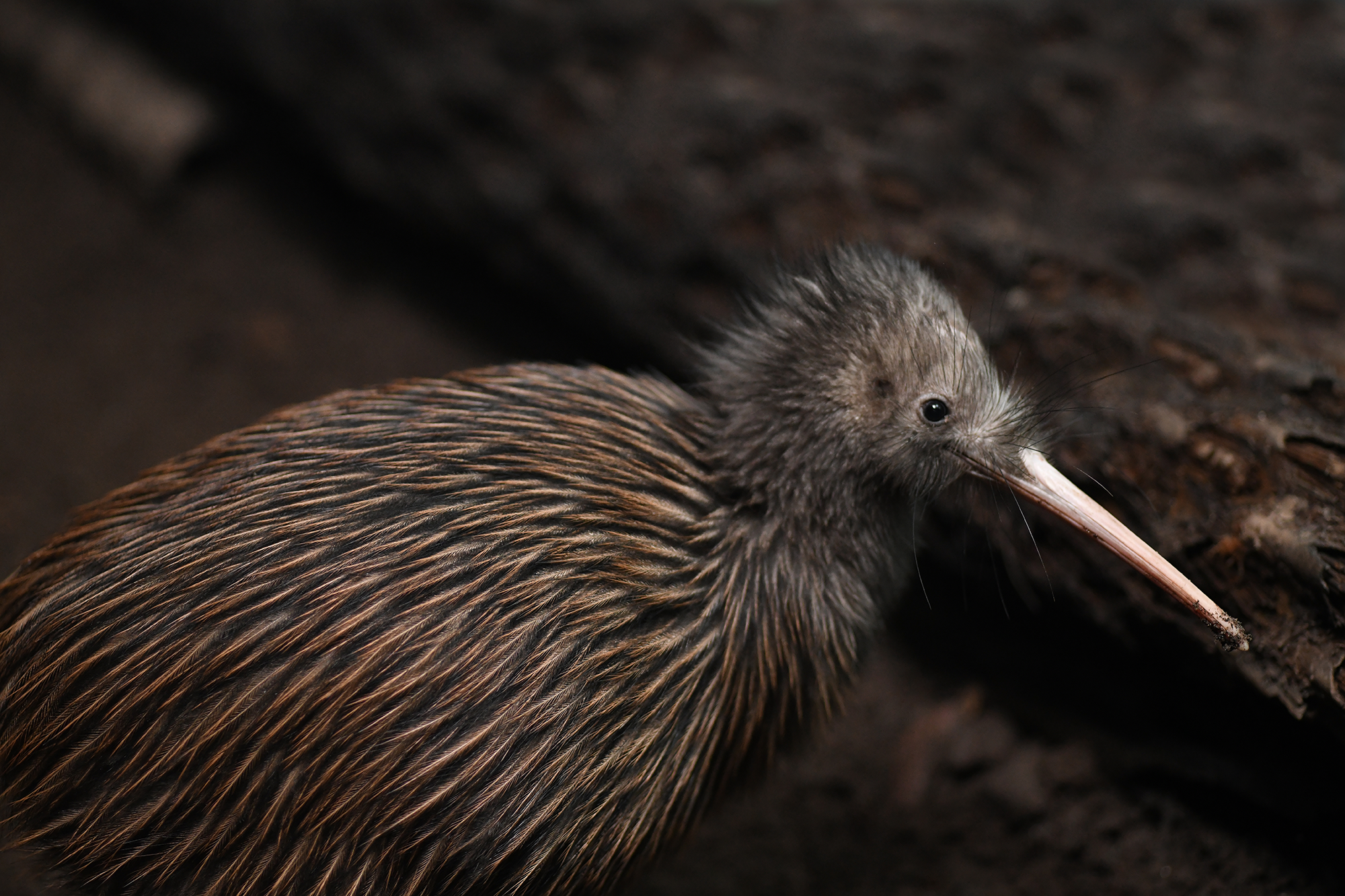 When two massive volcanic eruptions blanketed New Zealand in ash, they forever changed the genetics of the iconic brown kiwi bird, according to a new study from U of T Scarborough.

The brown kiwi are split into four distinct lineages that inhabit different parts of New Zealand’s North Island. It’s unknown why these four groupings exist, but it’s well-known that the birds survived two massive volcanic eruptions. Researchers discovered those eruptions wiped out most of the birds and isolated the survivors, leaving few to pass along their genes.

“You can easily tell which region of the island or which population the bird came from by looking at its DNA. They are quite strongly differentiated considering they're the same species,” says Jordan Bemmels, lead author of the study and postdoctoral researcher in the Weir Lab at U of T Scarborough.

“What we found allows us to say these volcanoes did have an impact on brown kiwi, which is persisting to the present day.”

About 30,000 years ago, the Taupo supervolcano coated swathes of the island in thick layers of ash and igneous rock, in a massive eruption that spewed more than 1,000 cubic kilometres of ash and particles. The volcano covered the landscape with an eruption one-tenth as large almost 2,000 years ago.

The study, published in Current Biology, looked at the genetics and locations of 57 brown kiwi, gathered by New Zealand conservation officials throughout the 1980s to 2000s. Bemmels used a supercomputer to build 2D maps of the island, then placed the kiwi, along with their genetic data, in their current locations.

Bemmels input facts about the brown kiwi — a squat, flightless bird — including the habitat characteristics they need to survive, their tendency to remain near their birthplace and other migration patterns. He then added the vast impact of the two volcanic eruptions, from how many brown kiwi the blast may have killed to how inhabitable it would have rendered areas of the island.

The computer simulated the eruptions and compared 12 possible models of how the birds could have been impacted. Bemmels then determined which outcome placed the specific lineages of brown kiwi closest to where they’re found today, with similar genetic characteristics.

“This is very different from other genetic simulation methods, where populations are modelled hypothetically and there's no spatial component,” Bemmels says. “As far as I'm aware, nobody has built the model of a natural disaster like this and then seen how it impacts genetic diversity and the distribution of genetic groups."

Jordan Bemmels used unique statistical modelling techniques, which he was trained in while pursuing his PhD (Submitted photo).

The most probable explanation was that the first eruption wiped most of the birds out, leaving few on the fringes of the island. Surviving groups most likely remained isolated from each other because they were separated by natural barriers, such as rivers and mountains, but eventually came back into contact over thousands of years. On a smaller scale, the second eruption had a similar impact: significant death, further isolation and stronger genetic signatures as the survivors passed down their genes.

Results also suggest the kiwi slowly began moving back toward the centre of the island, recolonizing the land as it recovered from the eruptions. Over several generations, they handed down the specific genetic signatures found today.

While humans have destroyed much of the brown kiwi birds’ habitat, and continue to contribute to their status as a threatened species, their impact couldn’t purely explain the birds’ genetic distinctions. The island’s Indigenous Māori people have inhabited the island for about 700 years, while the Europeans only began immigrating in large numbers around 160 years ago — far too recently to account for the divergence.

In fact, Bemmels confirmed something estimated in previous work from the Weir Lab: that the species was already beginning to deviate into four lineages, but the eruptions rapidly intensified the divide.

Partly funded by an NSERC Accelerator Grant and Discovery Grant, the study challenges ideas that only long-term geological changes such as climate change, glaciers or the formation of mountain ranges can impact a species for centuries.

“People tend to focus on very slow changes,” Bemmels says. “This could open the doors for people to explore how major disasters that wipe populations out really quickly could leave a legacy in other species, and try to see whether what we found is really the exception.”

$2.8 million study to test if microbes can grow in Canada’s national facility for nuclear waste