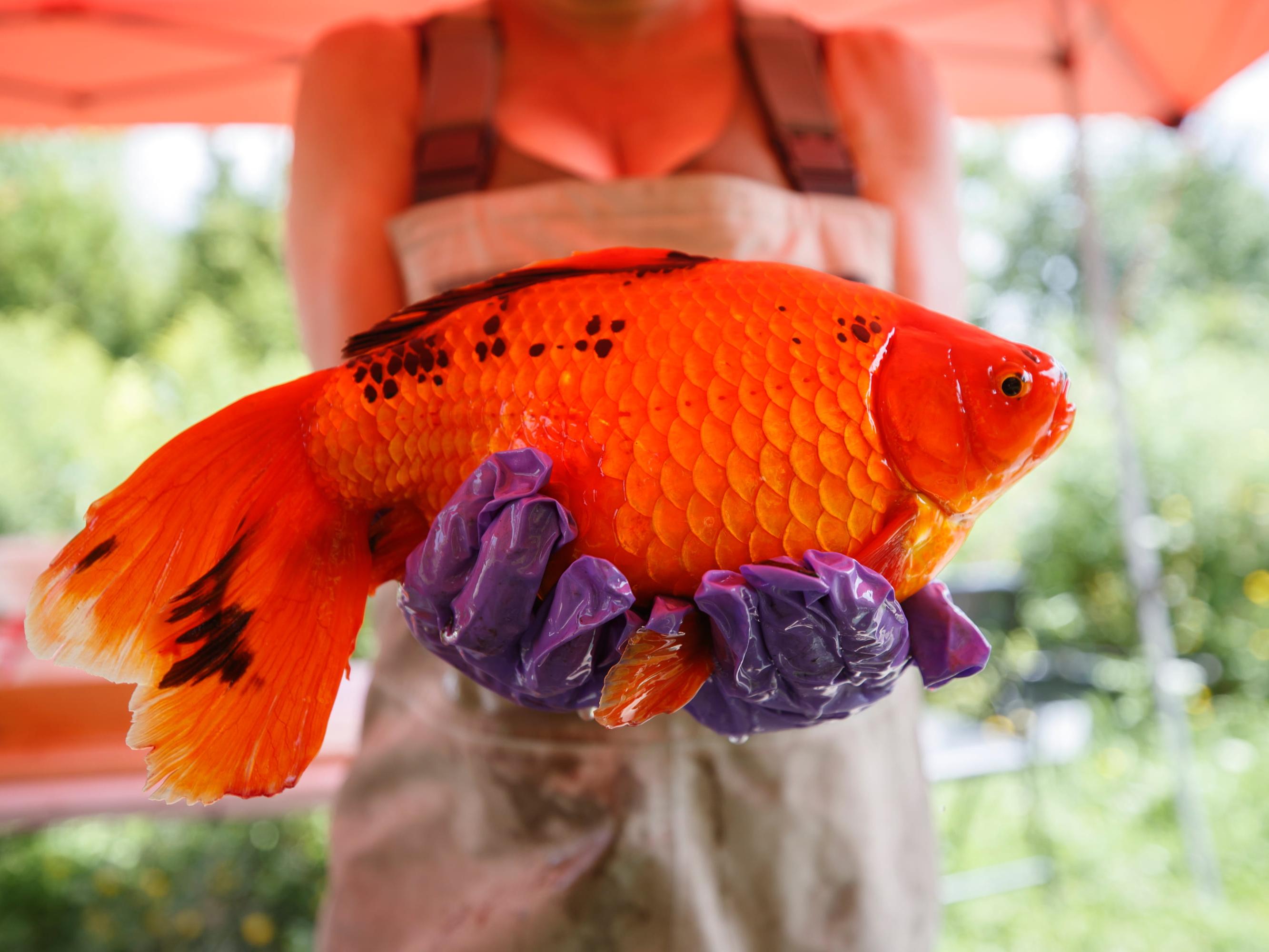 Pets that were released into ponds are becoming ‘super-invaders’ that could wreak havoc with the ecosystem. UTSC Professor Nick Mandrak is looking at how they get there, and what can be done about it (Photos by Cole Burston)
Article Date
Wednesday, October 6, 2021

About an hour’s drive west from Toronto sits a modest stormwater pond next to a subdivision in Stoney Creek, Ontario. It’s the kind of artificial body of water popping up in newer suburban developments and next to highways to help reduce local flooding.

What stands out about this one, which is about the size of a large backyard, is that it is teeming with more than 20,000 goldfish, the kind that people keep as pets.

How did the goldfish get there? What risk do they pose to rivers and lakes? How do they survive in such inhospitable conditions? These are all questions that interest Nick Mandrak, a biology professor at U of T Scarborough.

“These ponds are extreme environments,” says Mandrak, whose research focuses on aquatic invasive species. “Not only is the water shallow, oxygen levels are extremely low and temperatures can reach 30-plus degrees in the summer. “Goldfish are hardy, but in this environment only the hardiest of the hardy will survive.”

This is a problem, Mandrak explains, because goldfish reproduce at a rapid rate and are voracious eaters, ripping up aquatic vegetation as they hunt for tiny insects to feed on. They can also grow quite big – earlier this year, a four-pound goldfish the size of a football was pulled from a lake in Minnesota.

One of the most popular aquarium pets in the world, goldfish originated in east Asia and are not native to Canada. In large numbers, the fish can destroy natural aquatic habitats such as lakes and rivers and reduce the abundance of native species. Their prodigious feeding habits kick up mud, which clouds the water. Murky water means less sunlight penetrates deep enough to help aquatic plants grow. These plants, which are an important source of food for smaller organisms, also act as ecosystem filters that remove contaminants from the water.

“We don’t want the Great Lakes to revert back to being heavily contaminated – with fish we couldn’t eat and water we couldn’t swim in,” says Mandrak. “We want ecosystems that are as natural as possible, with native fish and with wetlands that absorb contaminants so we can enjoy them without fear of getting sick.”

Mandrak describes the goldfish as “super-invaders” because they are so adept at surviving and reproducing in these extreme environments, which, he says, will become more common as the climate continues to warm. There are already signs the goldfish are becoming more abundant in the wild. Over the past decade, they have become more prominent in Hamilton Harbour and Lake Erie, in addition to inhabiting stormwater ponds and conservation areas across southern Ontario.

As for how they get there, Mandrak blames people releasing their pets, which have then reproduced. (He estimates goldfish have been living in the Great Lakes for a century, but have only become abundant over the past few decades.) Today, there are at least three different species of goldfish in the wild across Canada.

To determine how goldfish survive in harsh conditions, Mandrak’s team is studying the age, growth and reproductive status of the fish they find in the stormwater ponds. The team also aims to identify the specific genes that enable the fish to adapt to warmer water that contains less oxygen. Warmer water due to climate change could favour goldfish over native fish – and even over other invasive species, says Mandrak.

The researchers are also comparing the eating habits of goldish caught in Hamilton Harbour to those of native fish. The fish that eat at a higher rate would likely be the winner in a battle for limited food in the wild.

It is important for the lab to know how many fish inhabit a given area, but conventional methods of counting fish are prohibitively expensive and time-consuming. So the researchers are developing a new technique that relies on environmental DNA analysis. Fish shed DNA in their feces and urine; analyzing water samples from the habitat can tell you how many different species live there.

Mandrak’s lab has teamed up with Fisheries and Oceans Canada on a project that involves draining 10 ponds in Hamilton. This will allow them to compare the number of fish predicted by the “environmental DNA” technique to a count of the actual fish. The researchers hope to refine the technique so they can use water analysis to predict the total number of individual fish living in a given area.

“Knowing this is crucial not only for the conservation of native fish, but also for monitoring invasive species,” says Mandrak, who is collaborating with U of T professor Donald Jackson on the stormwater pond project. “You can then use that information to determine how to protect natural species and get rid of the invasive ones.”

This story appeared in U of T Magazine 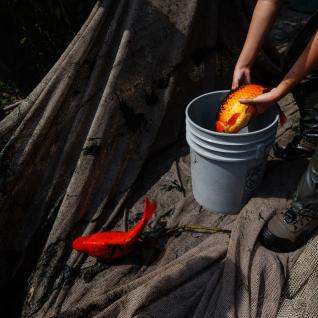 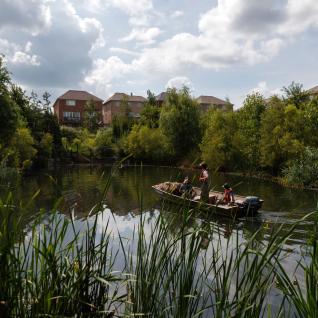