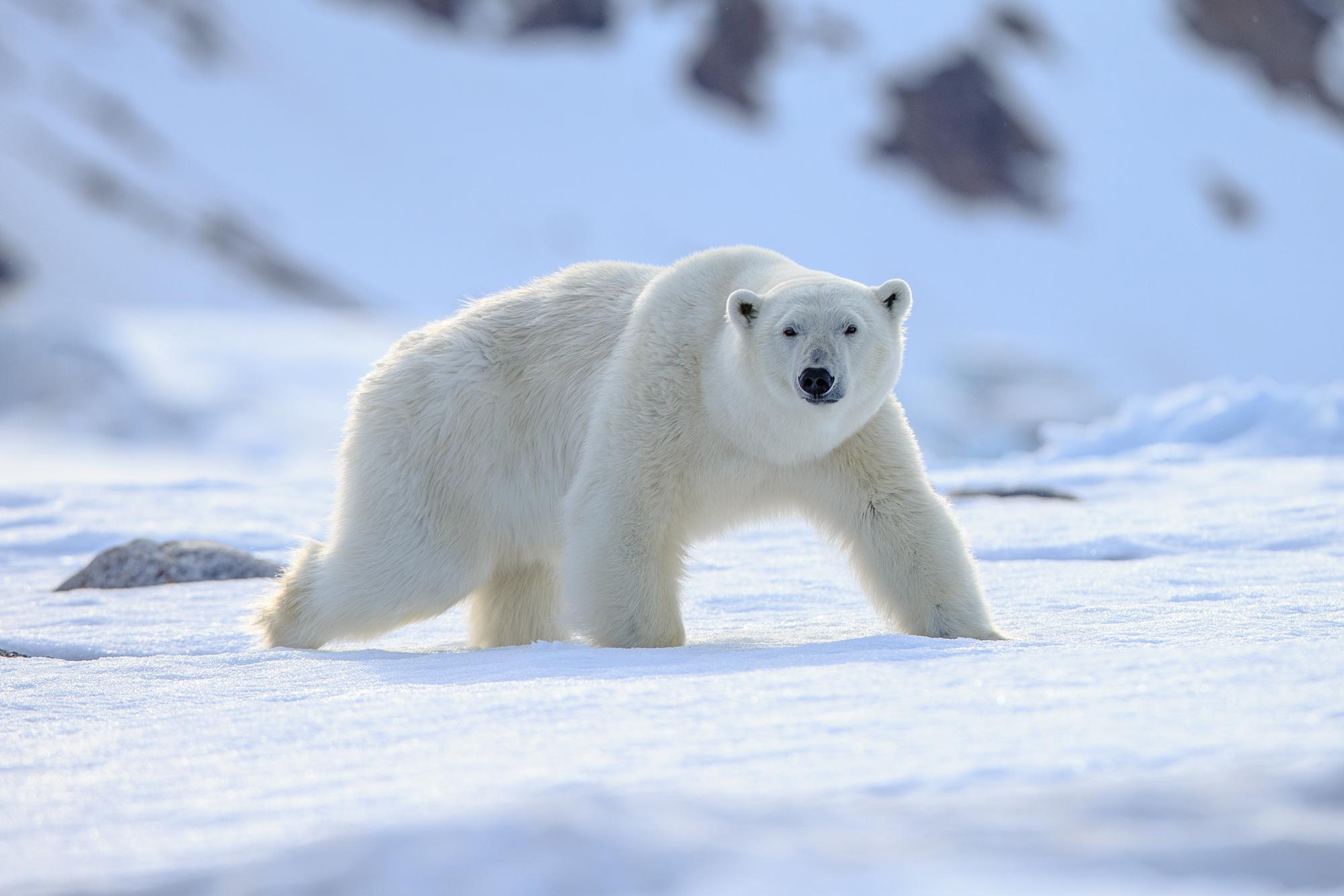 By studying polar bear poop, UTSC researchers hope to better understand how some contaminants get trapped inside the body (Shutterstock photo by Vaclav Sebek)
Article Date
Thursday, May 26, 2022

A new U of T Scarborough study using polar bear poop is revealing why certain chemical contaminants can get trapped and build up inside the body.

Polar bears are prone to storing certain contaminants in their bodies because they are at the top of the food chain, have a very fatty diet and evolved to absorb high amounts of fat.

“They’re like a trap for these chemicals,” says Frank Wania, a professor in department of physical and environmental science at U of T Scarborough who was one of the study’s authors.

“Their contaminant intake is very high, but their ability to expel it is very low.”

For the study, published in the journal Environmental Science & Technology, Wania and PhD student Yuhao Chen developed a new method to study how certain chemicals, called polychlorinated biphenyls (PCBs), accumulate inside polar bears from contaminated food. They analyzed the diet and fecal samples of polar bears from the Toronto Zoo to see how much PCBs get trapped compared to how much gets excreted.

The researchers found that PCBs tend to bio-magnify at a higher rate in polar bears because of their high lipid (fat is a type of lipid) diet and the capacity of their digestive system to absorb those lipids.

While animals and humans are generally good at expelling most chemicals that shouldn’t be in the body, some contaminants are harder to get rid of due to their properties. Ones that are lipid-soluble and persistent, including the pesticide DDT and certain types of PCBs, can build up in body tissue because they cannot be broken down or excreted easily in the digestive system.

Sarra Gourlie, supervisor of nutrition science at the Toronto Zoo who provided the dietary and fecal samples for the study, says polar bears have evolved to absorb nearly all the fat they eat, mostly from seal blubber.

“They’re able to extract about 97 per cent of fat from their diet, so very little of it actually gets excreted,” she says.

The polar bears at the Toronto Zoo aren’t fed wild seal blubber, which can contain high levels of PCBs. Chen says the that polar bears living in the wild have much higher levels of contaminants than ones at the zoo, which have a cleaner diet.

He says it’s important to monitor these contaminant levels because of the harm they can cause. Studies have linked high levels of PCBs in wild polar bears to lower levels of testosterone, which can impact reproduction. It’s also been linked to disruptions of the immune and endocrine systems, which may lower survival rates.

“The levels of PCBs have been found to exceed levels of concern to the point where they are expected to have a negative impact on polar bears living in the wild,” adds Wania.

PCBs are a group of highly toxic chemicals that have been banned globally, but can last a long time in the environment. While the researchers only looked at PCBs in this study, they say the approach might also help in monitoring other chemicals trapped through bio-magnification.

The traditional way of studying bio-magnification relies on analyzing tissue, which can only be done on dead animals or humans. As a result, there is virtually no research on bio-magnification in humans or endangered apex predators. The researchers hope the method they’ve developed can be used on other apex predators in the wild such as lions or tigers.

It might also be used on humans. Chen says he is currently looking into analyzing food and fecal samples from different people to see how contaminants can bio-magnify inside the body and whether there are differences between individuals.

“What we don’t know is how much of these contaminants are stored or expelled by our body when we eat a certain amount of food that is contaminated.”