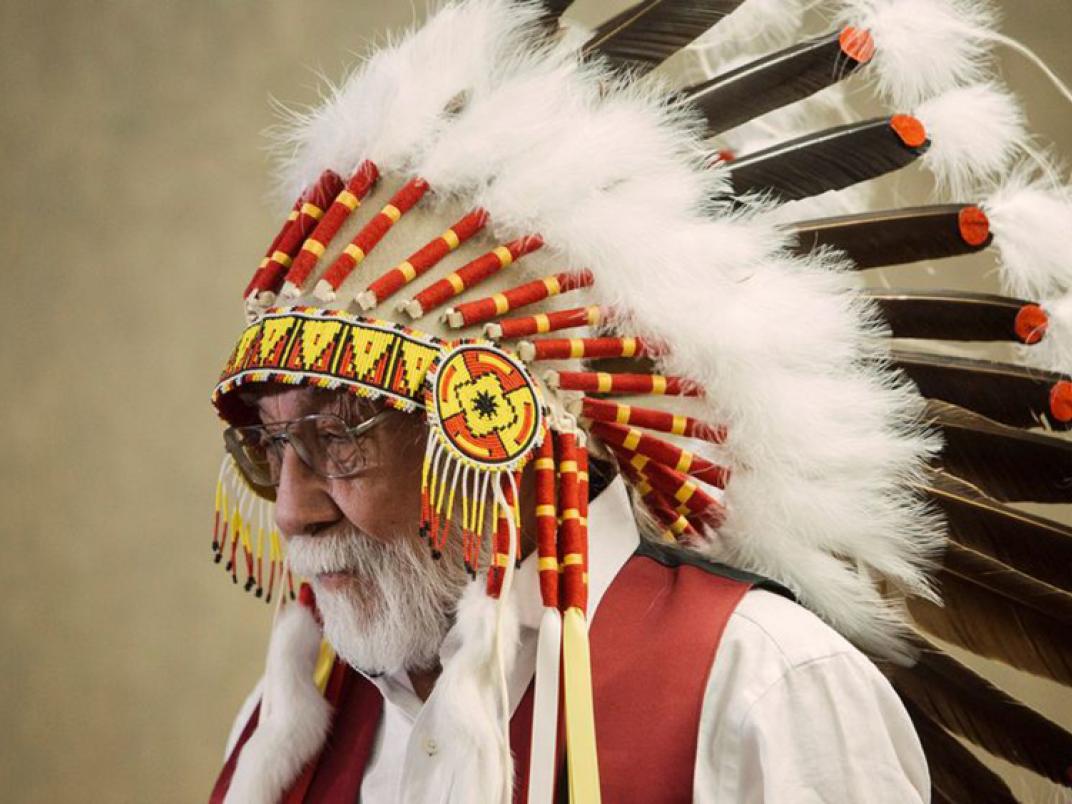 Should governments have a duty to consult First Nations when they craft laws affecting Indigenous and treaty rights? The Mikisew Cree First Nation recently argued yes, that the duty to consult should apply to not-yet-passed legislation that affects their rights to hunt, trap and fish on the land.

In October, the Supreme Court of Canada denied the Mikisew’s claim in a complex judgment. All of the justices agreed that the court could not review the actions of elected ministers before a law was passed. Even so, five justices said the “honour of the Crown” was involved at the law-making stage. What does it all mean?

In a trilogy of cases involving Haida Nation, Taku River and Mikisew Cree, the Supreme Court of Canada established the principle of the “honour of the Crown.” It means the federal and provincial governments have a legal duty to consult and, if necessary, accommodate where their actions negatively impact Indigenous rights.

The purpose of this duty is to work towards reconciliation.

These cases – and the many that have expanded the duty since them – have led to some changes for First Nations.

However, the courts have not seriously engaged with treaties as part of a nation-to-nation relationship, nor with Indigenous systems of law. The emphasis on colonial constitutional traditions comes at the expense of looking at treaties as foundational constitutional texts in Canadian law.

As geography scholar Nicole Latulippe points out about treaties: “Rooted in the land itself, these living agreements embody Indigenous law and diplomatic protocol signifying respect for autonomy and the stewardship of shared lands.”

Treaties were agreed to in some parts of Turtle Island, also known as North America. They were first made among Indigenous nations and other living and non-living beings, and then later between Indigenous and European nations. Their language signals the long-term nature of relationships, with phrases like “as long as the grass grows, and the water runs.” Treaties require that relationships be nurtured and cared for through diplomatic protocols, like feasting and ceremony.

Aimee Craft, an Anishnaabe-Métis scholar and lawyer, notes: “Indigenous and non-Indigenous legal communities in Canada will benefit from an enhanced understanding of Indigenous laws.” This includes understanding treaties as nation-to-nation agreements.

The Treaty of Niagara

One legal lesson that few Canadians know about is the 1764 Treaty of Niagara, when more than 2,000 representatives from Indigenous nations gathered over a month to deliberate how they could share the land with European settlers.

Wampum belts were exchanged during the treaty deliberations, including the two-row wampum(also known as guswenta) that shows two vessels travelling downstream, parallel but not interfering with one another.

The Treaty of Niagara was critical to shaping Canada as a nation. The Royal Proclamation issued by King George in 1763 may not have been accepted by Indigenous nations without the negotiated assurances, conditions and promises that came out of the 1764 Treaty of Niagara.

Treaties are also part of the law. Section 35 of the 1982 Constitution Act affirms the recognition of this and other Aboriginal and treaty rights.

Internationally, the United Nations Declaration on the Rights of Indigenous Peoples, or UNDRIP, which Canada has adopted, acknowledges the rights of Indigenous nations to have treaties and other agreements recognized by settler governments.

The Truth and Reconciliation Commission advocates for the federal government to renew or establish treaty relationships based on the principles of mutual recognition, mutual respect and shared responsibility for maintaining nation-to-nation relationships into the future.

All Canadians should be taught these and other locally relevant treaties. So should governments.

The Crown’s duty to consult and accommodate has not resulted in the practice of meaningful relationship-building as the foundational treaties called for.

In 2017, the province of Ontario introduced legislation that significantly changed the land-use planning appeals process. As in Mikisew, Ontario did not perceive itself as having a duty to consult Indigenous nations in the province as the legislation was crafted and passed into law.

The province did not engage with the enduring systems of land-use governance practised by Indigenous communities. As Anishinaabe legal scholar John Borrows argues, “First Nations must comply with provincial laws which they have no real role in crafting or administering.”

This oversight is particularly concerning given the relevance of land and planning to Indigenous communities.

If the Treaty of Niagara process had been used as a guide, Indigenous governments would be fully informed of proposed changes in law, with time set aside for representatives to come together in order to discuss, deliberate, debate and decide on the merits of these proposed changes.

Indigenous legal orders would be recognized as a foundational source of land-use law.

The recent Mikisew case reflects the limits of the duty to consult. It is an inadequate tool in urging Canadian governments to build and honour a nation-to-nation relationship with Indigenous communities.

There is hope. A majority of the justices leave open that other protections may well be recognized in future cases. Two acknowledge that “the duty to consult is about encouraging governments to consider their effects on Indigenous communities and consult proactively.”

We know it can happen. In New Zealand, Maori customary law already plays a role in common law. In a recent case this year, the court did not accept that pre-legislative actions are immune from judicial review, unlike the Mikisew decision.

Governments should proactively engage with the Treaty of Niagara or other locally relevant treaties, agreements, laws and relationships at all stages of law-making. Instead of the duty to consult and accommodate determining relationships, it should be the relationships that determine the duty.

Alexandra Flynn is an assistant professor of human geography & city studies at the University of Toronto Scarborough. Clara MacCallum Fraser is executive director of the Shared Path Consultation Initiative and a doctoral student in the Faculty of Environmental Studies at York University.

This article is republished from The Conversation under a Creative Commons license. Read the original article.