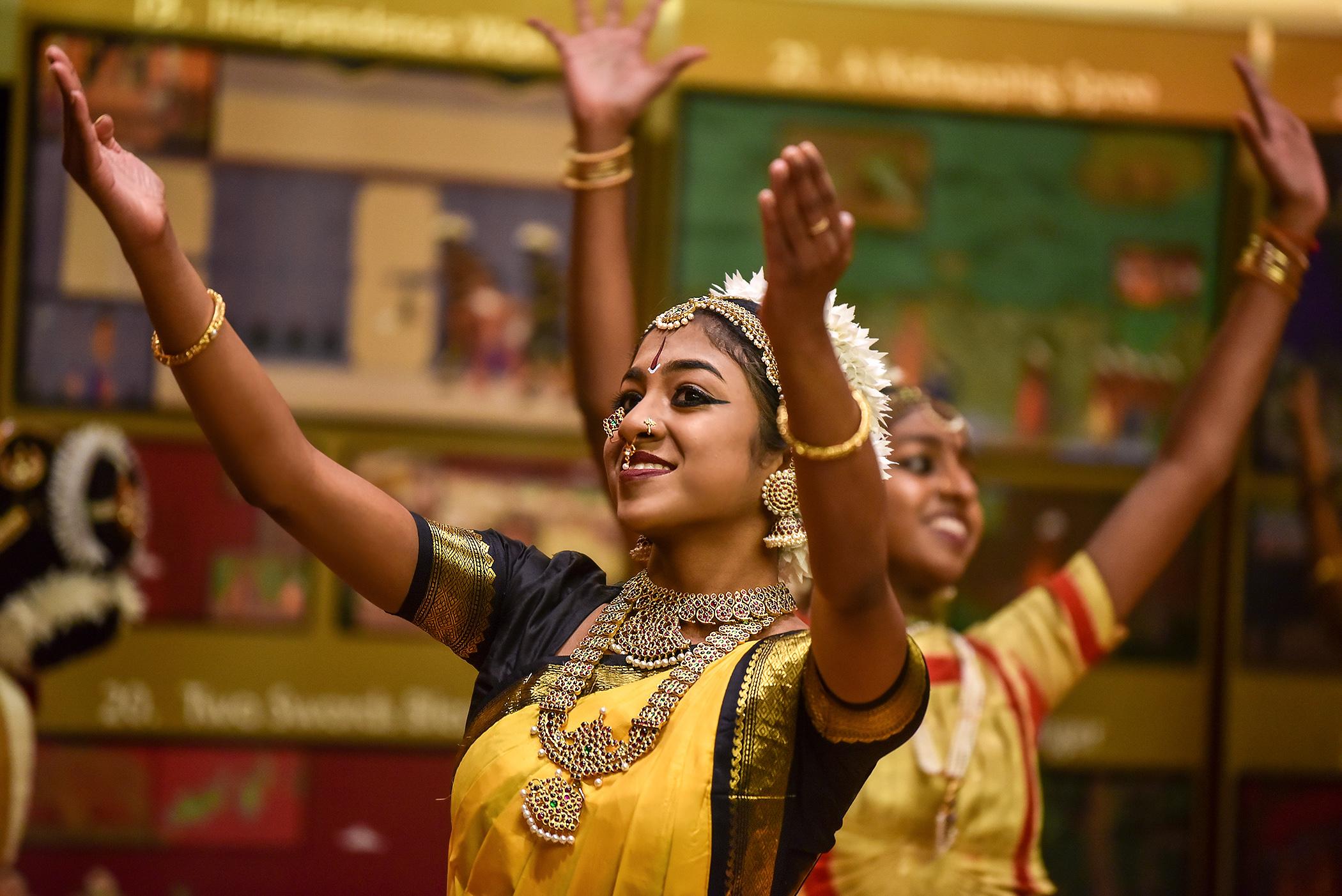 Dancers at a Tamil Heritage Month celebration at U of T Scarborough in 2019. The Chair in Tamil Studies at UTSC will be the first of its kind in Canada (Photo by Joseph Burrell)
Article Date
Friday, April 30, 2021

The campaign to establish a Chair in Tamil Studies at the University of Toronto Scarborough met its philanthropic goal of $3 million earlier this week, thanks to a little help from some friends. Make that a lot of friends.

More than 3,800 donors gave to the grassroots campaign, which was spearheaded by the Canadian Tamil Congress and Tamil Chair, Inc. in 2018. Since then, individuals, businesses, governments and community organizations have pitched in to realize the dream of bringing Tamil Studies home to U of T. While the bulk of the donors are local to Scarborough and the eastern GTA region, the campaign has also earned international recognition, with philanthropic support arriving from ports as far as France, Australia and Malaysia.

Tamil is among the world’s seven classical languages, with a continuous linguistic and literary history stretching back more than 2,000 years. With 80 million plus speakers, Tamil is one of the most frequently spoken languages in the world. Canada — specifically, the area around the GTA and eastern Toronto where the UTSC campus is based — is home to the largest Tamil community outside of the Indian sub-continent.

The Chair in Tamil Studies represents the first of its kind in Canada, and will be a boon to UTSC’s large and active Tamil-heritage student population, enabling the preservation and memorialization of Tamil culture and language through scholarship, and establishing a focal point for Tamil scholars all over the world to collaborate or pursue higher Tamil studies.

For fourth year Arts student Kanitha Uthayakuma, who has been actively involved in the Tamil Students Association at UTSC, the Tamil Chair and its placement at UTSC is special.

For the chair organizers and many of the campaign supporters, it was a priority to bring the Chair to the University of Toronto, one of the top-ranked schools in the world – and a school that intrinsically values inclusive excellence.

“We are proud to establish a Tamil Chair at Canada's most prestigious university – the University of Toronto – and in particular to its Scarborough Campus, a part of our great city that is home to a large Tamil population. On behalf of the Canadian Tamil Congress and Tamil Chair Inc. we would like to thank each and every donor, volunteer and community group who contributed to this historical initiative,” said Sivan Ilangko, committee chair for the Chair in Tamil Studies, who is also president of the Canadian Tamil Congress and a director of Tamil Chair, Inc.

“I offer my heartfelt congratulations and gratitude to the campaign organizers, volunteers and the countless donors from around the world, whose commitment, determination, perseverance, passion, and belief in the cause enabled us to realize this goal. They have brought to fruition the collective aspiration of the global Tamil community to preserve, grow, and sustain its cultural heritage for the enrichment of the common good,” said Wisdom Tettey, vice-president of the University of Toronto and principal of the University of Toronto Scarborough, in a statement.

“Together with our community partners, we proudly celebrate what has been accomplished through this truly unique exemplar of innovative, inclusive, and participatory university-community mobilization for common purpose,” he added.

Now that the campaign goal has been met, UTSC will begin the work of recruiting the Chair.