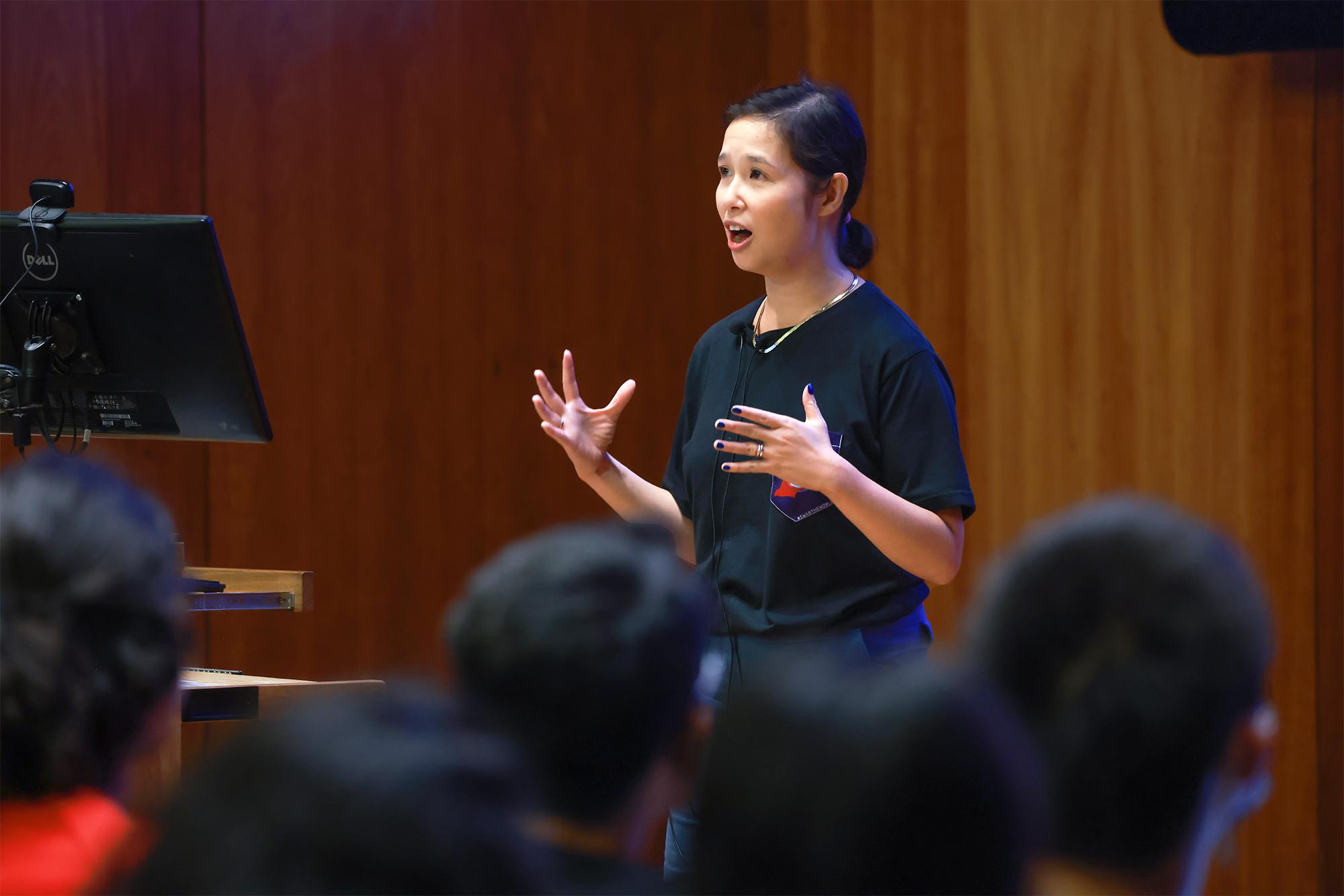 Mai Duong was dying and could not get the stem cell transplant she needed. Diagnosed with leukemia, she’d already had to terminate a pregnancy to start chemotherapy.

The cancer returned months later, and Duong needed a stem cell donor who shared her South Asian ethnicity. But more than two-thirds of the donors in the Canadian Blood Services’ (CBS) registry are Caucasian, a diversity shortage mirrored around the world. Duong was sure more BIPOC (Black, Indigenous and people of colour) donors would sign up if they just knew how much they were needed.

“If we don’t talk about these issues, how can we make a change?” says Duong, who lives in Montreal. “Everybody should have their potential donor no matter what their ethnicity is.”

In 2014, Duong created a public awareness campaign that led to more than 20,000 new donors on Quebec’s registry that year (up from 3,000 on average), many of whom were of Asian descent. Though she didn’t find a match, those new donors later saved five lives. Duong finally received a transplant through donated umbilical cord blood and went on to co-found Swab the World, a platform that recruits stem cell donors and connects them with those who need donations.

“Cancer and illness do not discriminate,” says Duong, who works as an advertising executive. “You don't know when illness is going to strike, but once it does, you have to be prepared. The community has to be prepared.”

Donors must also be 17 to 35 years old to join CBS’ registry, so who better to get the word out than 1,800 undergraduate students on one of Canada’s most diverse campuses? As part of a first-year psychology course at U of T Scarborough, students will create more than 400 public service announcements (PSAs) highlighting the need for BIPOC stem cell donors.

“These students know how to market to their communities much better than other people,” says Steve Joordens, the course’s instructor and professor in the department of psychology. “And we all naturally feel more connected to the communities we know better and interact with more. That makes it a little more personal.”

Students will work in groups of four and imagine they are a consulting company for Swab the World. This semester, they’re learning about the psychology behind what makes something attention-grabbing, memorable and persuasive — knowledge they’ll use to create PSAs that attempt to convince BIPOC community members to become stem cell donors.

“At university, you have a big group of students who are there to learn things they never heard about before,” says Duong. “In terms of the demographics, it’s huge for us because the students are exactly from the backgrounds that we need to reach.”

Their grades won’t be based on the quality of their PSAs, which Joordens hopes inspires students to “do whatever they want.” The entire project is only worth four marks: one is earned by submitting a PSA, the others come from feedback students will give other projects via a custom digital platform. The crux of the assignment is to have students create something they care about.

“We love experiential learning,” Joordens says. “We love the students to be somehow interacting with community partners and doing a project where what they're doing could actually matter, something that could have value.”

On Sept. 21, Duong shared her story with the class as students formally received their assignment. She also used her presentation to address common misconceptions about stem cell donation, including notions that the procedure is invasive or painful. She noted that in most cases, it’s much like donating blood. She showed the class several video testimonials from donors, who recalled watching movies, eating snacks and relaxing while the procedure occurred.

After the lecture, Duong and representatives from Swab the World staffed a booth on campus that helped students sign up to be part of CBS’ stem cell registry. She and Joordens will later be on a panel of judges to determine a winning project, which Swab the World will feature on its website. The organization also hopes to eventually establish a chapter at U of T Scarborough for impassioned students to support the cause.

“I really hope students start to think they can use their education to make the world a better place,” Joordens says. “It's an empowering mindset and it's one I would like students to leave the class with.”