Writer-in-residence opens up art as a force for advocacy 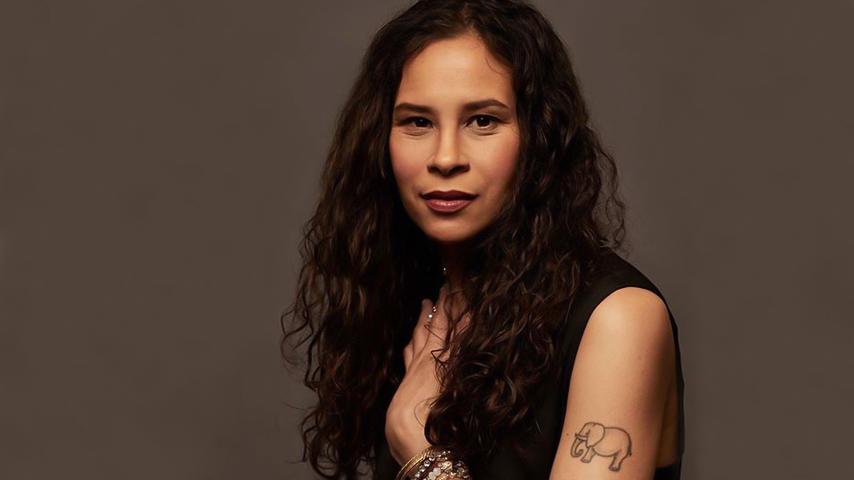 Who should be seen and heard is at the heart of the Black Lives Matter movement. For El Jones, U of T Scarborough’s newly appointed writer-in-residence, this question has dominated her life, beginning at age 13 with a turn towards poetry.

“I remember reading Oscar Wilde’s The Ballad of Reading Gaol, and feeling the injustice of it; that a man was imprisoned for whom he loved. He made the injustice sing with the grace of his words, and in that moment. I wanted to be a poet.”

Poetry wasn’t in the blood; in fact, her mother wanted her to become a doctor, and play violin after hours. But words were a calling and led her to study film at the University of Manitoba, then graduate studies in English at Dalhousie University.

Ironically, the subjects not taught — namely African American and Canadian writers — sparked her engagement with the spoken word.

“In graduate school, I was listening to a lot of hip hop because I wasn’t hearing Black voices and there were no black people around me,” Jones says. “I felt dislocated.”

In response, Jones composed the poem White Neighbours, a commentary on the casual and systemic racism she experienced growing up. Lines like "Kids in junior high school make fun of my mother / Now they're calling me in high school trying to get with my brother / Make their parents freak/ Date 'em for a week /Dump him, get another/ Then they be talking about how Black men be players/ Saying being faithful just ain't in our natures."

At Halifax’s Word iz Bond show two days later, an electric performance of that poem led to the National Spoken Word Competition, and she won. Encouraged by human rights activist and author Rocky Jones, Jones used her growing platform to engage others who are normally voiceless, teaching creative writing to prisoners, and hosting them on her weekly radio show.

“She is an artist who is profoundly politically engaged, which is a combination we don’t always see in the writers and thinkers who are often prioritized in university curricula,” explains Andrew Westoll, author and associate professor of creative writing at UTSC. “So I think our students are going to have their minds opened to the potential for art as a force of advocacy.”

Since then, she’s evolved into a one-woman Oprah Winfrey-like activist-poet, becoming Halifax’s poet laureate from 2013-2015, writing a column for the Halifax Examiner, hosting the Black Power Hour radio show on CKDU-FM; working with the Halifax police board to define defunding the police, and with the East Coast Prison Justice and Elizabeth Fry Societies on prison rights, and spearheading the national campaign to prevent the deportation of refugee Abdoul Abdi.

Since the killing by police of George Floyd, and the rise of the Black Lives Matter movement, many Canadian institutions are rethinking education and engagement with their Black student populations. This is particularly important in a campus like U of T Scarborough, which, although it does not collect student or staff statistics on the ethnicity of its students, is known to have a highly diverse student body, located in Scarborough, where 73 per cent of the population are considered visible minorities.

Jones’ appointment is part of larger shifts happening nationwide. This summer saw the birth of the African Nova Scotian Freedom School focusing on the history of Black people in North America. In June, B.C. Education Minister Rob Fleming pledged to get more Black Canadian history into the provincial school curriculum.  A prominent campaign by the Ontario Black History Society in October has called on the provincial and federal governments to include more, in-depth Black history in the curricula.

“We haven’t appeared in the curriculum for centuries. But now Black, white, Indigenous and others are rethinking education and asking how can we include the voices of the oppressed to educate students in a just way. I feel very lucky to be part of those conversations.”

To learn more about the Writer in Residence program, or to explore how El Jones might contribute to your class or event next term, email Andrew Westoll at awestoll@utsc.utoronto.ca.