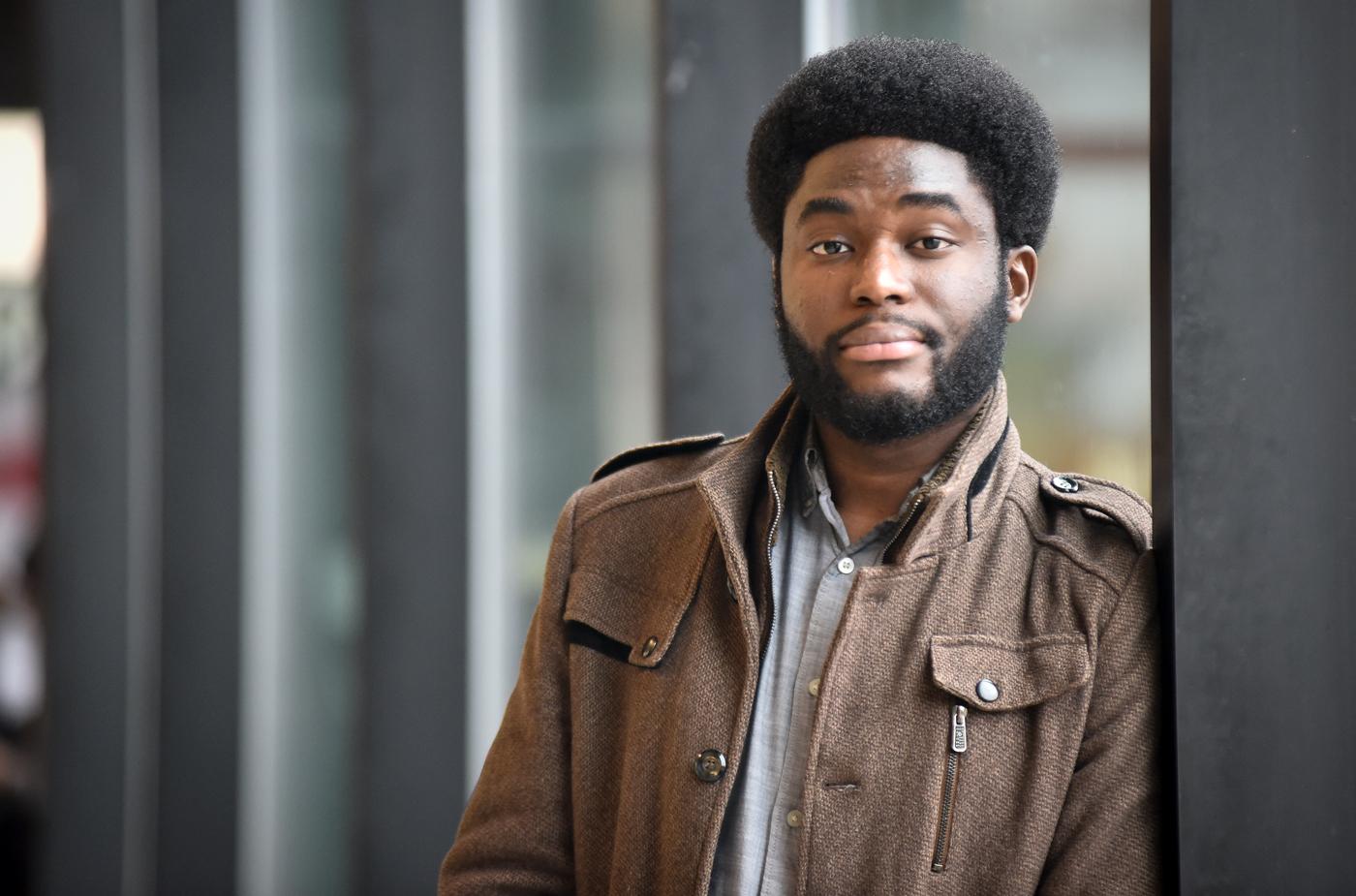 Efosa Obano has worked in the TCard+ program office and volunteered for a number of clubs on campus all before going on to found his own nonprofit, the African Impact Initiative. (Photo by Ken Jones)
Article Date
Monday, April 23, 2018

Efosa Obano began his university journey without knowing a single person in Scarborough.

But as an international student he quickly came to embrace the diversity that defines the campus and the broader community, and decided to take on roles to improve the student experience for his peers.

As a strategic management specialist, with an interest in technology and health care, Obano wanted to help his fellow students in other programs take advantage of the same opportunities that had been brought to him in the classroom. This led to him founding his own non-profit organization, the African Impact Initiative.

“Coming from a co-op management program, my cofounder and I realized that it was very competitive, but also very beneficial in terms of the career opportunities it presented,” said Obano. “We spoke to a lot of friends, giving advice on jobs and other things, and found there was a need for this on our campus and elsewhere.”

In the early years of his degree, Obano was employed by the TCard+ office and volunteered with the Residence Life Planning Committee, the Management Diversity Planning Team, and the African Students Association (ASA) in order to meet other international students.

“In first year, I didn’t really know anyone. I got involved in the ASA and we kind of restarted it. The Association existed but it didn’t really function when I got here,” said Obano.

Through the ASA, he planned club nights, award galas, and sports field trips, which vastly boosted the popularity of the club on campus.

For all that he accomplished, however, Obano still felt that more could be done by way of helping students network outside of the campus. He realized that a gap existed – there were plenty of clubs designed to help international students socialize but none that developed professional skills – and the African Impact Initiative would bridge that gap.

Obano credits his manager, Mohsin Jeelani, from the business development team at the TCard+ project as his greatest source of inspiration as an entrepreneur. Much of Obano’s own business philosophy and knowledge of professional networking are a result of connections made through job placements, and this knowledge is then passed on through the African Impact Initiative.

“Last semester we held the African Impact Conference where the theme was ‘Getting Perspective.’ We brought in African professionals to speak of their experiences in trying to build careers here in Canada, because that’s a very specific struggle,” said Obano.

“So our primary goal is making an impact in the African community in Canada -- and we do some outreach to students in Africa as well -- and all around our mission is professional development and community building,” he added.

With graduation approaching quickly, Obano set his sights on formalizing the frameworks that made his clubs so successful so that they can continue to thrive without his direct oversight. He also hopes that his upcoming job with Dell will give him a chance to create an influence internationally and bring similar opportunities to Nigeria.

“The end goal will be taking some of what I learn and being able to implement these frameworks back home,” he said. “So the dream is that African Impact will be a charity through which I can make a contribution to these entire communities, along with the business which I eventually hope to startup.”

This year, Letter Awards were given to 18 students at U of T Scarborough.