Danny Ramadan, author and advocate for LGBTQ+ Syrian refugees, is U of T Scarborough’s new writer-in-residence 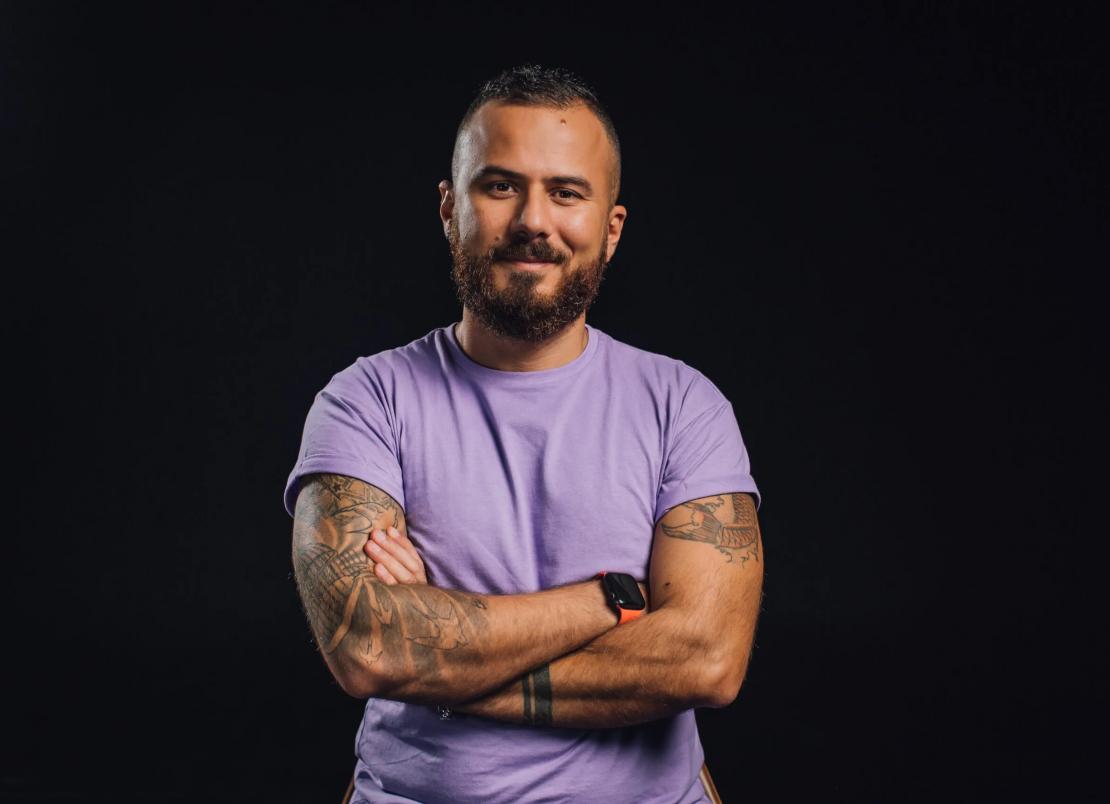 Award-winning author Danny Ramadan will kickoff his role as U of T Scarborough's new writer-in-residence with a reading on Feb. 1 (Submitted photo).

As a gay person growing up in Syria, Danny Ramadan says every day was like taking a paper cut to his mental health.

“I was navigating a lot of trauma. I was a queer child in a very dysfunctional family system and a hypermasculine, working-class environment,” he says. “I felt like my mentality kept crashing and I kept putting it back together by writing about it. Writing was how I didn't die by a thousand paper cuts.”

What began as a coping mechanism has led to several books, articles and short stories that have garnered awards and critical acclaim. His debut novel, The Clothesline Swing, was named among the best books of the year by the Globe and Mail and Toronto Star, while his children’s book, Salma the Syrian Chef, won the Nautilus Book Award and The Middle East Book Award.

He’s now bringing his lifetime of writing experience to U of T Scarborough as writer-in-residence, a role that connects celebrated writers with the school community through office hours, workshops, and appearances in classrooms and events.

Ramadan has been writing — and being published — since age 10, when his first poem appeared in a children’s magazine in Damascus. No one else in his life shared his passion, but he kept writing, finding himself particularly drawn to short stories. Ramadan didn’t inherit his writing prowess, but he says his family did hand down their voices. He internalized the voice of his father, which espouses toxic masculinity, and one from his mother that tells him to doubt himself.

“Sometimes you have the voices of several doubters living in your head. I think that's a fluffy term for childhood trauma, the voices we take on that are foreign to ourselves,” he says.

Ramadan’s life changed at age 17, when he first said out loud to his family that he was gay. Ramadan then lived on the streets and slept on friends’ couches until he found his own place, still using writing as a lifeline. He developed a tendency to examine everything around him, including the concept of coming out. Unlike in Toronto, a city where LBGTQ+ organizations, institutions and communities are common, he says coming out in Damascus often means losing every form of support.

“Queerness is not a club where you need to come out to receive your membership card,” he says. “You need to navigate the world according to the dynamics around you.”

At age 20, Ramadan published his first collection of short stories in Egypt, the success of which drew job offers that had Ramadan move to the country for seven years. In 2010, he returned to Syria as national unrest culminated in the Syrian civil war. He began running an underground centre for LGBTQ+ Syrians out of his home, an endeavor he calls “beautifully naive,” and one that landed him in prison for six weeks.

Upon his release, he was declared persona non grata by the Syrian government and moved to Lebanon as a refugee. Writing fiction has always been his life’s calling, but it didn’t initially offer a steady source of income. He became a journalist to pay the bills and by his late-20s was reporting for the Washington Post from the heart of the refugee crisis in the Middle East.

Those three years as a reporter are not a time he looks back on fondly. He spent hours counting bodies in YouTube videos, interviewing rebels and dissecting massacres, all for articles that may never be published depending on what the ever-churning news cycle determined most important that day.

“I never felt like I had my own voice. I was just part of a much larger machine as a journalist,” he says. “In my creative writing, I feel like I'm my own boss. I am the master of my own craft and I have a village of folks who are supporting me.”

In 2014, he came to Vancouver, B.C., as a refugee, where he earned his MFA in creative writing from the University of British Columbia and currently lives with his husband and dog.

Ramadan has 18 doves tattooed on his bicep — one for each LGBTQ+ Syrian refugee his annual fundraiser, An Evening in Damascus, has brought to Canada. His charity has raised more than $300,000 to support LGBTQ+ Syrian refugees, and he still has to add three more birds. Thankfully there’s lots of space on his forearm.

Ramadan’s memoir is scheduled for release in the summer of 2024 and he is working on a series of short stories and children’s books. On campus, he holds office hours on Thursdays and will host a reading on Feb. 1.

To learn more about the writer-in-residence program and how Ramadan can contribute to a course or event, contact Andrew Westoll at andrew.westoll@utoronto.ca.

U of T to host restorative circle, other events in support of Jewish community