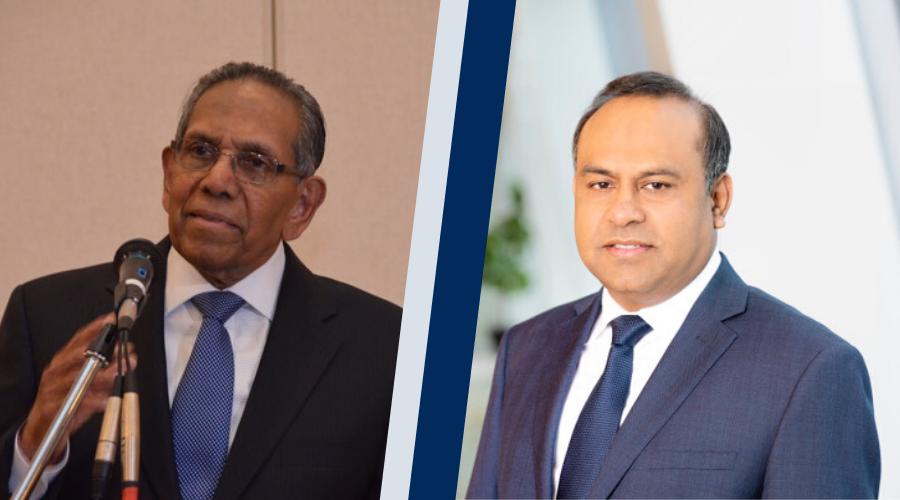 Appadurai Muttulingam couldn’t believe it when he learned that a donation had been made from Yellowknife to U of T Scarborough’s Tamil Chair initiative. Donations have been gifted from all over Canada and the globe, but he still called to show appreciation.

“These are the people that give us strength and hope,” says Muttulingam, director of Tamil Chair Inc, and an award-winning author.

Muttulingam and Sivan Ilangko, president of the Canadian Tamil Congress, are at the forefront of the Tamil Chair initiative. They’ve also dedicated their careers to support and celebrate the Tamil community.

In 2018, the two non-profit organizations pledged $3 million to establish the full-time position in Tamil Studies to U of T Scarborough. The funds will support academic programming and research in Tamil language and history, but most importantly, preserve its rich culture for future generations.

In the time of writing, $1.3 million has been raised.

“Creating a Tamil Chair in Toronto has been a long-time dream of the Tamil community,” Ilangko, chair of the Toronto Tamil Chair Committee, says. “There are more than 7,000 languages in the world and Tamil is one of the seven classical languages. It’s an integral part of our identity.”

In the U.S., doctors Sundaresan Sambandam and Vijay Janakiraman helped to successfully raise funds for a Tamil Chair at Harvard University. It sparked global momentum, and the opportunity for partnership with U of T followed.

“We lost our land and we lost our language,” Muttulingam says, referring to the Sri Lankan Civil War. “Language for us, living here in Canada, is very important. That’s why it is important for us to come together.”

In light of the initiative and the declaration of Tamil Heritage Month in Canada, Ilangko pitched the idea to celebrate the month on campus. The first celebration was in 2019 and it’s now an annual event.

Muttulingam credits Gary Anandasangaree, MP for Scarborough-Rouge Park, for carrying the motion on the establishment of Tamil Heritage Month in Canada.

The author of multiple books in Tamil throughout his decades-long career, Muttulingam published his first book at the age of 25. He co-founded the Tamil Literary Garden, a Toronto-based non-profit organization that annually recognizes excellence in Tamil literature.

Ilangko immigrated to Toronto in 2001. Climbing the corporate ladder, he wanted to create opportunities to prepare youth to succeed in the workforce.

In 2012, he co-founded the Centre for Leadership and Innovation, a non-profit organization that strives to nurture leadership skills and build confidence in youth from the Tamil and other multicultural communities.

“Students from our first classes are graduating from university. They still keep in touch with us,” Ilangko says. “It’s something I’m very passionate about, along with the Tamil Chair.”

“When you have a positive impact on people’s lives, that naturally makes you happy as well.”

While the COVID-19 pandemic has postponed events around the initiative, members have participated in volunteer groups to support frontline healthcare workers.

Click here to make a donation to the Tamil Chair Initiative.

U of T cancels in-person exams, delays in-person classes due to Omicron variant

Defy Gravity: Campaign for U of T offers vision of inclusive excellence with global impact

U of T accepts all recommendations of Anti-Semitism Working Group