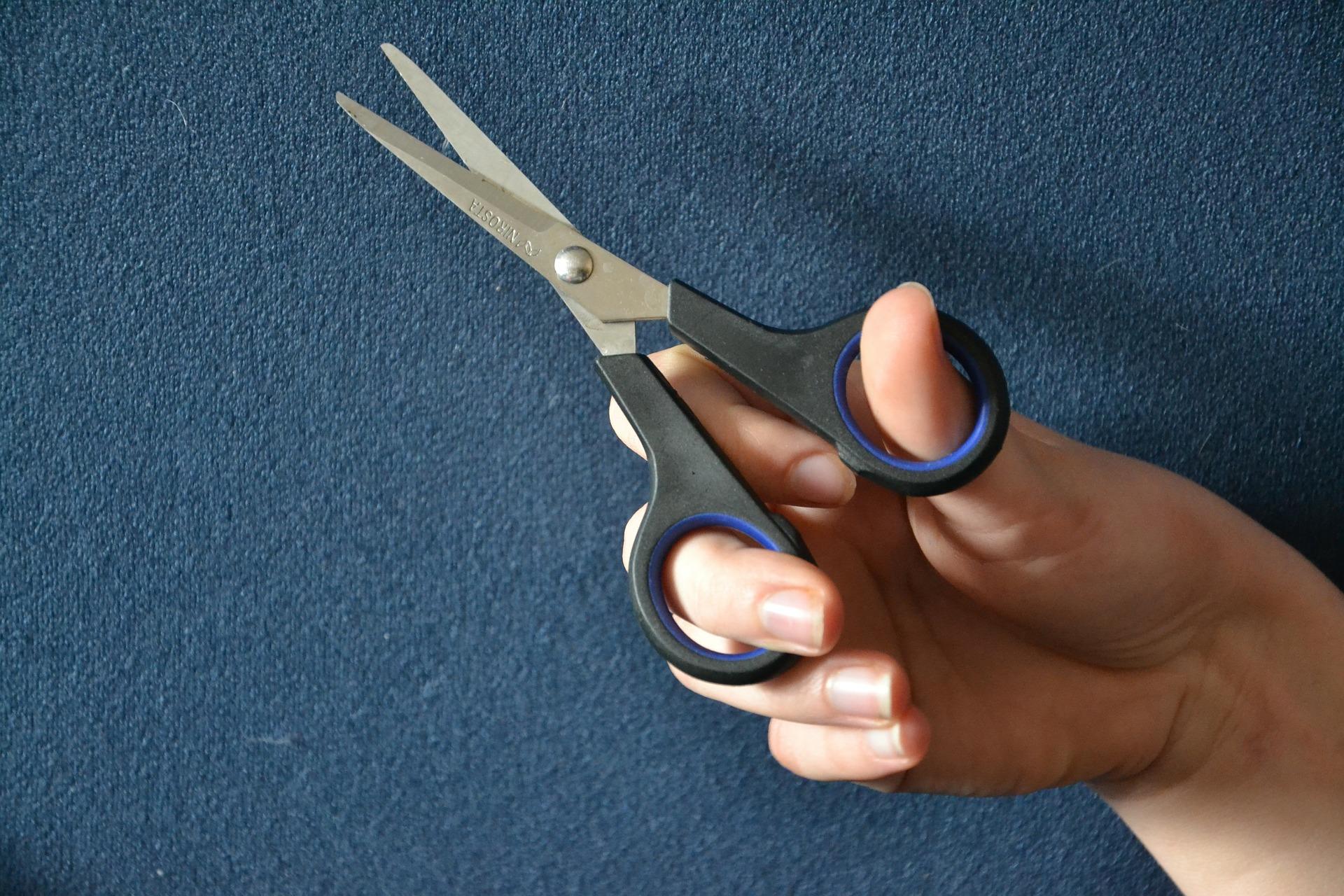 How women at U of T Scarborough are closing the gender gap at higher levels of academia.
Article Date
Friday, May 10, 2019

It’s not that universities aren’t trying. And it’s not that women don’t account for an increasing percentage of full-time faculty on Canadian campuses. But the ranks of full and associate professors in Canada are still dominated by men. It’s sometimes called ‘the scissor effect’: there are plenty of women at the lower ranks (grasping the scissors), but then their representation slides. Men dominate the higher ranks of the faculty hierarchy (the blade).

At U of T Scarborough, among other universities, there’s a growing awareness that this needs to change.

How to close the gap

Through policy and education: As a faculty member and a black female professor in biology, Maydianne Andrade, vice-dean, faculty affairs & equity, educated herself and started making presentations on equity. “The provost began to support these activities — now we have volunteers who are tri-campus senior faculty members, and a subset who also present the data to their colleagues,” says Andrade. “Support is essential — the dean wants me to give these presentations to everyone I can.”

By putting money on it: Money has been available for hiring underrepresented groups, including women. “In some cases, we deliberately leave the field open, realizing that our goal is to find an excellent individual regardless of what disciplinary field that is in,” says Andrade. “Hiring committees are encouraged to be creative with recruiting.”

By documenting the wins: In career progression workshops, Andrade tells faculty members to look at their CVs. For example, if they were invited to speak at an international conference but couldn’t because they had just had a baby, they should still list the invitation. “What’s critical is that someone in Vienna thought you were prominent enough to give a talk; it’s the invitation that is important.”

By exposing unconscious bias: For women to advance to senior roles, they need to overcome unconscious biases that run throughout educational institutions. Andrade herself discovered that she had an unconscious bias against seeing women as leaders. “That’s a devastating thing to discover,” she says. “But I tell people because I want them to know that even if you do have a bias, you don’t have to act on it.” Recognizing this is important, because then you can be more careful about the process, she adds.

Through support and mentorship programs: Some profs head to high schools to encourage girls. Others are incredible role models, and others do what they can in the classrooms.

We talked to eight female faculty members about their experiences and thoughts. “Some people are not aware that this struggle is not over,” says Lisa Jeffrey, a professor in the Department of Computer & Mathematical Sciences. “This fight is not over.”

Girls are smarter than they think

Math is fun for Bianca Schroeder, associate Chair in the Department of Computer & Mathematical Sciences. As a university student, she barely knew how to turn on a computer. “But after the first year and initial shock, I really enjoyed it,” she says. Schroeder went on to earn her doctorate at Carnegie Mellon University, and joined U of T Scarborough in 2008.

“We have a high dropout rate in computer science,” she says. “A lot of qualified women leave even though they have good grades. It’s an issue of self-esteem, and even women who turn out to be very successful think they’re just lucky; it’s the imposter syndrome.”

Last year Anya Tafliovich, a professor in the Teaching Stream, Department of Computer & Mathematical Sciences, took over the first-year courses. She has restructured them to encourage young women. Her strategy: tailoring the courses to students who didn’t have prior experience, who are most often women. Tafliovich also encourages teamwork, so women feel they’re part of a group and can support each other later on, through third and fourth years. When they graduate, she invites them back to speak to first-year students, hoping to start a mentorship program for women in the field.

“In final year, I give whatever encouragement I can. I ask students, ‘Are you considering graduate studies?’ Then I offer to help with applications,” she says.

Working around a personal life

“One of the things you have to do to be a successful academic is to be geographically flexible,” says Roberta Fulthorpe, a professor in the Department of Physical and Environmental Sciences. She should know. When she had just started her PhD, her supervisor moved to Ottawa, so she moved there too, although it meant leaving her partner for most of the year. And when she saw a job posting at the Center for Microbial Ecology (the centre of her scientific universe) she moved to Michigan. “But if you’re in a relationship or have kids, that’s hard to do,” she says.

"Men have a lot of help from women,” she says. “If they aren't having their babies, they are doing their laundry – sometimes they are actually working for their spouses, providing huge support with lab equipment, the experiments and interpreting their data.” It is help that females don’t generally get from male partners, she adds.

Focusing on girls in STEM

Lisa Jeffrey, a world leader in physics-linked mathematics, says she might not be here if things had been different. “Nobody discouraged me,” she says simply, and U of T Scarborough has been very supportive.

“Women are now in the majority in law school and medical school, but people need to be reminded that there are still issues around getting women to study STEM.” Somehow the conversation has turned to how the primary school system is failing boys rather than how it is failing to get girls into STEM fields, she says.

“We are not aiming for 50 per cent of mathematics faculty or graduate students to be women, but it would be nice if the figure were higher than 15 per cent.” That’s the current figure for both faculty and grad students in the Department of Computer & Mathematical Sciences, where Jeffrey teaches.

Role models — and a friendly face

Last year Nicole Latulippe taught a new course, Indigenous Environmental Knowledges. This year she joined the departments of Human Geography and Physical & Environmental Sciences as an assistant professor. During the interview, just having a woman chair on the selection committee made a difference. “I appreciated her clear and conscientious way of communicating and sorting through the details, both big and small,” she says. “It felt as though me and my contributions would be valued. I felt supported.”

The university is working to hire Indigenous faculty, “and, in my case, those with Indigenous ancestry, and experience doing community-based research,” says Latulippe. “They’re working to transform their policies at multiple levels — there is an equity position built right into senior university administration, so they’re responding with actual resources and policies around tenure.”

Institutions could have been doing these things for a long time, she says, “so I don’t want to sound like I’m celebrating, but I do realize that I am benefiting.”

Immigrating to Canada at age 16, Nirusha Thavarajah had only two years of high school before starting her undergraduate degree at U of T Scarborough. Thavarajah, who went on to earn a PhD and a law degree, is now a chemistry lecturer in the Department of Physical & Environmental Sciences. She says her professors at U of T Scarborough inspired her, especially Thomas Tidwell. “In terms of giving me support as a woman, he told me, ‘You can go far, you should go far and you have the potential to do so.’”

This had a significant impact on Thavarajah, and she wants to give that back to her students. “If they see that somebody actually cares and is there to share their experience, whether it’s something exciting or frustrating, it helps,” she says. “We dedicate a portion of the course to engagement and active learning. This helps to mitigate the fact that it’s still hard for women to go on.”

Reaching out to girls in Grade 9

If you inspire someone, they might go on to inspire someone else. That’s what happened when Sophie Chrysostomou, a professor in the Department of Computer & Mathematical Sciences, encouraged a student, Judy Shanks, to continue her studies.

Shanks went on to become a high school teacher and start a program, “Math in Motion ... Girls in Gear” (mimgig.com), with Chrysostomou on board from the start. That was 15 years ago. Now even Prime Minister Trudeau is on board via video, telling the girls they can do anything.

“The problem doesn’t lie at the university level,” says Chrysostomou. “We need to reach girls when they’re deciding what career path to take … We lose a lot of talent because girls in Grade 9 make their decisions based on the wrong reasons.” By Grade 12, she says, it’s already too late.

Marney Isaac, an associate professor in the Department of Physical & Environmental Sciences and the Centre for Critical Development Studies, thinks the university is doing a good job of supporting women. She points, for example, to this year’s special call for Canada Research Chair applications from underrepresented groups, such as women. Still, she adds, most of those will be Tier 2 Research Chairs. (In the more senior Tier 1 category, women are still underrepresented, at 21 per cent).

Isaac adds that there are structural issues to be dealt with. Researchers don’t get support for maintaining the daily operations of their labs while on maternity leave; and research funding from federal departments, which is often tied to yearly reporting, doesn’t take parental leave into consideration. “Everyone has a unique set of circumstances and I think that’s really the key to understanding women’s success in academia.”