Follow your heart. Don’t give up. Valuable advice from a pair of U of T alum 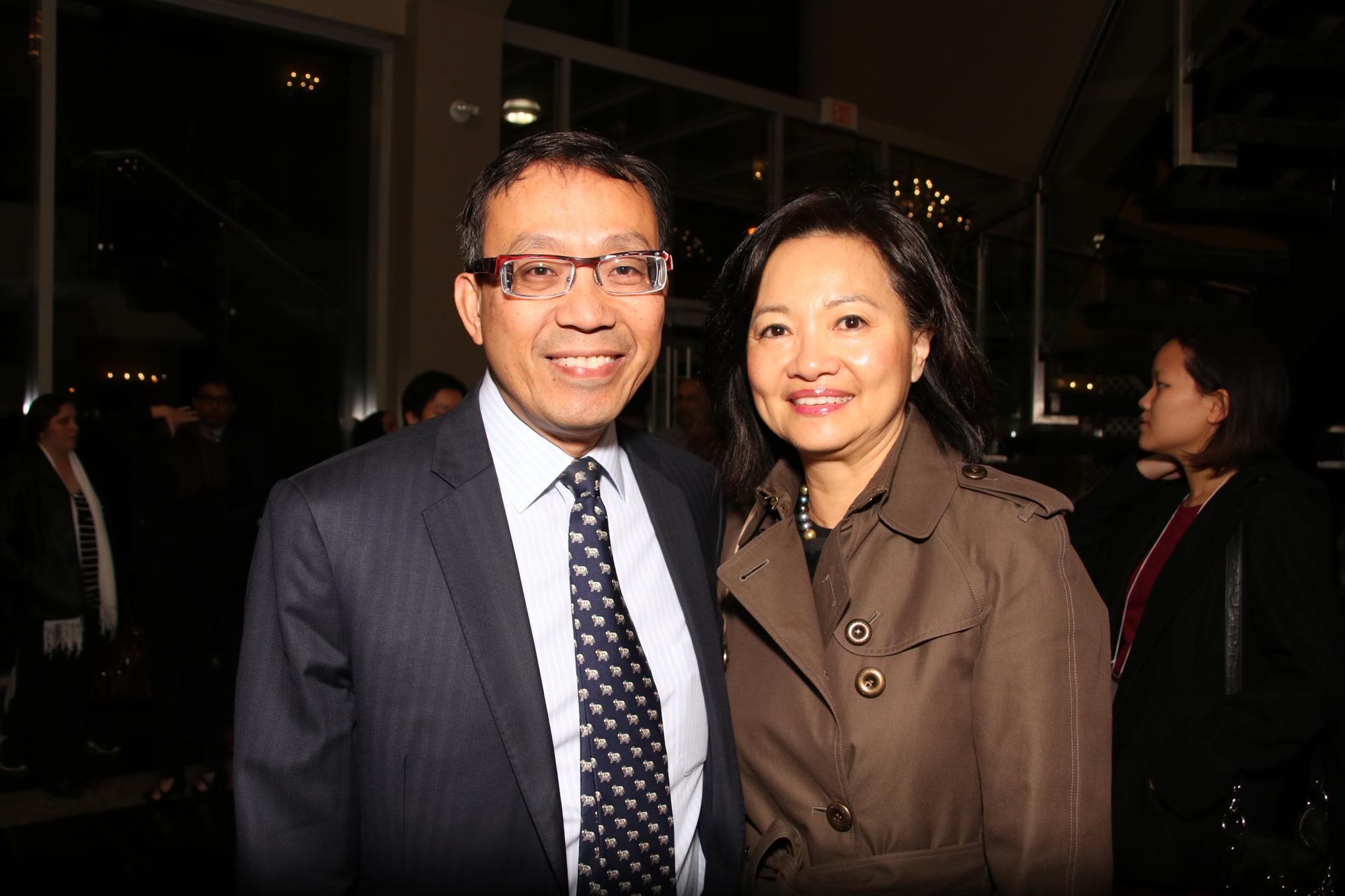 Bob and Kam met in a different country thousands of miles from here before emigrating to Canada. Now they are giving back by volunteering as mentors for U of T students (submitted photo)
Article Date
Tuesday, September 17, 2019

This is the story of two people who met each other in a country thousands of miles and an ocean away from here – who were brave enough to emigrate to Canada. They did it for love, for family and for opportunity. It’s a tale of resilience, and how to move forward, always.

When Bob (BA, 1986) met Kam (BA, 1984), they were just a couple of 16-year-old kids who happened to be living in the same neighbourhood in Hong Kong. For Bob it was love at first sight, but Kam wanted to focus on her studies. He persevered, and two years later, they were boyfriend and girlfriend. It was a short-lived bliss, though, as Kam and her family then emigrated to Canada.

Bob couldn’t just call Kam on the phone, as long-distance was a luxury he really couldn’t afford. “During the first six months of our separation, I wrote a letter to Kam every day,” says Bob. “It was during this time of separation that I realized Kam is the one – she brightened up my life.” Knowing that a long-distance relationship is difficult to keep up, the couple decided to get married so that Kam could apply for Bob to emigrate. He was in Toronto six months later.

Moving to a different country has its challenges. “When you are a new immigrant, you are not confident,” says Kam. “And even small things seem big.” The first obstacle? The language. “Although we were taught to read and write in English, we rarely spoke it at home,” says Kam, who explains one of the biggest problems is picking up the nuances. Take for instance, ordering a coffee. In Hong Kong, it was already prepared when you ordered one. “But here, people asked, ‘How do you take your coffee?’ I was so embarrassed I didn’t know what they were talking about,” she says.

Bob faced another challenge, as well: Kam’s parents had reservations about the marriage itself. Basically, her parents thought they were too young to get married, and Bob hadn’t really proved himself. “And rightfully so,” says Bob. “But their disapproval was a significant motivator for me to work hard and deliver my promise to Kam.”

In truth, they were both motivated to achieve their goals. They decided that a university education would be their ticket to a good future. They worked together and pooled their resources. Kam would go to university first full-time and Bob would work full-time. “As I had a lot of free time after work, I decided to enrol at UTSC as a part-time student, hoping to get my degree in five years, two years sooner than the original plan,” he says. And that is exactly what they did.

Kam and Bob had worked at a bank in Hong Kong, so they were both able to land work as tellers here. They were busy, “It was all work and no play!” says Kam. Still, they edged closer to their goals: Bob was promoted a few times at the bank and awarded two scholarships at U of T Scarborough, including one as a top part-time student. “These small achievements served as motivating milestones for me to continue my journey,” he says.

After earning his degree, Bob worked as a public accountant, a demanding job in which he often put in long hours. By then, they had a baby, Ashley, as well. As for Kam, she was pursuing her own career, managing their home and child, as well as caring for her aging parents at home. “I have to be honest, some days weren’t easy,” she says.

They started to grow apart. Kam was struggling. What saved her? “I was lucky,” she says. She was working her way up to VP at the TD Bank, where they really encouraged her to get involved in the community, and she was also looking to get a bit of a break from home and work. That’s how she became aware of Hong Fook Mental Health Association, where she learned skills, such as how to take care of herself and not to feel guilty about it. “These are not earth-shattering ideas but if nobody tells you and you are too busy in life shuffling, you lose sight of that,” she adds. It was a good opportunity, she adds, to change how she dealt with the situation in order to connect with each other again. “That is how we started a better relationship, because I learned to manage myself and my mental health first,” she says.

Fast forward a few decades, and this couple now has the time to do something they both want to do: to give back and help others. Ashley is a lovely and accomplished young woman now. Bob is retired as the partner of an international accounting firm, but still consulting for a handful of clients. It has given him time to spend with his family and to give of his time, acting as a mentor to students at UTSC. “I’m thinking of setting up a social enterprise that would help young adults to realize their potential,” he says.

Kam is totally retired now – and loving it. Remember Hong Fook Mental Health Association where she got help? She’s the chair of the Association now. “It helped me and it will help a lot of other people,” she says. “I appreciate the work that they do.” That’s not all. Kam plays badminton a few times a week, she visits with her 101-year-old mom, and she’s looking into continuing education at the university. She enjoys mentoring U of T students as well as graduates of the leadership program offered by CPAC (Chinese Professionals Association of Canada).

It’s important to Kam to live a balanced life. In fact, in recognition of her contribution to the community, she received the Queen Elizabeth II Diamond Jubilee Award. “I really enjoy coaching people and inspiring them to be the best that they can be,” she says. “I am looking into being a certified coach, and if I make it a business, I’ll use the opportunity and the resources to help the community.”

That’s one thing she really enjoys now, too, spending time with her daughter. The family is travelling together to Italy this summer, and recently Kam and Ashley went to an event at the Asian Canadian Women’s Alliance to recognize the contribution of Asian-Canadian women in the community. “Although the gender role has changed a lot in recent years, there are still things that women are not given credit for,” says Kam. She’s hoping the two of them can increase their participation together in the organization in the future.

“Bob and I are lucky to have each other,” says Kam. “We have been married for 38 years, and although we have had some struggles, he is the right partner for me – I’m proud that very early in life I made the right decision.”