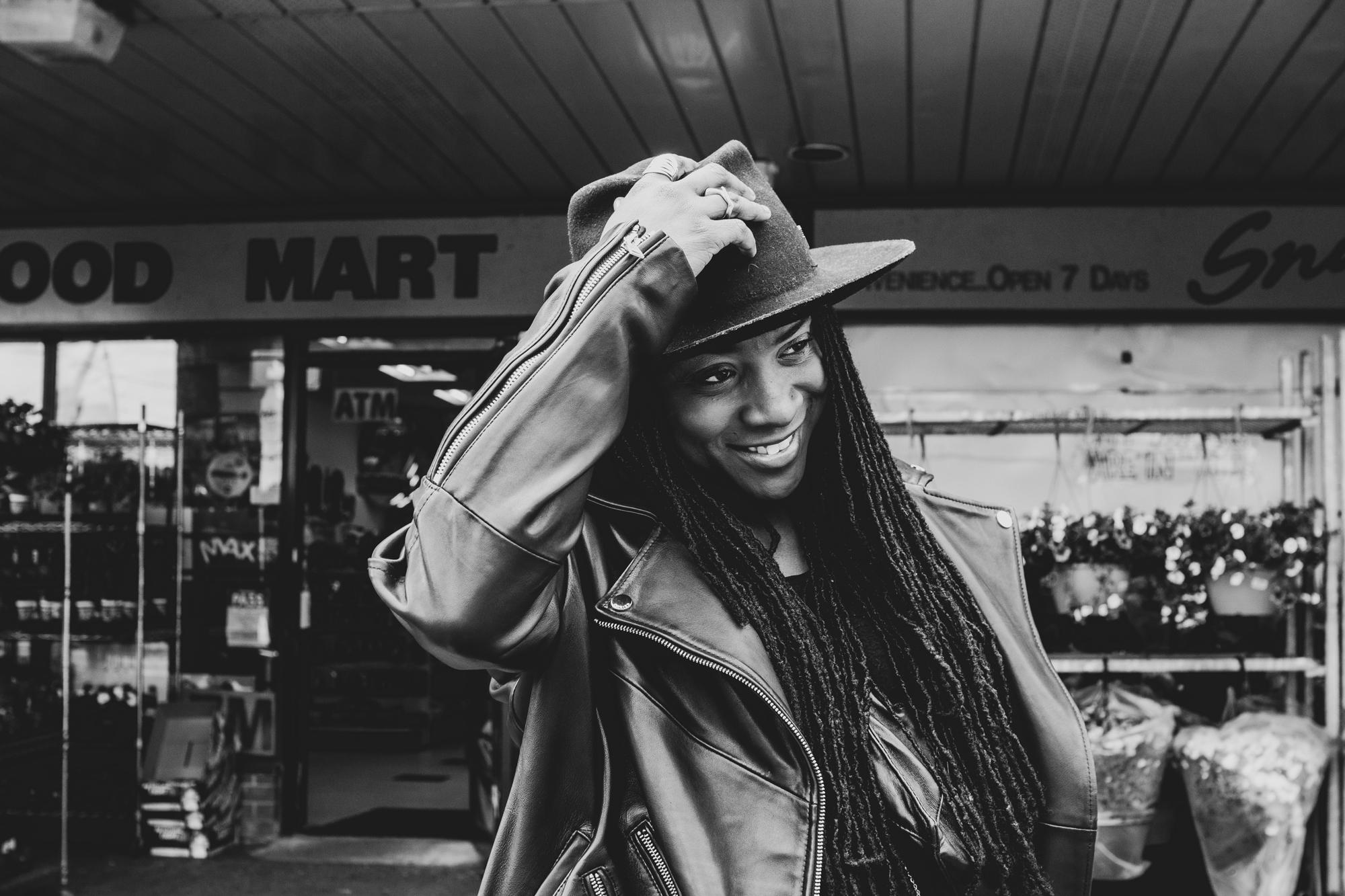 As Nuit Blanche returns to Scarborough, curator Ashley McKenzie-Barnes wants residents to see themselves in the exhibit. Her dedication to representation in the arts largely comes from her upbringing here.

“One thing that is reflected in my work is multiculturalism and what that looks like in different spaces and communities. I’m always keeping that present in my mind,” McKenzie-Barnes says. “It’s always at the forefront because I grew up in a space like that.”

Entitled The Queens and Kings of Scarborough, the exhibit will turn Scarborough’s city centre into a theatre, to navigate the idea of reclaiming power while redefining Western European art across three acts. Visitors will see Cineplex Coliseum Scarborough as The Amphitheatre, the inside of the Scarborough Town Centre as The People’s Court, and the Scarborough Civic Centre and Albert Campbell Square as The Royal Court.

Across several installations, the exhibit will feature work by international artists, artists from Indigenous communities and local creatives to transform the space. These artists include Duro the Third, Mark 'Kurupt' Stoddart and Maria Qamar (a.k.a. Hatecopy), whose work is a commentary on feminism and South-Asian culture.

“Scarborough tells that story (of reclaiming power) well, not just because of its creative history, but for the (creatives) who are in Scarborough and don’t want to leave Scarborough,” McKenzie-Barnes says.

While Scarborough has made its mark with creatives from the music industry (yes, The Weeknd, we’re looking at you), McKenzie-Barnes says Scarborough hasn’t necessarily received the recognition for high art.

The arrival of the contemporary all-night art show follows a recent spotlight on the borough’s creative innovation — but that creativity is nothing new.

Their two-part installation transmitted sound waves across two panels; one was located in the Campbell House Museum and another at the Scarborough Civic Centre. Sound was made with the movement of one’s body.

The piece was a comment on Scarborough’s metaphorical (and literal) distant relationship with downtown Toronto. In part, the piece was a way of connecting the two, the artists said in a previous interview with UTSC News.

Local artist Mark “Kurupt” Stoddart says that Nuit Blanche’s arrival to Scarborough has simply highlighted what has always been here for the rest of the city to notice.

The digital graphic artist, who blends his passion for music, sports and social activism, moved to Scarborough from England when he was a child. When it comes to his artistry, he says Scarborough developed him.

“I think Scarborough shaped me because of the sense of community. You get a better appreciation of each person who lives in the community and I thought, ‘What can I do to leave my imprint here in Scarborough?’”

Stoddart uses news clippings from a local newspaper, the Scarborough Mirror, to illustrate the stories and people that have made news in Scarborough, dating back to the early 2000s, with headlines from the paper paired with photos.

Citing the Scarborough Town Centre as “the heartbeat of what Scarborough is all about,” he says the strength of Scarborough’s art is its diversity.

“As much as we live in the city of Toronto, I think in Scarborough, there are so many bodies of community in one space. That’s inspirational because there is so much you can learn from different people. I think it’s the megaphone for creativity.”

He credits RISE Edutainment (Reaching Intelligent Souls Everywhere) as an incubator for nurturing the arts. The platform was founded by arts educator Randell Adjei, and encourages youth and young artists to express themselves through building community in Scarborough.

“You see people in different parts of Toronto come to a safe space to show their artistic forms, through dance and poetry,” Stoddart says of RISE. “I think that’s amazing.”

McKenzie-Barnes, who no longer lives in the area, says supporting other artists who “have moved out” of Scarborough acts as validation that, “we might have moved out, but we also know that there's a strong creative community that's come out of (Scarborough).”

For Stoddart, the impact of Nuit Blanche, as well as local arts programs like RISE, is removing the stigma of Scarborough as a violent part of the city and fostering the realization that creativity thrives here. Especially when it comes to younger generations.

Meanwhile, McKenzie-Barnes wants residents, including first and second-generation families, Indigenous communities and people of colour to see themselves in a space and artform that hasn’t always recognized them.

“If you’re a person of colour and you've seen that large-scale installation (and said), ‘I wasn't expecting to have resonated so much with this piece' or, 'This is not what I thought contemporary art could look like for me,’ that's really the biggest piece that I want people to walk away with.”