Spotlight: Gratitude and Giving Back 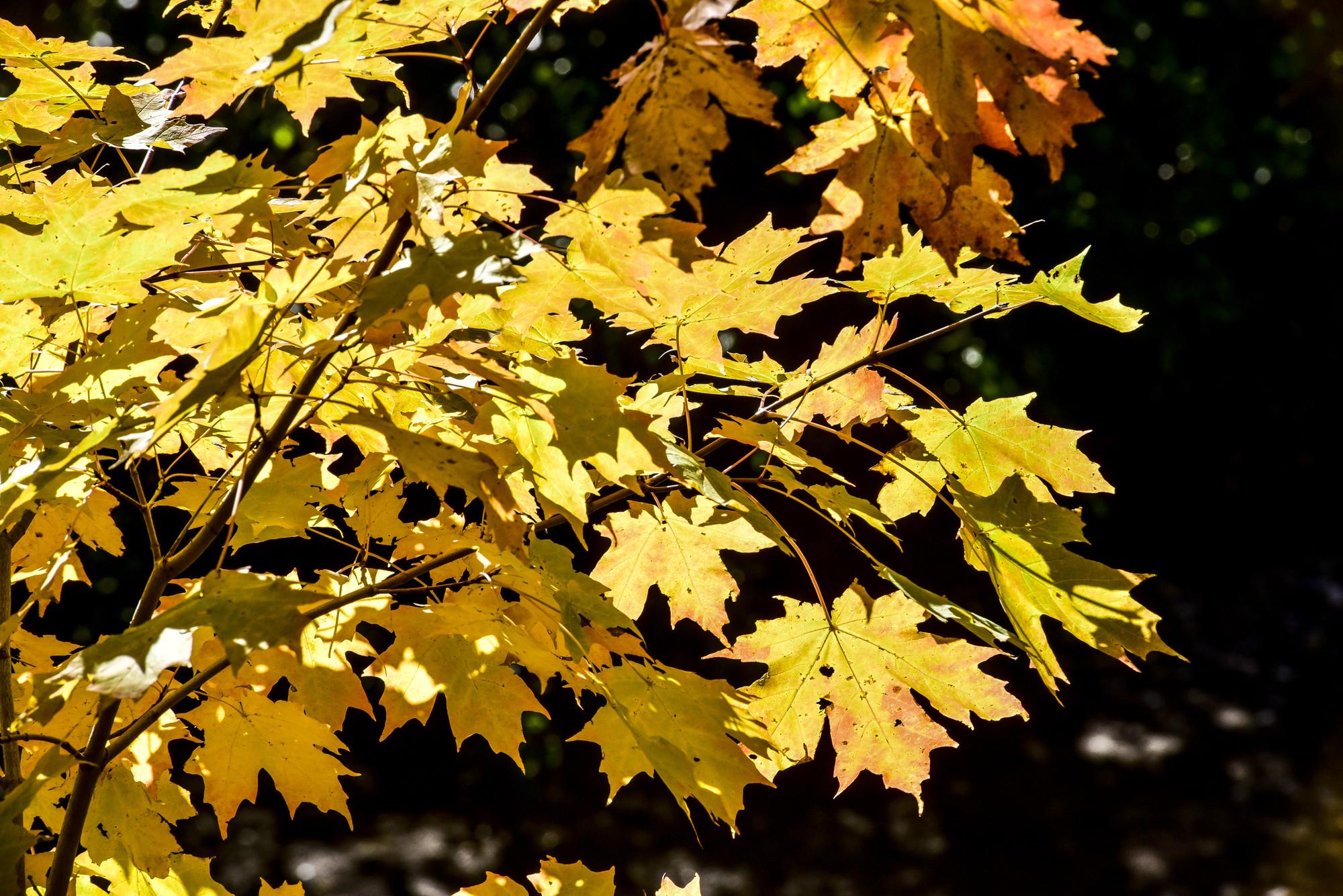 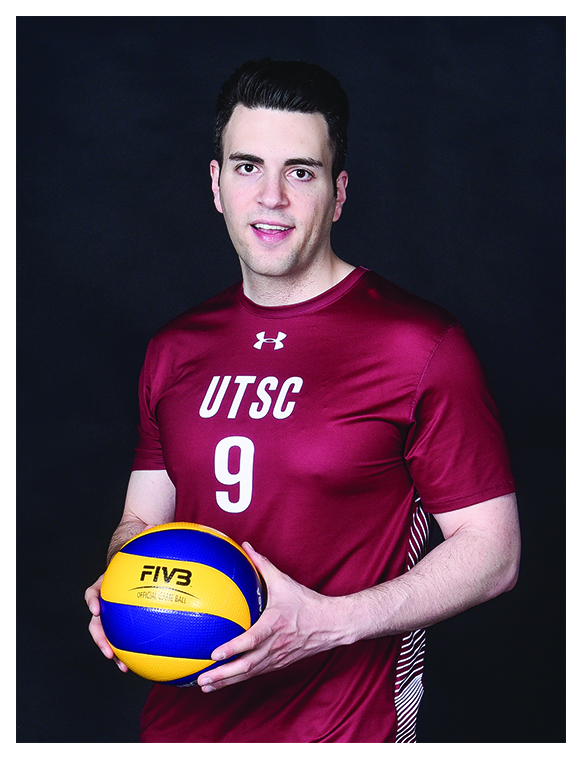 How does a hometown boy with a BA from U of T Scarborough end up in Tennessee as marketing manager for the Memphis Grizzlies basketball team? George Fadel handles the marketing, helps out with branding initiatives, and was involved with launching Memphis Hustle, the Grizzlies G League team and Grizz Gaming for their eSports NBA 2K League team, but he has no complaints.

“I work in a fast-paced environment, but it’s all about time management,” he says. “I’ve worked with athletes all over the world and, if anything, my degree helped me broaden my perspective, and gives me a better understanding of global events.”

Fadel, who graduated in 2016 with a specialist degree in political science, handles all the marketing for the Grizzlies, and helps out with branding initiatives and the launching of expansion teams for the franchise. “I work in a fast-paced environment,” he says. “It’s all about time management.”

Fadel has never been the type to take a seat on the bench. After graduating from high school, he coached his high school’s volleyball team for eight years. At U of T Scarborough, he was president of the Athletics Association, held positions on other committees, then went on to serve on alumni committees. “I never wanted to just go to class. I wanted to make the most of my time.”

He grew up playing competitive volleyball and soccer, and one of his first jobs after university was managing communications for the Canadian Freestyle Ski Association, handling public relations for the association’s Olympic and national team athletes. Perhaps that’s why the Toronto Pan Am Sports Centre is so important to him. “Basically, a few of us got the ball rolling for that venture during the early stages, and the university got this building and hosted the Pan Am Games – it’s an awesome legacy for the university.”

One thing Fadel gets is that learning isn’t over after your first degree. This past May, he graduated from Columbia University’s Master of Science Sports Management program and received the 2018 Dean’s Excellence Award. The highest honour bestowed by Columbia, it’s given to one student each year. “It was a very awesome moment,” he says. “I didn’t tell my family. I wanted them to be surprised. My parents and my sister were in tears.”

Above all, Fadel has always been the type to give back. “I immigrated to Toronto from Cairo as a child,” he says. “I grew up here, I’m a child of Scarborough.” He continues to give back as much as he can, because “I appreciate what the university has done for me, so I want to make sure I’m helping the school do everything it can to make it a better place for students.”

For Fadel himself, there may be more school in the future. “I might go back part time and get my MBA, or maybe even pursue a PhD,” he says. “With the right work ethic, you can evolve to become the best version of yourself — the sky’s the limit in Canada and the States.” 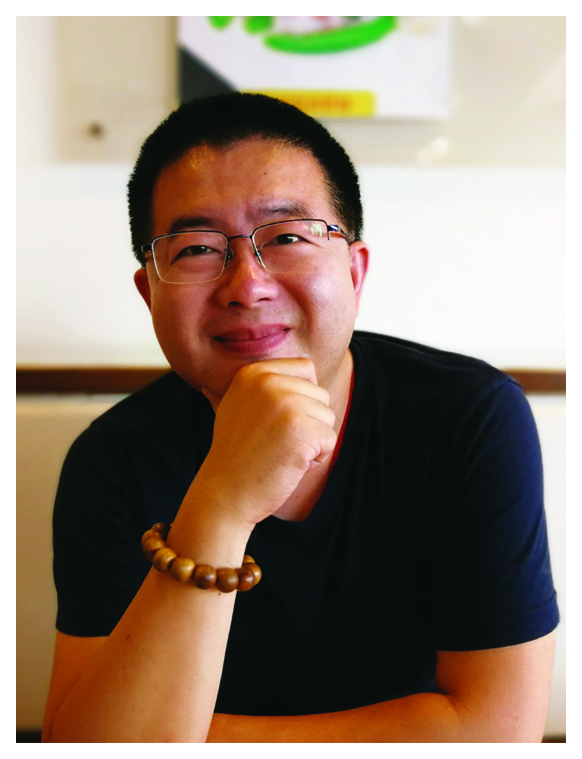 Go wherever your curiosity takes you. That’s how Ermo Ou (BCom, 2002) lives his life. After five years at an investment firm in Toronto, he moved to Shanghai to work at a venture capital firm. “Then I wondered what it would be like to retire at the age of 33,” he says.

And so, temporarily, he did.

“I wasn’t spending my time wisely,” he explains, looking back. “I was working all the time.” He had gone to speak to a famous Buddhist, who is never available before noon because he chooses to wake naturally, “it truly inspired me to re-evaluate life’s most basic choices, and I instantly chose to drop the alarm clock.” He backpacked through Asia for a year and a half, exploring his long list of interests, from collecting cognac to calligraphy to blockchain technology.

When an opportunity came up at an equity firm based in Chongqing, Ou decided to take it. “The city is a bit like the Wild West, and now I work and live between Shanghai and Chongqing,” he says. “It’s nice to get something different every day.” Still, he adds, “I’d like to move back to Toronto eventually — and enjoy the fresh air!” 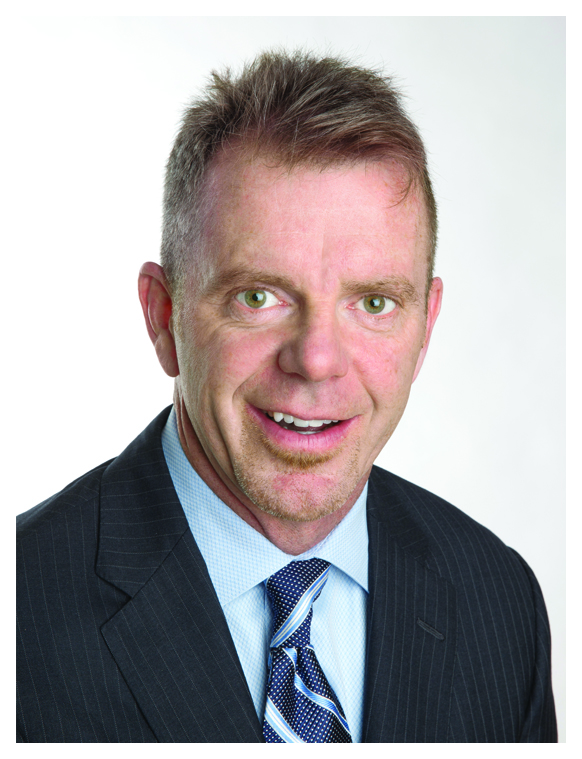 Sometimes the worst thing that happens is really the best thing. When Sean Smith (BA, 1986) didn’t get into a journalism program, he studied history and political science instead. He ended up working at Southam as a proofreader. “The first day, I was thinking ‘What have I done?’” Working quietly in a cubicle was not for him. He had some friends in sales, and that looked better. He decided to go for it. “I’m an extrovert — I fell in love with sales.”

Smith is now CEO of Pethealth (a Fairfax company providing animal management software, RFID microchip identification and pet health insurance). He works with Prem Watsa, the founder of Fairfax, whom he describes as “a Canadian legend.”

Smith looks back on his ‘job interview’ with Watsa: “We had coffee together, he asked some questions, and by the time we finished our coffee he said, ‘I think you’re going to be a great fit.’” He laughs. “We didn’t even sign a contract, we just shook hands.”

As for the future, “I’m with Fairfax,” he says. “The culture here is unlike any other. We do great things for shareholders, our customers and the community.” 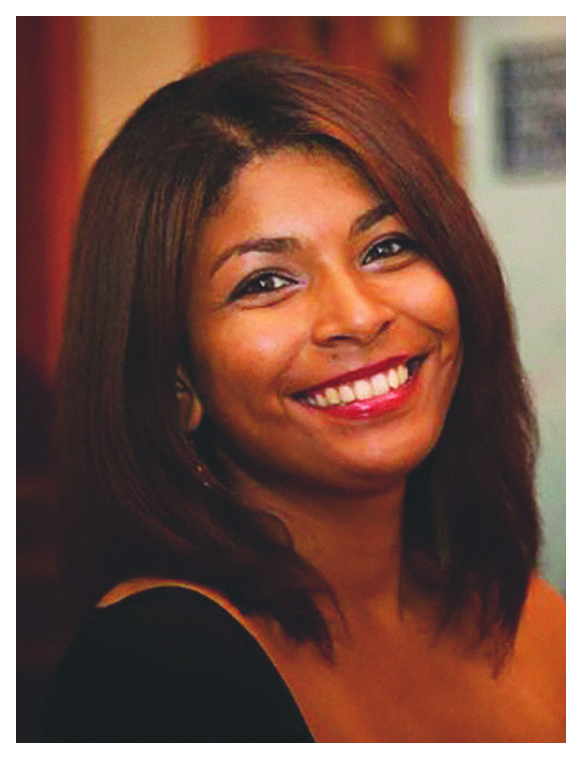 Who knows where a degree will lead? For Aurora Herrera (BA, 2015), it carved a path to another one. Herrara, whose BA is in journalism, is currently in England, working on her PhD in journalism at City, University of London. “I’m the first person in Trinidad — and possibly the Caribbean! — to study for this PhD, which I’ll be completing in 2020.”

Herrera started working in journalism when she was only 14, writing a column on youth issues for the Trinidad Guardian. While studying at U of T Scarborough, she had the opportunity to spend time at the CBC. After returning to Trinidad, she hosted a TV show and also freelanced, including blogging for the Trinidad and Tobago Film Festival, as well as producing award-winning films and ads.

All in all, she says, “The nurturing and challenging environment at the university is one that I feel privileged to have experienced.” 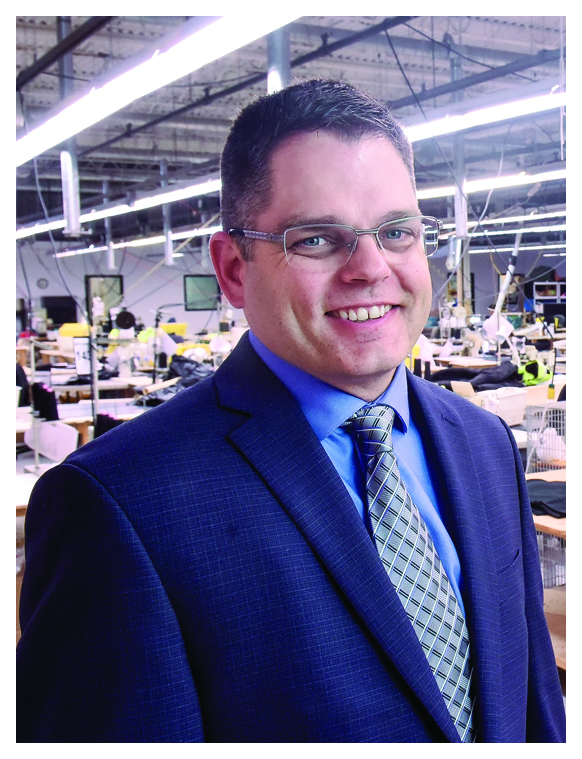 Marc Langlois (BCom, 1995) comes from a family of entrepreneurs. “It’s in the blood,” he says. “I’ve always wanted my own business.”

It didn’t happen right away, though. After graduating, he became a chartered accountant and worked for an accounting firm. Then, about two and a half years ago, one of his clients, International Custom Products, was having a succession issue — and Langlois ended up buying the business. “I realized I had to take a risk,” he says. “It’s the challenge that gets me out of bed every day.”

Langlois credits U of T Scarborough for getting him started in the right field. In his final year, he filled out applications at a job fair and landed a position at Price Waterhouse. He considers himself lucky. “I wouldn’t have been able to get started without that help.”

Now he’s the one doing the hiring. “Whenever possible,” he notes, “I try to hire students right out of school, and to participate in the co-op program. It’s a way to give back.” His advice for new graduates? “Never stop learning. Network,” he says, “and put down the phone: arrange a face-to-face interview. People will remember you.” 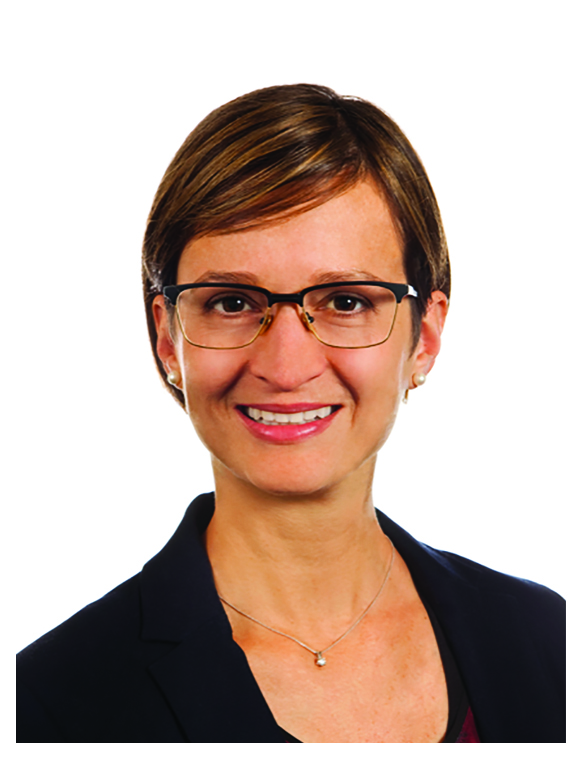 Natasha Sidaris (BCom, 1999), began her studies at U of T in the Physical Sciences program. After attending a career fair and learning about the university’s Management Co-op program, she decided to modify her program of choice after first year.

Sidaris spent all three co-op work terms at a mid-size public accounting firm in Toronto and it was through this experience, coupled with her studies in business, that she decided to pursue a professional accounting designation after graduation. After U of T, Sidaris articled with KPMG in Toronto and obtained her CA designation. She then moved to Bermuda where she worked in the hedge fund industry for three years. She returned to Canada in 2005 and currently resides in Halifax.

Most recently, Sidaris has been working independently as a part-time CFO for hire primarily helping early-stage companies in the health technology space with all things financial.  She credits the university with her success. “I don’t know where I’d be today had I not participated in the co-op program at U of T – it’s a brilliant program because it gives you an opportunity to test the waters before finishing your degree and deciding on your career path,” she says. 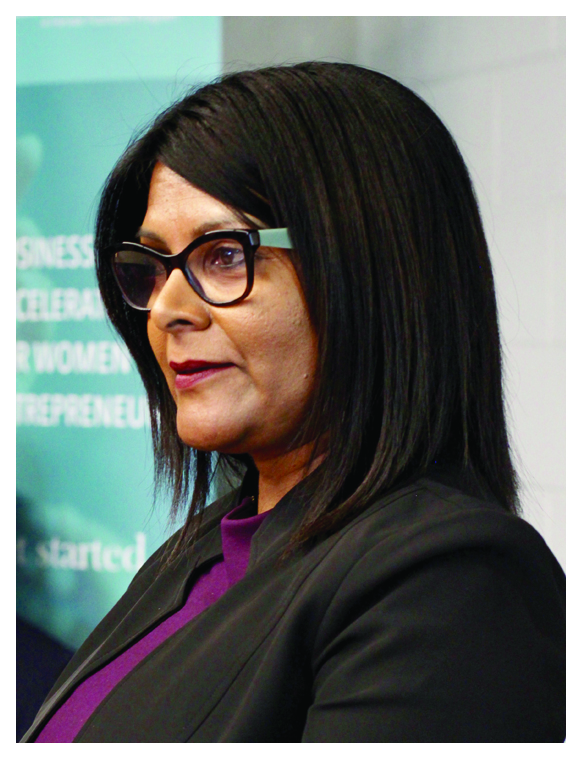 It all started with volunteering. Pramilla Ramdahani (BA, 1992) and her daughter were involved in a fundraising project. Ramdahani raised $15,000, which went to an Indigenous organization.

“The executive director was quite impressed,” she says. “So he hired me to help with fundraising.”

She brought together donors, the City of Toronto and educational institutions to develop a model to help homeless youth. It provided them with skills training, jobs and permanent housing.

“That’s when I realized I had a calling for fundraising,” says Ramdahani, whose degree from U of T Scarborough is in sociology.

Later, she started bringing community leaders together with unemployed youth in Durham region, to identify issues and discuss how to address them. That was six years ago — the beginnings of the Community Innovation Lab. Ramdahani founded the lab to help people with entrepreneurial ideas, provide work experience placements, and, at the same time, transform communities with creative projects.

“In the beginning, we were meeting at Tim Hortons,” she says. “Now we have our own incubation space with 6,000 square feet, and signature programs for youth, women, entrepreneurs and seniors.”

Her motto? “It’s OK to fail. Failure drives innovation and we can learn from it, as well.”