We are our own biggest heroes 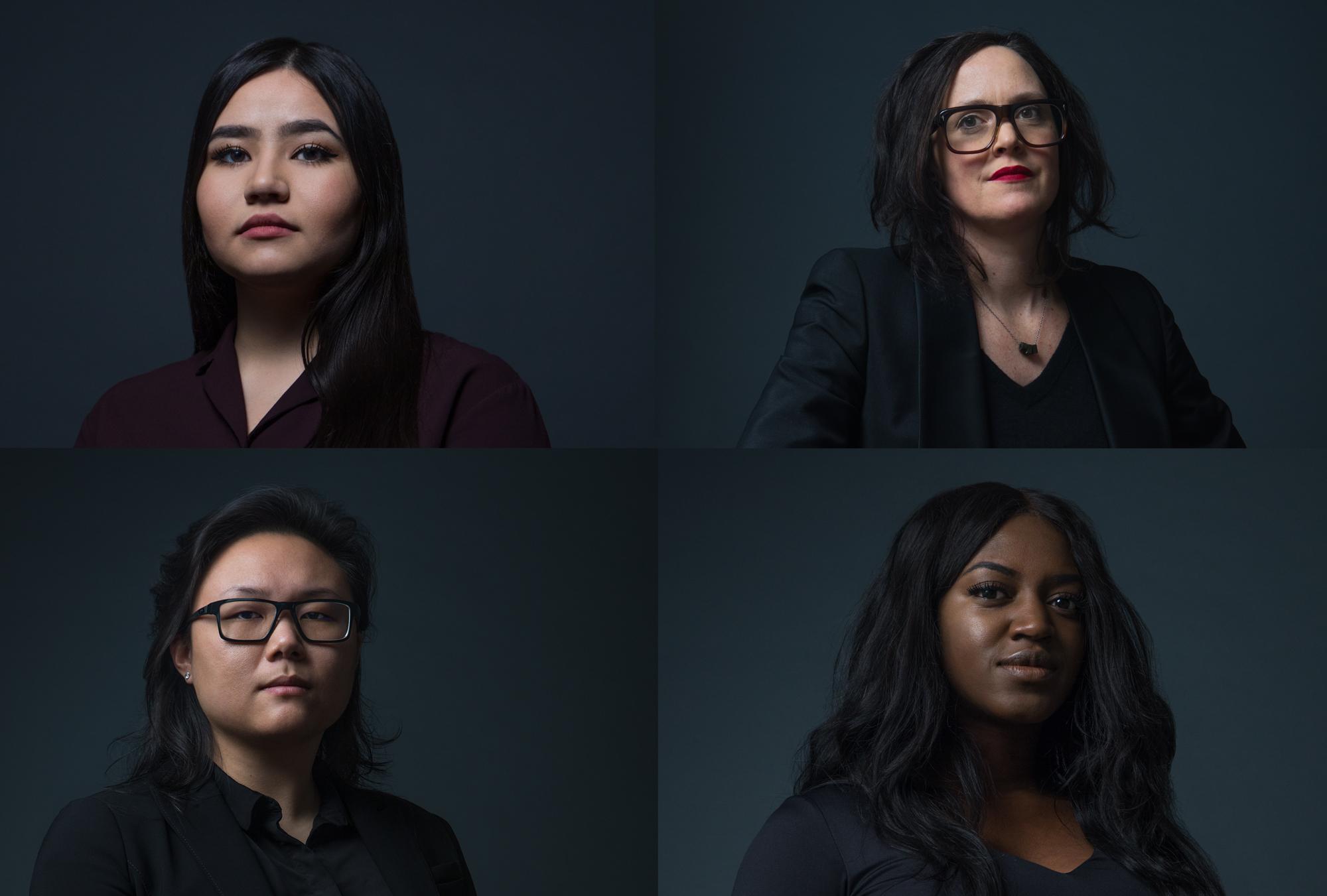 Two of our recent journalism graduates went looking for inspirational women on campus. They didn’t take long to find them. (Photos by Samuel Engelking)
Article Date
Tuesday, May 7, 2019

Not all articles are easy to write, but this one was.

There’s a lot of talk about progress, but journalism is still predominantly a man’s world. As women writers, we have often felt acutely aware of our gender in the field. So when we were assigned this article, we already had a long list of people we wanted to feature — women we had written about or encountered at U of T Scarborough and whose stories had stayed with us. The toughest part was selecting just a few.

Here are the stories of four women who have inspired us. We have focused on how and why they became the women they are. We hope they inspire you too. 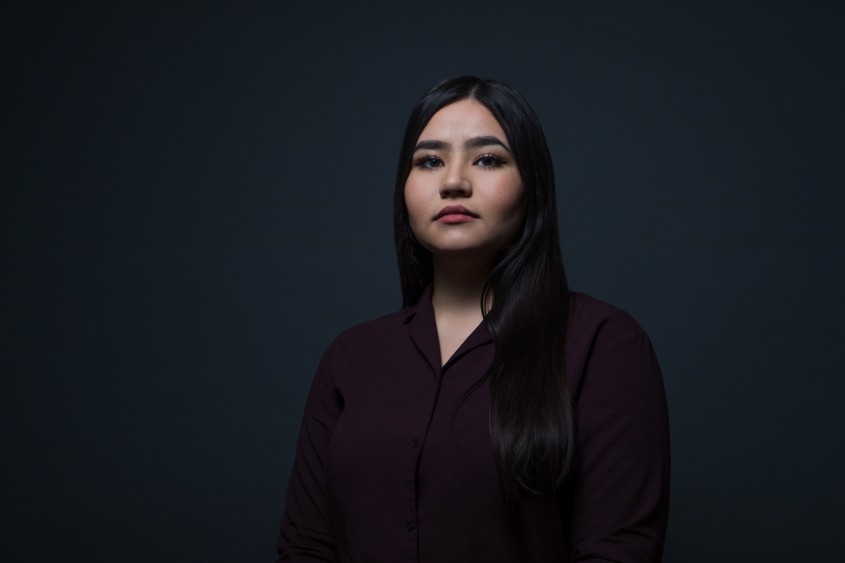 Alum Yasmin Rajabi began our interview by asking a question: “For this story, do you have folks with experiences that I don’t represent?”

She said she didn’t want to take up a feature if there wasn’t demographic diversity. “But if there is, that’s perfect.”

This approach encapsulates Rajabi’s work as an advocate and community organizer. She has focused on advocating for opportunities for equal representation in public policy and government, particularly for women of colour.

Where those opportunities don’t exist, Rajabi has worked to create them.

“As women, we have so much creativity and power and joy within ourselves,” she says. “I think we need to realize that nobody is going to come and save us. We are our own biggest heroes.”

As a student, Rajabi started the campus’s first food bank and founded the Young Women’s Leadership Network (YWLN), a non-profit that supports women ages 14 and up in building leadership skills. In her current job as a projects officer with the Brookfield Institute for Innovation + Entrepreneurship, she connects communities with governments to develop public policy solutions.

Rajabi came to Canada as a refugee at age eight; she and her family had fled ethnic and religious persecution in Afghanistan. She says her passion for equality stems from her experiences with oppression.

“I think this shaped my understanding of the world and equality, and how I address justice in making sure that everyone has equal opportunity. It made me realize that inaction only benefits the oppressor, no one else.”

When Rajabi was 13, she joined the YWCA, which supports women and girls through community programs. She was paired with a mentor, who was also a woman of colour, and this made a difference by making her feel supported.

“It was a combination of feeling respected and nurtured and providing a space where I was comfortable enough to be able to delve into topics and issues.”

Through the YWLN, where she is now a board member, Rajabi has worked to challenge the tendency for “women’s issues” to be seen as the issues of the supposedly “average” woman, i.e., white and from a privileged background. She has worked to create a space where women of all demographics are heard and understood. Also, in teaching leadership skills, she has challenged the ways leadership is defined by traditionally masculine qualities.

“Leadership doesn’t have to mean being the loudest voice in the room,” she says. “It can mean bringing people together or being able to facilitate a conversation.” 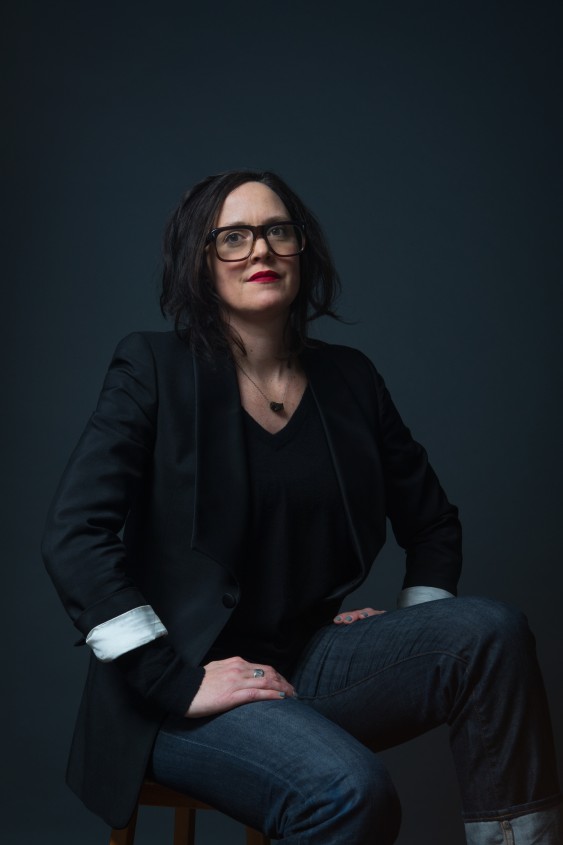 Even as a child, T.L. Cowan knew that people were given advantages based on gender — and that girls were rarely seen as the ones “whose lives were destined to become most interesting.”

Cowan grew up in Bala, a small town in rural Ontario. She was the oldest of nine kids in a devoutly Catholic family, the kind of Catholic family she says “you would imagine from the 15th century.”

From a young age, Cowan also knew she identified as queer.

“It was seeing the absence of feminism that made me crave it, and so I sought it out as soon as I could,” she says. “I wanted to be as removed as possible from those traditional heterosexual roles and ways of doing things.”

Cowan, now an assistant professor of media studies at U of T Scarborough, initially wanted to be a politician. She studied at Carleton University to be close to Parliament Hill. She was heavily involved in student government, but struggled to keep her grades up. She found it was always her feminist teachers who had her back.

“In that context,” she says, “I really became aware of my own queerness and my need to get far away from the area of the world that I grew up in.”

When Cowan decided to pursue a PhD, she and her partner at the time planned to move to the U.S. But it was 2002. Gay marriage wasn’t legal or recognized there, and gay couples couldn’t apply for a spousal visa attached to a student visa.

She ended up going to the only Canadian school she applied to, the University of Alberta, and completed her PhD on spoken word performance. She was awarded the Governor General’s Gold Medal for the highest academic standing of any doctoral graduate at the university.

Cowan then embarked on what she calls a “wonderful and weird career” as a researcher, writer, scholar, artist and professor.

At U of T Scarborough, she works to make her classes the kind of environment that would have helped her when she was growing up.

"I always hope that my classes give students the opportunity to exceed their own expectations,” she says. “I’ve certainly exceeded my own expectations in my life, or what was expected of me.” 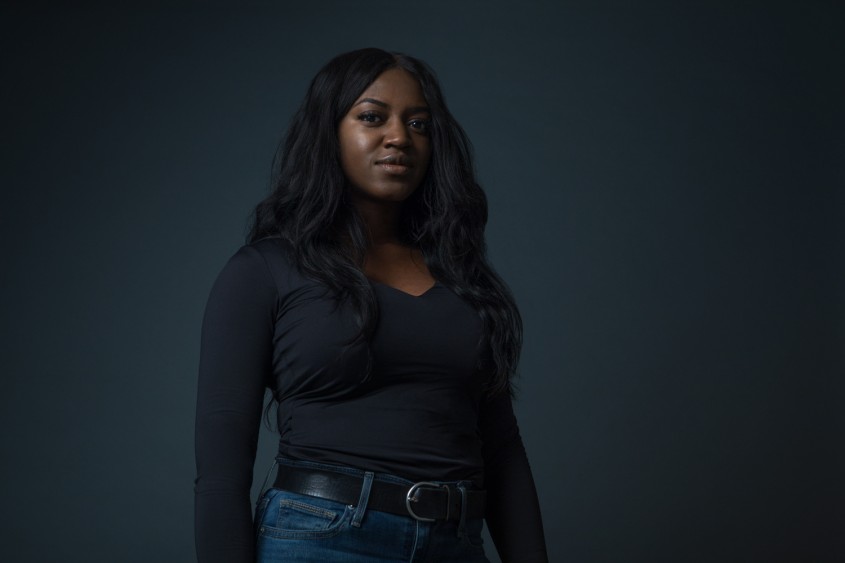 If alum Téa Mutonji could describe her experience as a woman in one word, it would be “curating.”

“My experience as a woman has literally been curating, because it comes from so many people and it comes from gathering all of that and turning it into an individuality.”

For much of her life, Mutonji has held jobs where she is surrounded by women, especially in the kitchen (she joined the service industry at 14). She learned a lot about the world around her by listening to women talk.

Mutonji releases her first book, Shut Up You’re Pretty, this spring. A short story collection, it brings together bits and pieces from conversations and Mutonji’s own experience. She delves into sexual assault, substance abuse, mental health and mother-daughter relationships.

It will be the first title published by VS. Books, an imprint of Arsenal Pulp Press that was founded in 2017 by Vivek Shraya, a Toronto-based musician and writer. Mutonji responded to Shraya’s nationwide call for writers of colour aged 18 to 28.

Her book is about “finding your space as a woman” — and also about changing the script and the perspective.

She says many experiences are usually portrayed from a white perspective. “And we forget that it can also happen to a person of colour. The immigrant story doesn’t have to be the only story we hear from people of colour.”

Mutonji’s writing career is taking off at a time when women’s voices are being amplified. The #MeToo movement has opened a space for narratives, she says, as “women are fighting back in the media.”

She says her experiences as a woman give her the confidence to write. At the same time, being a woman in a time of political activism is revealing. Writing gives her control (quite literally) of the narrative through which she can share her own experiences.

Her advice to young female writers:

“You’re the boss. You make the call. I learned that from Vivek, standing my ground and being my own woman and taking ownership of my art,” she says. “At any point in your life, you make the call.” 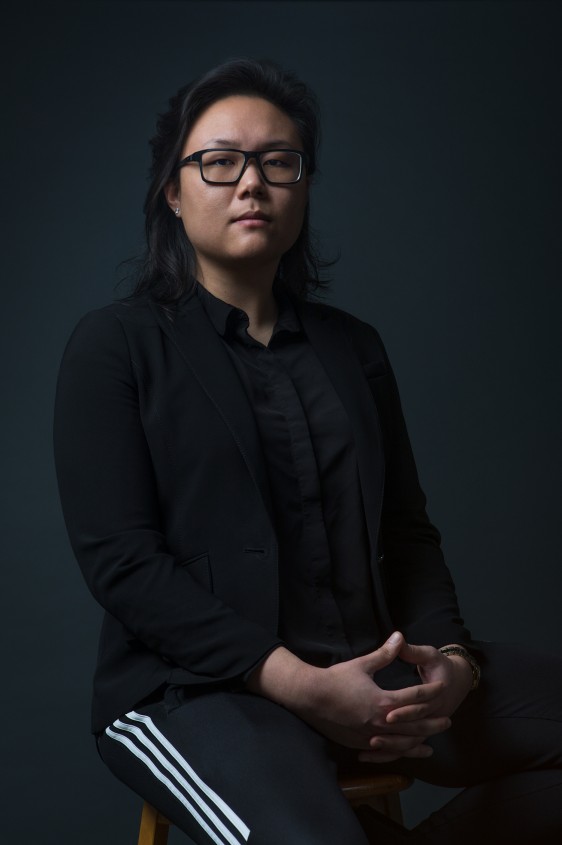 What’s it like to be a woman in STEM and business?

If anything, it’s an advantage, says Luna Yu. The U of T Scarborough alum is the founder and CEO of Genecis, a start-up company that turns food waste into high-quality biodegradable plastic.

“I’ve always grown up in an environment where women and men were equal,” Yu says. “If an opportunity is on the table, it’s about whether you want to take it or not and taking the extra steps to fight for what you think may be yours.”

Yu decided in high school that she didn’t want to work in an office. After what she describes as a boring take-your-kid-to-work day at a government office, her mind was made up.

She was always fascinated by science, but after arriving on campus she developed a similar love for entrepreneurship. From then on, she “just wanted to learn how to talk about and do business.”

Though only in her 20s, Yu has co-founded two start-ups that blend her passions for environmental science and entrepreneurialism.

As a student, she first stepped into the business world by developing a start-up software company. She then started a company that turned restaurant food waste into biogas. After that, she began looking for other effective and environmentally friendly solutions to the massive amount of food waste that is produced around the world.

“I just thought there was a huge amount of potential to be brought up from organic waste –– there was such an abundance and people were paying to get rid of it.”

She says building Genecis from the ground up has been a huge learning experience. Now about two years old, the company’s team of award-winning scientists and engineers got their start at The Hub, U of T Scarborough’s entrepreneurial incubator.

“Everything was super new and I was used to research reports,” Yu says. “Business is about real-life trial and error and using different strategies and techniques.”

Diving into the entrepreneurial world at such a young age has been rewarding, and Yu is grateful for the support along the way — much of it from programs geared specifically to women.

One significant boost came from Fierce Founders Bootcamp, which offers 25 female entrepreneurs who run a tech-based company mentorship from established businesswomen. Most recently, Genecis found itself among the six finalists in the Women in Cleantech Challenge, a nationwide competition for funding and mentorship.

“If anything, I want to see more female entrepreneurs being more confident and just going for what they really want,” Yu says. “As long as you have that drive, you’re going to find people who are willing to support you.”