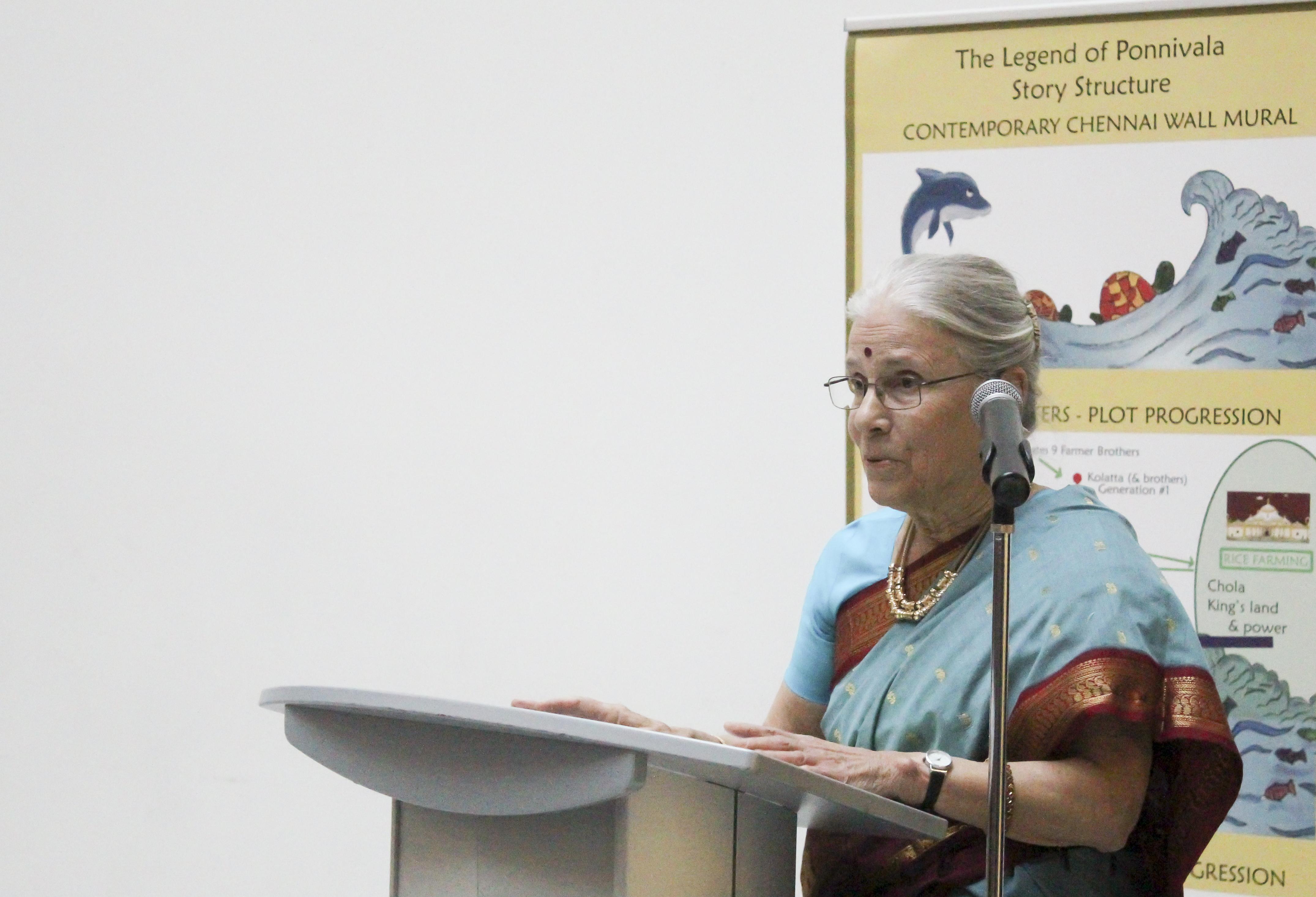 U of T Scarborough Tamil Studies has received a gift from Brenda Beck (pictured), a specialist in Tamil folklore and  the Indian state Tamil Nadu. (Photo by Regan Tigno)
Article Date
Thursday, April 5, 2018

U of T Faculty member Brenda Beck has spent a lifetime studying South Asia, specializing in the culture of the Tamils and the Indian state Tamil Nadu.  She has dedicated much of her work to deepening a worldwide appreciation of Tamil folk literature.

Much of her work has also focused on sharing her research insights with those living in the Tamil diaspora, of which Scarborough has one of the largest populations outside of South Asia. She also serves as president of the Sophia Hilton Foundation of Canada, a charitable foundation that promotes the use of storytelling at all educational levels.

Now thanks to a substantial gift from Beck, Tamil Studies at U of T Scarborough will continue to grow. The $327,000 gift will support programming and the digitization of records.

“This donation expresses my desire to give back something substantial and useful to the Tamil people for their wonderful hospitality and support while I was doing my doctoral research between 1964 and 1966,” says Brenda Beck, who is an adjunct anthropology professor at U of T.

Beck’s vast research provided a foundation for her major work, Peasant Society in Kongu – an ethnographic contribution to South Asian studies that was recently translated into Tamil – and the Legend of Ponnivala – a Tamil folk epic, that she has worked on for 50 years.

But she also has assembled a much larger archive of Tamil folk materials.  In all she collected over 20,000 pages of folk stories and folk traditions while doing her fieldwork in Olapalayam, a Tamil Nadu village, between 1964 and 1966. “That research became a fountain of wonderful insights and information about Tamil culture,” she says.

Beck, who previously made a $10,000 donation to Tamil Studies in 2016, is passionate about seeing U of T Scarborough become a hub for Tamil Folklore research.

Folk traditions are important because they are the source much of Tamil high culture is built on, she says. And although there are many examples of early Tamil literature, and also of literature from the medieval period, there has been little research on oral story traditions that exist in the background and which can greatly enrich our understating of Tamil culture overall. “We know very little about the ordinary people described by these oral folk traditions,” she says.

Two funds – the Brenda Beck Tamil Programming Fund and the Brenda Beck Tamil Digital Fund – have been created to invest and distribute funds to programming and the digitization of archives. Beck hopes that with the work of U of T Scholars and input of the Scarborough Tamil community, further great strides in Tamil research are made.

“I hope this donation will form a seed that will sprout, expand and strengthen as we give it energy, vision and excitement through seminars, events and special lectures that feature Tamil folklore,” she says.