Clinical Psychology PhDs making an impact in their placements 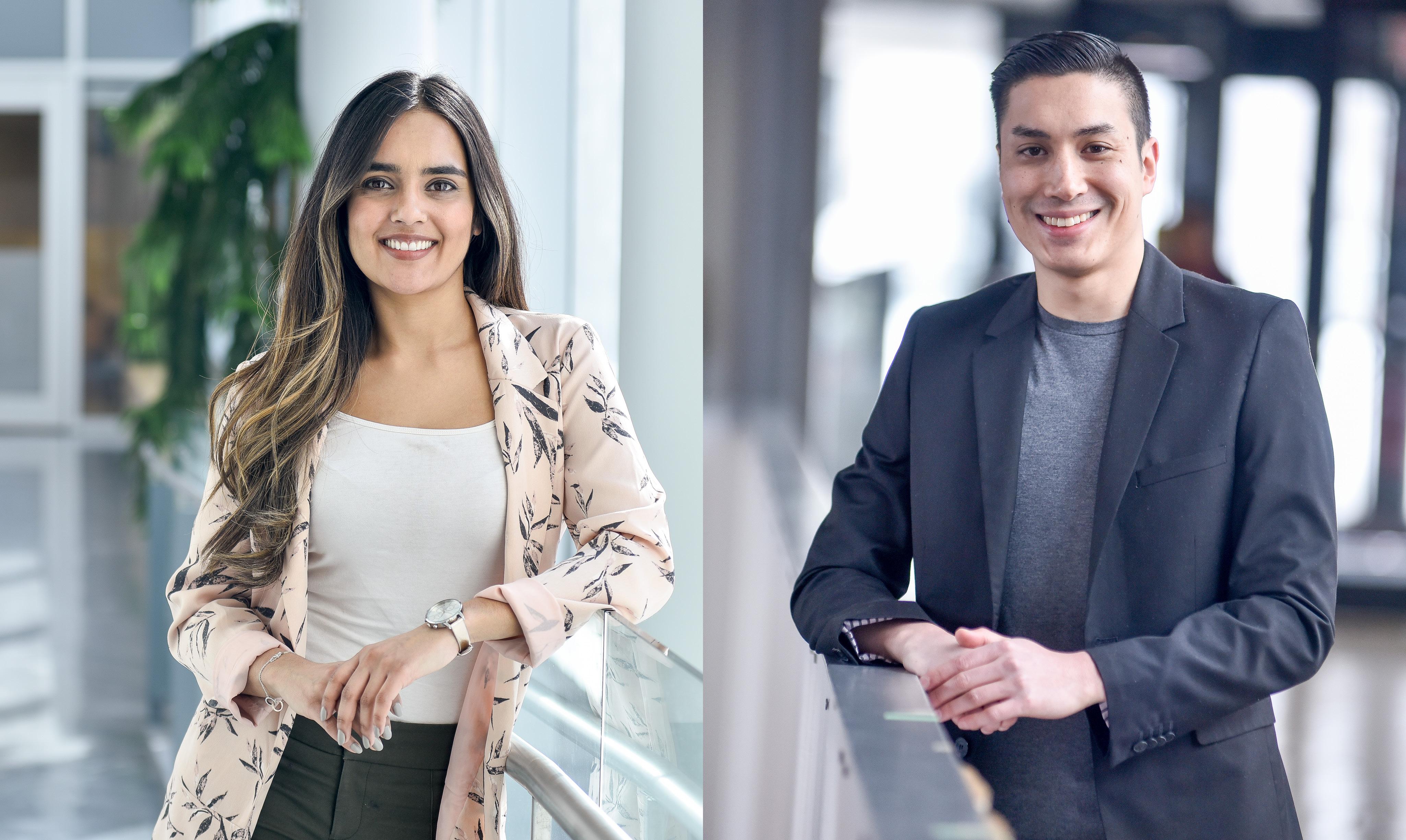 Three PhD students in U of T Scarborough’s innovative Clinical Psychology program have on-site placements that take them to the outer edges of human experience.

Kyrsten Grimes deals face-to-face with people involved in serious crimes whose mental health issues are so severe they are unable to distinguish right from wrong and have been declared Not Criminally Responsible. Sonya Dhillon helps assess whether individuals with crippling disorders such as Parkinson’s, epilepsy or dementia can benefit from having part of their brain cut out or electrodes implanted. Matthew Quitasol works with people who have extreme types of obsessive-compulsive disorder (OCD) and may need to wash their hands 100 times in a row or burn their clothes after taking out the garbage.

The work can be draining, but all three clearly feel gratified that they have the opportunity to help people in such dire need. “It’s incredibly uplifting to see individuals learn and start to take back their life,” says Quitasol.

“It’s incredibly uplifting to see individuals learn and start to take back their life,” says Quitasol.

In the PhD phase of UTSC’s combined MA/PhD program, launched in 2013, students must do at least two practica in their initial years, as well as an internship later, notes Jessica Dere, Assistant Professor, Teaching Stream, and Practicum Coordinator for the Graduate Department of Psychological Clinical Science. The five-year PhD program aims to produce clinical professionals with a strong research bent, and these three students, working two days a week from September to April, are getting intense experience to that end.

At St. Joseph’s Healthcare Hamilton, Grimes works mostly with people considered Not Criminally Responsible (NCR) for crimes that can range from theft all the way to murder. Their mental health challenges can include schizophrenia, bipolar disorder with psychosis and other psychotic disorders, often combined with substance abuse. “To be found NCR, basically it must be determined that you didn’t know what you were doing was morally wrong at the time,” says Grimes, who is in Year 2 of her PhD.

Since a lot of her practicum involves assessing patients for the risk of violence, she meets some with security guards in the room. Patients can be hostile, she says, “but often the hostility is not directed towards me. In forensic psychology, often patients don’t want to be there and they don’t want help.”

But Grimes, who hopes eventually to work in a hospital in forensic psychology, says she has learned a lot from working with such populations. “Establishing rapport with someone in our settings is not a given. It takes effort, it takes work, and that’s the part I really like. When you can help people move forward with their lives, the challenge of getting there makes it that much more rewarding.”

"When you can help people move forward with their lives, the challenge of getting there makes it that much more rewarding," says Grimes.

Risk assessment is also a big part of Dhillon’s practicum. But she is helping a team at Toronto Western Hospital’s neuropsychology department decide, through intensive testing, whether patients with severe neurological diseases are good candidates for brain surgery. “The whole point is to make sure that if these people go ahead with surgery, they don’t take too much a hit in their thinking abilities,” says Dhillon. “For example, in the case of Parkinson’s, surgery might improve someone’s movement, but you wouldn’t want to go ahead if it was going to completely knock their memory out.” The assessments also involve people suffering from brain tumours.

Dhillon, a Year 1 PhD student, was very pleased to be able to do her practicum at Toronto Western, one of Canada’s largest neuropsychology clinics. “You really get a wide range of patients, because they get referrals from all over the place,” she says. She hopes to do similar work in her later career. “For me it’s very meaningful to be able to possibly give someone this treatment that will change their lives. I had a Parkinson’s patient who said after surgery, ‘I can sew again.’ I felt, ‘I’ve done my life’s work’,” chuckles Dhillon.

At the Frederick W. Thompson Anxiety Disorders Centre, part of Sunnybrook Health Sciences Centre, Quitasol is involved in the first Canadian program of its kind, where sufferers of severe OCD go through up to 12 weeks of intensive all-day therapy. Clients may be obsessed with contamination, washing constantly, or have “just right” OCD, in which they can’t leave the house without turning the lights on and off and locking the door dozens of times. “It is an incredibly debilitating disorder.”

The treatment, Quitasol says, can be compared to showing kids that there really is no monster under the bed, known as “exposure and response prevention”. Patients might be taken to an emergency room where others are coughing, and be shown that they can survive the experience. At the most extreme, they might even be invited to eat food that has been on the floor. “Usually, people with OCD are aware of how irrational their fears are,” he says. “There’s a lot of learning that can result from these techniques.”

Quitasol, now in Year 2 of his PhD, hopes to work in a university or hospital conducting research as well as a clinical practice. “In our program,” says Quitasol, “we’re encouraged to do good research that informs our practice.”

Near and Far: how COVID-19 will affect social interactions