Near and Far: how COVID-19 will affect social interactions 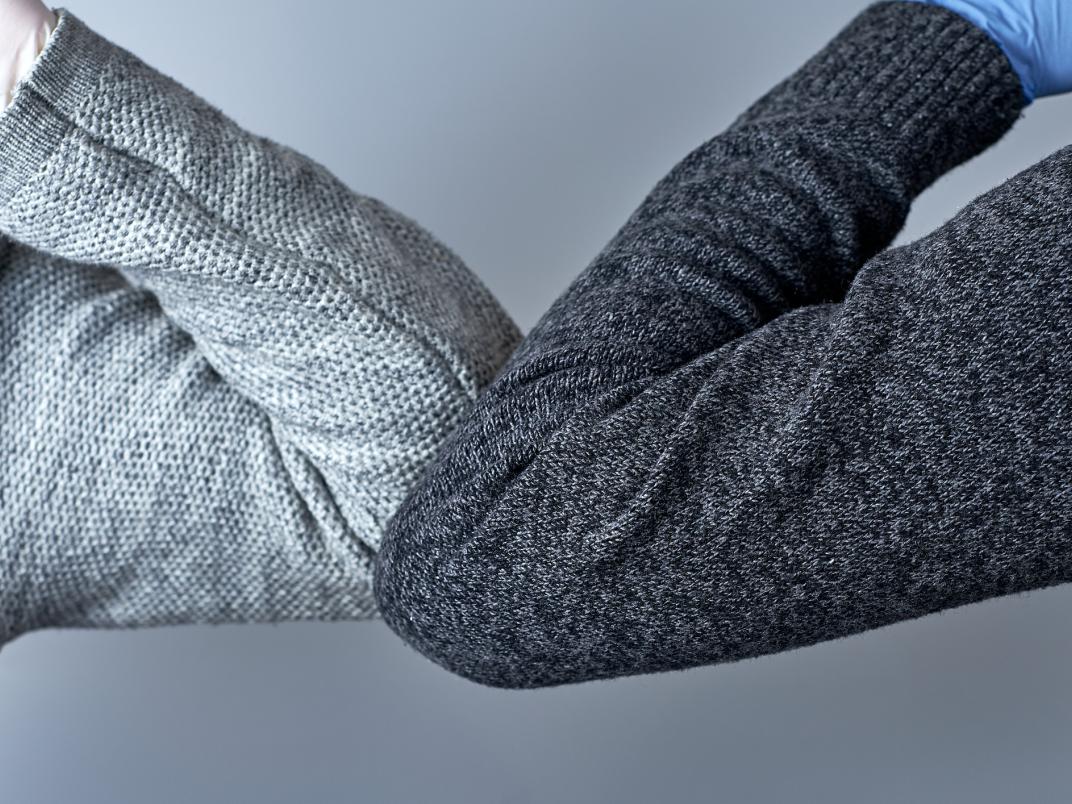 In the 1970s clip from the children’s television show Sesame Street, Grover – a blue and furry monster – attempts to demonstrate the difference between “NEAR” and “FAR”.1 In trying to make his point, Grover runs away from the screen and then closer to it over and over again. His imaginary audience is unable to get the distinction, and, after several attempts of exasperated running back and forth, Grover drops to the ground tired. The repetition of the practice of keeping distant while being socially connected has made many of us tired. After several months of social distancing, it is evident that the COVID-19 pandemic has ripped us away from our everyday expectations of social interaction and caused many of us to feel exhausted in our struggle to determine the difference between near and far. With no clear end in sight, how do we draw new lines of social intimacy? At which point is far not far enough? And when is near too near? Anthropologists may have something to teach us as we ask these questions and come to terms with this new normal.

It is a common assumption among many anthropologists that the distances we keep between us and other people are learned and become part of our social and cultural unconscious. For example, while it is common, if not expected, for Arabs and French to kiss each other on the cheek, people in England and North America shake hands and, in more familiar settings, hug, whereas Japanese tend to greet each other by bowing. Obviously, these social etiquettes differ on the basis of class, gender, national and regional differences. Edward T. Hall (1966) was the first anthropologist to study the use of space in relation to interpersonal communication. He distinguished four zones of space that existed between people: intimate (e.g. receiving or giving a hug), personal (e.g. reserved for family and good friends), social (e.g. for strangers) and public (e.g. public presentations). Hall was interested in the point when some people may feel intruded upon if these distances were not respected. These different possibilities of embodied spatiality have radically changed during the COVID-19 pandemic. “Social distancing” and wearing facemasks have become the norm in many countries, Canada included. While it might be easier to continue to bow (perhaps from a 2-meter distance now), we cannot kiss and hug family and friends or even shake hands with colleagues for a while. What is certain, anthropologists teach us, is that these new expectations of social distancing are going to be hard to follow, simply because they go against our embodied responses to social interaction and our learnt patterns of engaging and reading others (Russell 2020).

A question that comes to my mind is: what are some of the unintended side effects of enforced social distancing situations? In the short-run, and with some practice, I assume that most of us will adjust and learn to greet each other without getting too close. We certainly remain connected through the Internet and modern communication technology. However, there are bound to be long-term side-effects, especially on those who practice a more embodied way of greeting and on young people, especially toddlers and children, who are still learning to socialize. And what about the pandemic’s effects on groups who have already experienced social isolation and distance, as well as social and State violence and neglect, years before this pandemic broke out? Anthropologists have reminded us that “social distancing or social isolation has been a part of [the] cultural experience of marginalized population[s] for so long” (Rijal 2020). Indeed, some groups are considered dirty, polluting, or simply out of place, and the pandemic has been exacerbating – or, in the case of long-term care homes for instance, unveiling – the social stigma and systemic violence they experience. Mary Douglas famously wrote that dirt is “matter out of place”, and that “where there is dirt, there is system” (Douglas 1984, 36). In other words, we have always found ways to classify people and to exclude some from getting too close by using hierarchical systems that deem certain people and things as pure and others as impure. These include practices such as the caste system in India, gendered assumptions of purity, racial classification and segregation, and ableism. It is not a surprise that calling COVID-19 a “Chinese virus” led to attacks against Asians in North America. Neither is it shocking that in China, African migrants have become accused of being disease spreaders, probably because of their black skin, which local racist tropes associate with disease and danger.

Anthropologists have reminded us that “social distancing or social isolation has been a part of [the] cultural experience of marginalized population[s] for so long” (Rijal 2020).

What is also being revealed is how unsurprising it all is. The German philosopher Arthur Schopenhauer’s hedgehog dilemma provides a useful lesson.2  It teaches us that we make distance between ourselves in order to comfortably co-exist. The story goes: “One cold winter's day, a number of porcupines huddled together quite closely in order through their mutual warmth to prevent themselves from being frozen. But they soon felt the effect of their quills on one another, which made them again move apart. Now when the need for warmth once more brought them together, the drawback of the quills was repeated so that they were tossed between two evils, until they had discovered the proper distance from which they could best tolerate one another” (Schopenhauer, 1851: 651-652). The parable suggests that while we may come together in a time of crisis, the repulsive and exploitative properties that are inherent to social-political life (the hedgehogs quills) are also the very reasons that keep us somewhat apart.

In many countries, “social distancing” remains an elite and middle-class possibility that is built upon the sense of entitlement of a few and that creates further distance between social groups and social classes. One main reason for such a distance and disparity is the neoliberal moment in which we live, which is part of a projection of a sustaining but unworkable fantasy in an age of late liberalism. What anthropologists help us to realize is that the people most affected by the pandemic are the precariat; working men and women, homeless people, refugees, indigenous communities, and racialized peoples whose very bodies and labour are valued less. In Ghana, where I conduct my research, the “lockdown” affected large populations of informal sector workers (street vendors, market sellers), migrants who come from outlying rural areas, have no homes in the city, and cannot easily return to their village. In Singapore, where I am from, South Asian migrant workers were most at risk from the virus since they had little ability to practice social distancing and lived in cramped and unhygienic dormitories. In the U.S., COVID-19 has been described as a “racial timebomb” (Blow 2020). African Americans are more susceptible to the virus due to higher rates of diabetes, “higher poverty rates, higher mortality rates and lower life expectancies” (Blow 2020).

As we attempt to keep social distance amidst this pandemic what is simultaneously being revealed is the pre-existing distance between us as individuals and communities. The pandemic, in many ways is a mirror that reflects back at us our own personal, collective, and global shortcomings. Meanwhile, we continue to chant the mantra that the virus can attack all people. While this is epidemiologically the case, we also need to consider that policies such as “social distancing” and “lockdowns” hide deep unequal social structures. Also, some can afford to flaunt the rules more than others. It was not simply “pandemic fatigue” that brought crowds to Trinity Bellwoods Park. It was a sense of entitlement from people accustomed to years of capitalist ideas about individualization and the expectation that “I” deserve to have fun and to “live” as I choose. We need to remember that the suggestion that “water and soap save lives” does not translate effectively for many who do not have a home or sufficient access to water and soap, and that it is not a guarantee of protection for those who are working long hours on the frontline. We need to recognize that “home” is not always a safe place, especially for migrant workers, and for women and children in times of high rates of domestic violence. We have to acknowledge that it is not enough for governments to ask citizens to change the way we keep our distance from other without also transforming themselves and our pre-existing understandings of near and far.

1 My thanks to Jesse W. Shipley for bringing this video to my attention and for his nuanced analysis of its significance for the current pandemic.
2 I am grateful to Simon Lambek for the Schopenhauer analogy and to Michael Lambek for sharing it with me.