The fabric of who we are 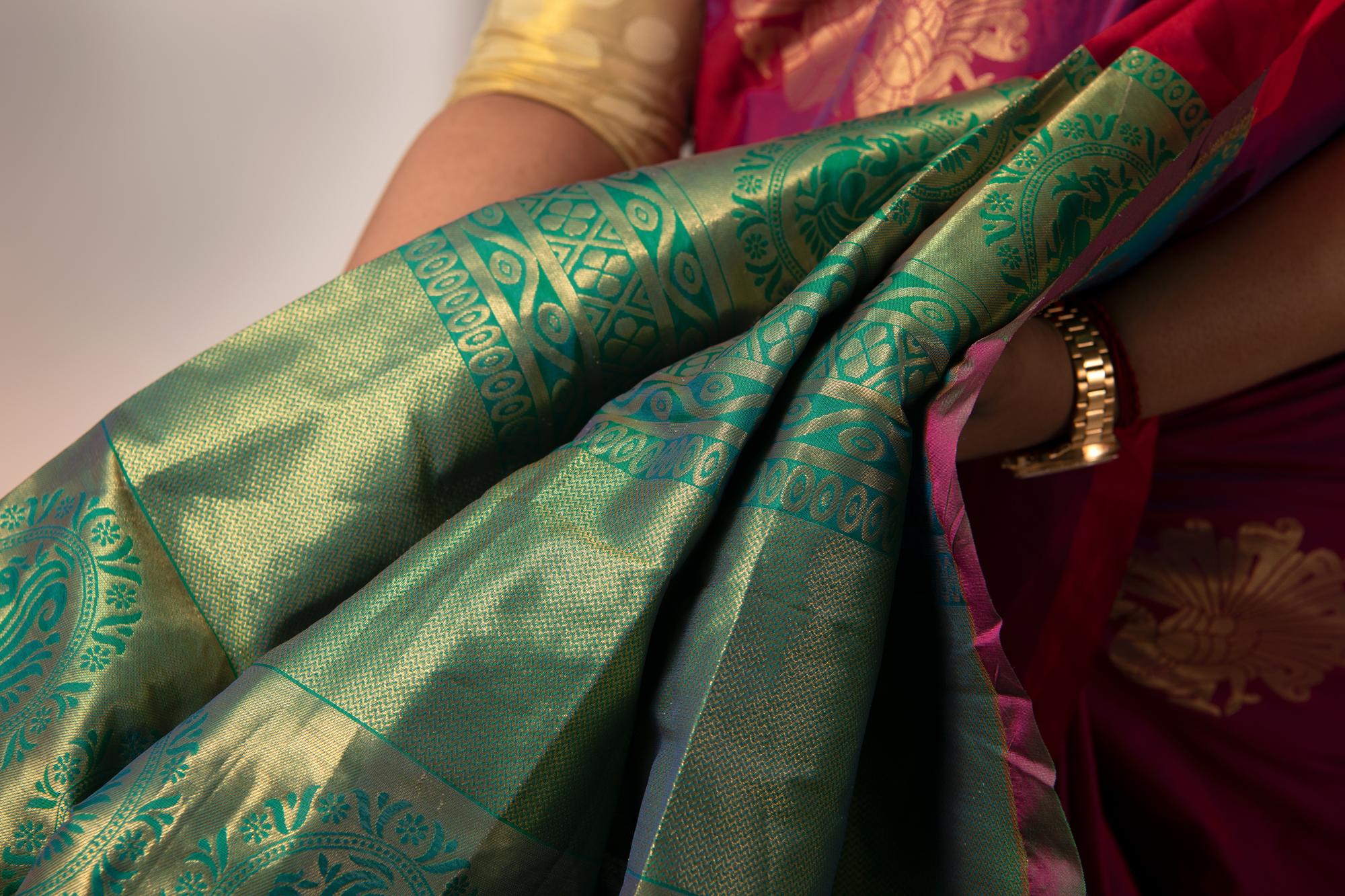 Stories behind some of the cultural clothing you may have seen on campus. (Photos by: Tina Adamopoulos)
Article Date
Tuesday, October 22, 2019

Clothes are a powerful thing — especially when we take the time to learn the significance they carry.

Here in the east end, our diverse populations is something we pride ourselves on. It’s the people that make our campus — students, faculty, staff and alum are the foundation of inclusive excellence.

One expression of our both our individuality and of our larger community is our clothing. At U of T Scarborough, we see a range of ways people express their stories and cultures, often in clothes that have cultural significance. Below are three personal stories and the meaning behind the clothes these community members choose to wear. 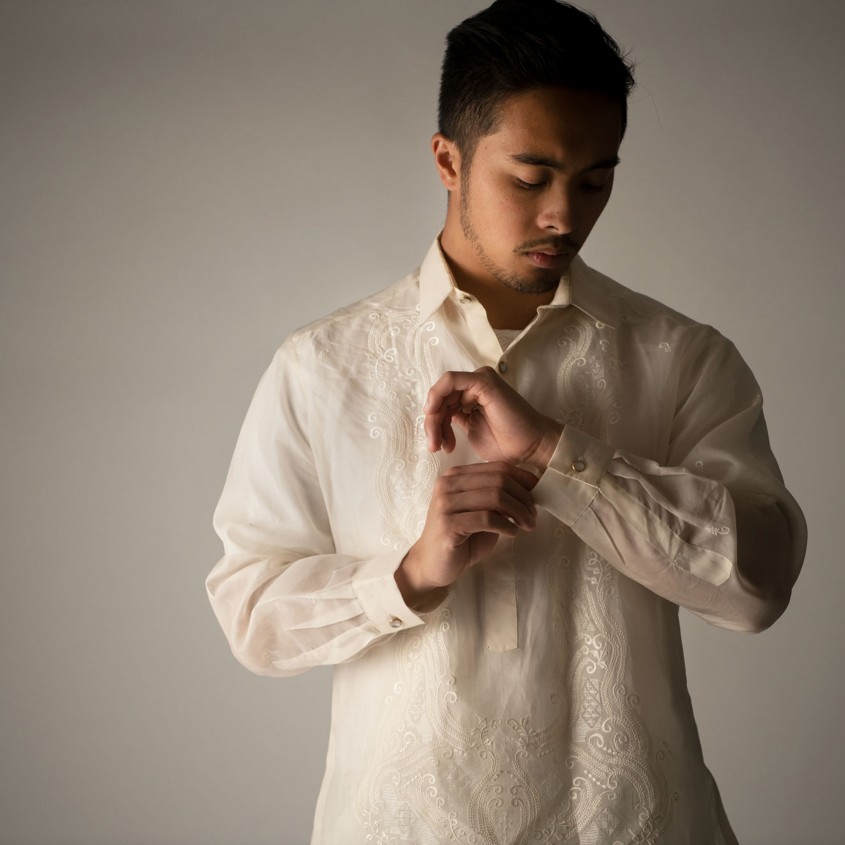 Alum and entrepreneur Axel Villamil decided to start wearing the barong tagalog at technology events. While he doesn’t speak Tagalog, he wanted to find a way to represent his culture. The barong tagalog was a gift from his mother, given to him during a trip to the Philippines, which he wears with his own flair. He has worn it with jeans and sometimes dress shoes or sneakers.

“I thought, why doesn’t my generation wear it here?” Villamil says. After talking about it with a friend, they concluded that it’s their generation’s role to keep the traditions of their parents alive in Canada.

Worn at weddings, special events and by government officials, the barong tagalog is known as official formal attire of the Philippines. Made out of pineapple fibres, it keeps the wearer cool in hot weather – it’s not a good idea to wear a tuxedo, Villamil says. (He’s tried.)

Villamil originally shared a post on Instagram about his decision to start wearing it to entrepreneurial events. He explains that the barong tagalog has even been modernized in recent years. VINTA Gallery, a clothing brand in Toronto, creates designs with new colours, embroidery and styles.

When it comes down to it, “You can’t forget where you come from,” he says.

“You have the family that moves here and tries to assimilate and they have kids. The kids have to understand how it feels to be wherever they are in the world,” Villamil says. “It’s grabbing pieces of our culture and bringing it back and how that fits all together as one.” 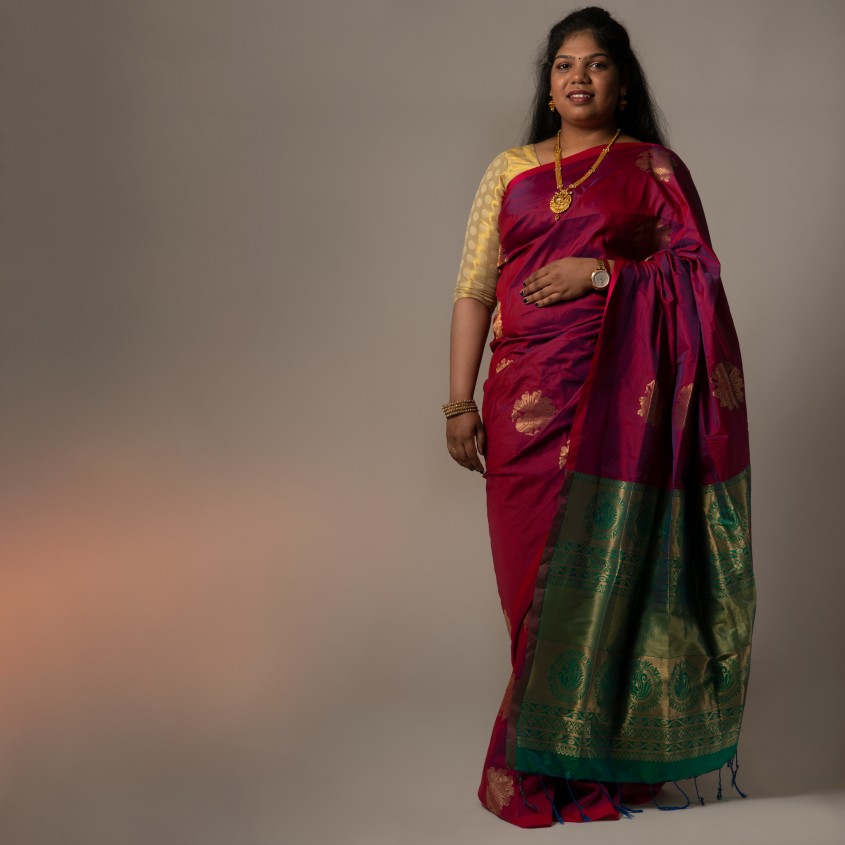 When Tharscika Ramaneekaran arrived for her photo shoot with UTSC Commons, she was having a little trouble wrapping her saree. Nisbeth Ahmed, business officer in development and alumni relations, stopped, offered to help and the two spent about 20 minutes chatting about wrapping styles while pinning and pleating. Thanks to the  help, Ramaneekaran was soon perfectly pinned and ready to go.

“My mom always helps me with it. It’s a learning process,” she laughs.

Ramaneekaran is the culture director of U of T Scarborough’s Tamil Students’ Association.  You may have seen her wearing a saree when she performed a Villuppaattu, or bow-song, alongside her father as part of a Tamil Heritage Month celebration on campus.

Sarees, called selai or pudavai in Tamil, are worn for special events and made from an array of cottons and silks. They feature different patterns and borders and are usually light on the body. Others worn for weddings are heavier, featuring stonework or gold and silver metals, she explains.

Ramaneekaran chose a saree with golden embroidered peacocks on deep pink material, made of equal parts cotton and silk with a thin border. About four metres long, she explains borders can even be tailored to symbolize something personal in the owner’s life.

As a child in Sri Lanka, Ramaneekaran would watch her mother wear different sarees to events, and dream of being able to own one herself. As a second-generation Tamil-Canadian, she moved to Canada in 2012 after her family fled Sri Lanka’s civil war. Carrying on tradition and culture through art, including clothing, is something she is proud of.

“I’m representing an entire population. I’m very proud of that,” she says. “I know the value behind it and carrying our culture,” she says. “If I don’t learn how to do these things, how am I going to pass it down to my kids? I want to preserve our history and tradition.” 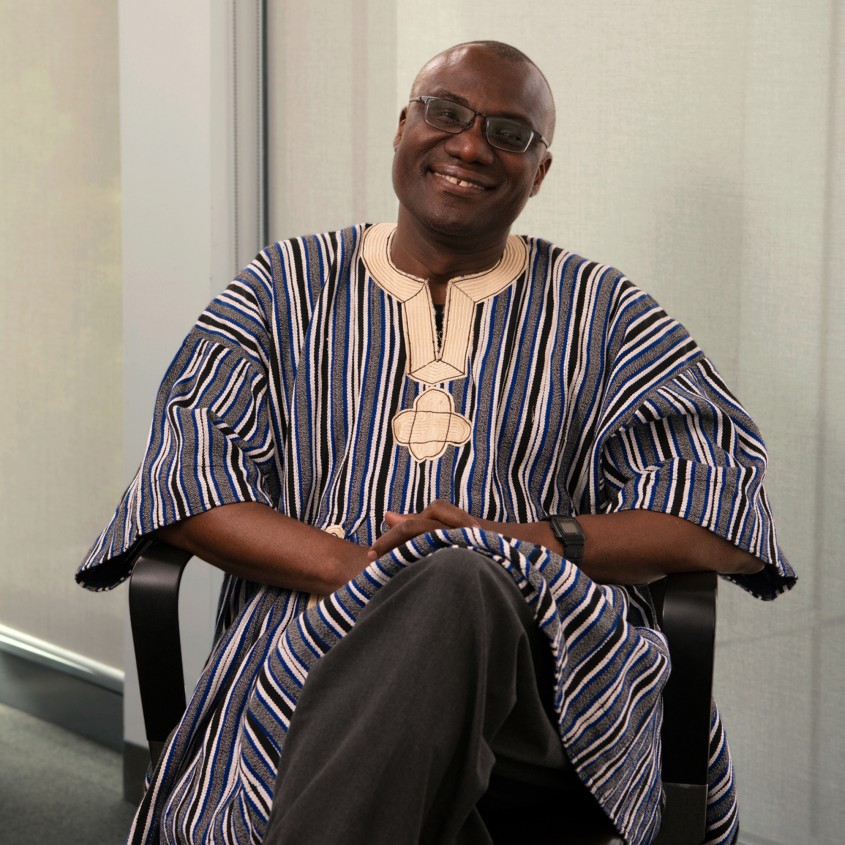 Wisdom J. Tettey
Vice-President, U of T, and Principal, U of T Scarborough
Fugu (Ghana)

As the eleventh principal of U of T Scarborough, Wisdom Tettey’s vision of inclusive excellence is rooted in the belief that “the character of the campus be amply demonstrated in our daily routines, be embraced and proudly acknowledged by all.”

In his first year in office, there have been several examples of Tettey’s own testament to his vision of inclusive excellence — part of that can be seen in the traditional African clothing he has worn to campus.

“It’s important in the context of pulling cultures together that we reflect on different cultures and experiences, and what we wear reflects the story of who we are and where we come from,” says Tettey, who is a renowned professor in African media, politics and diasporas.

While Tettey is from southern Ghana, and grew up in the capital city of Accra, he has worn traditional clothing of northern Ghana, the fugu (or smock), on campus. The vibrantly dyed and loose-fitting fugu is made of cotton and sometimes features an embroidered neckline.

The fabric is traditionally made on a loom, then its pieces are stitched together, but mass production has changed the process. While the fugu is worn as everyday attire, it is also worn on formal occasions. It’s often confused with the batakari, which includes trousers and longer top, made from various fabrics.

“If you went back to the night of Ghana’s independence, all of the leaders were in smocks,” Tettey explains. “Symbolically, it registered pride in our own identity and ability to run our own affairs.”

While he wore U of T’s traditional robes at his installation, he chose three African songs to be played during his ceremony.

Tettey’s songs were carefully chosen. Dry Your Tears, Afrika, a poem by Ivorian novelist Bernard Binlin Dadié (and composed by John Williams for Steven Spielberg’s Amistad), played over Tettey’s robing ceremony. The poem, which was translated to the Mende language of Sierra Leone from its original French, talks about Africa’s children returning home, and symbolized not only Tettey’s connection to the continent, but also speak to marginalized communities on campus.

For Tettey, the choice of songs and of wearing traditional attire on campus, is partly about promoting “conversations and inter-cultural education, communication and understanding.” He notes, furthermore, that

“You represent multiple identities.  I am a product of western education, but also part of something that is not,” he says. “I don’t think I need to bury part of who I am in order to elevate a different part of who I am.”