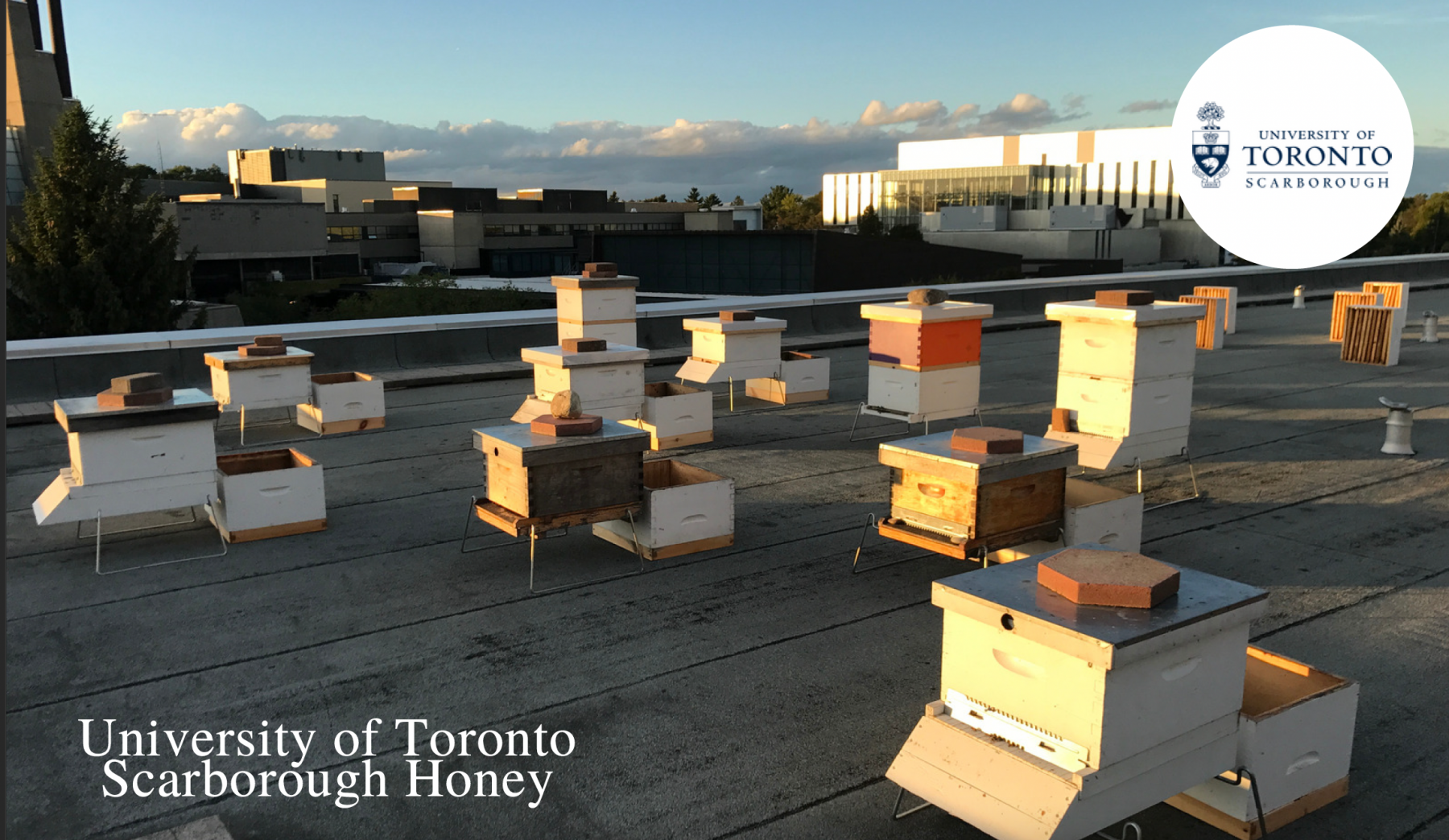 Natural Honey from The Roof Top apiary U of T Scarborough

There are ten hives on the UofT Scarborough MW rooftop. Each colony generated an average of 87.5 lb honey this season. All the bees are monitor by Tom Nolan, the founder and president of the Urban Toronto Beekeepers’ Association and his wife Sonia Rojas Rodriguez. There are two season of honey production on the rooftop, the first season is from early July to August which creates lighter and milder taste; the second season is from September to the end of fall which gives a richer and heavier taste.